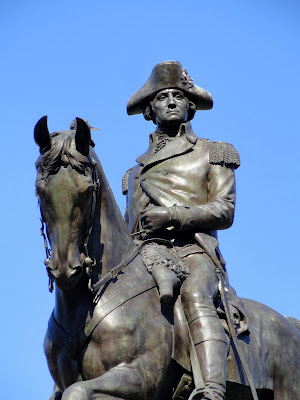 This Monday’s federal holiday officially commemorates the birthday of our first president George Washington (b. Feb 22, 1732). In many states this is called Presidents Day and is meant to both commemorate the men who were presidents and honor the office which they held. In five states (including our own Minnesota) those February Presidents Lincoln and Washington are the special objects of our civic honor.

Patriarchy means rule of the father. A patriarch can also refer especially to the beginning father or the founding father. Abraham, Isaac, and Jacob (Israel) are called the patriarchs of Judaism. Christianity is deeply patriarchal with the model prayer taught by Jesus petitioning that  God our Father will extend His rule in heaven over all the earth. Americans have always referred to Washington as a founding father, and our most affectionate name for Lincoln came from the black tradition: 'Father Abraham.' 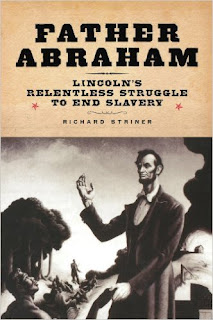 We honor George Washington today (Read this AOA profile as your civic duty for the holiday)  for leading our first national army to victory in winning independence from the British, for acting 8 years as our first president under the 1787 Constitution, and for giving up the office of authority establishing a tradition of peaceful succession for the commander-in-chief of the military. "First in war, first in peace, first in the hearts of his countrymen." In Washington’s farewell address to his troops, he prayed that the brotherly bonds of affection forged in war would animate the bonds of citizenship in the new republic. Men who believed in republics rather than monarchy still believed in authority, fatherhood, and God. They knew that men in protective and productive civic groups needed strong leaders with considerable discretion to act for the group. As Washington wrote:

"It is impossible to govern the world without God. It is the duty of all nations to acknowledge the Providence of Almighty God, to obey his will, to be grateful for his benefits and humbly implore his protection and favor."

There is in our land a hatred of the father and a rebellion against authority which destroys community. It is a repudiation of God the Father and disrespect for authority figures from the local policeman to the President. Abraham Lincoln in one of his first public speeches as a young man to the Young Men’s Lyceum of Springfield decried the mobs and hate and violence that were infecting public life and replacing the civic bonds of affection that come from men living under God and the Law together. (See Matthew Holland’s Bonds of Affection describing the twofold love of American civic life.) President Trump reminded us in his inaugural that the loyalty of patriotism by its very nature deepens the loyalty of Americans to one another. (AOA on our current President)

There can be no community if there is no authority and respect for law. The baby boomers were wrong and that disastrous party is now over. The adolescent death yelp we are hearing across the nation is a primal recognition that a certain kind of partying is coming to an end. There can be no civic peace in our cities unless there is a renewal of fatherhood in our families. But we do not have to wait a generation for the  spiritual renewal of marriage and good dads. There are city fathers in blue patrolling every city in America. A great blessing of American civic life is the republican tradition of local universal male protective duty expressed in the militia tradition and policing as a local responsibility. The local male citizens in every city, town and county can offer to young males the identity and status which comes from taking up our shared duty of protection. This is the classic definition of that much abused form of male bonding-politics.
If the criminals are getting the upper hand in certain neighborhoods, then there are American fathers garbed in blue who can come in and take care of our spiritual widows and orphans. Politics is the communal strategy of making fatherhood available to all young males in the territory.  The anti-political forces are a strange combination of brutish predators, violence prone adolescent anarchists,  and effeminate careerists. They all would undermine a civic presence of masculine protectors. Patriarchy and fraternity are not the problems -- they are the solution. Fathers know we need a brotherhood of fathers to protect a nation or a city. We know fatherhood and duty are not based on color but they are entirely dependent on gender. We know the household is not safe if the city is not strong. The great Presidents and Patriarchs called men and their sons into a common identity as American citizens.  The founding fathers who shaped the initial bond of American citizenship and the brave men who secured that Union under Lincoln have bequeathed to American men of every color a template for civic brotherhood under the Fatherhood of God.


Let us build our country. Let us thank our God. Let us teach our sons. Let us honor our fathers. 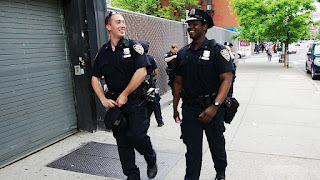