"More than any other power, the Russian Empire had religion at its heart." 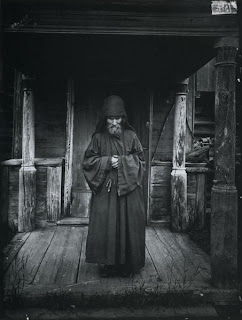 Orlando Figes is a young London professor who has written extensively on Russia. In his book on the Crimean War, he refuses to marginalize religion. "The tsar, Nicholas I, the man more than anyone responsible for the war... above all believed he was fighting a religious war, a crusade to fulfill Russia's mission to defend the Christians of the Ottoman Empire."

Figes treats as crucial what most historians dismiss in a footnote -- the long tradition of Russian pilgrimages and stewardship of the Holy Land -- resulting often in pitched battles between Eastern and Latin monks for control of shrines and churches such as the Holy Sepulcher in Jerusalem.

Russia was "a civilization built upon the myth of Orthodox succession to the Byzantine Empire... [with dreams] of the conquest of Constantinople and its resurrection as the Russian capital." Russians felt deeply betrayed by the decision of France and England to ally themselves, not with another Christian state, but with the Turkish Muslims. Dostoevsky (a soldier at the time) portrayed this as the 'crucifixion of the Russian Christ.'

Maybe we in America have shut our ears to the Holy Spirit's challenge to start a religious initiative to Russia, to unite as protectors of beleaguered Christian minorities around the world -- and for both nations to do all in their power to steer China and India to become Christ-bearers. (Francis Fukuyama on today's China: "The regime no longer has any guiding ideal around which it is organized.") 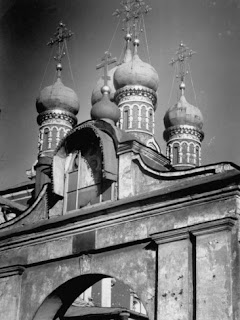 One of the consequences of the Crimean War was the decision of the Tsar to emancipate the serfs in 1861. Professor Figes says:

"Freedom of a sort, however limited it may have been in practice, had at last been granted to the mass of the people, and there were grounds to hope for a national rebirth. Writers compared the Edict to the conversion of Russia to Christianity in the tenth century."

[From a British newspaper story a few days ago:

"It's become something of a Christmas tradition: the annual ecclesiastical punch-up at the Church of the Nativity in Bethlehem. This year the Palestinian riot police had to be called in after it all kicked off again, with a hundred or so Armenian and Greek Orthodox monks bashing seven bells out of each other with brooms..."]