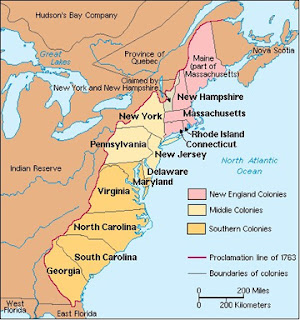 By 1775 there were about 2 ½ million settlers in the colonies.  (The population of Britain was more than three times greater.)
Posted by Farmer at 5:15 PM