"THIRTY-SIX MILLION people in China, including my uncle, who raised me like a father, starved to death between 1958 and 1962, during the man-made calamity known as the Great Famine. In thousands of cases, desperately hungry people resorted to cannibalism.

"After 50 years, the famine still cannot be freely discussed in the place where it happened. My book 'Tombstone' could be published only in Hong Kong, Japan and the West. It remains banned in mainland China…" 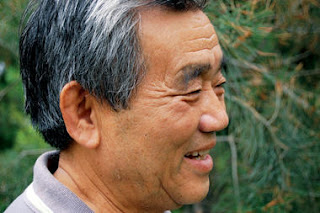 Thus begins Yang Jisheng in his recent essay in the ‘NY Times.’  God bless the prophets who refuse to swallow lies.

Here is an earlier profile of the author; and a link to his book.


UPDATE:  Some interesting video from an old PBS documentary.