The oldest building on the Princeton campus 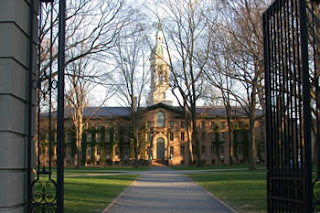 Constructed a couple decades earlier, Nassau Hall suffered damage during the Battle of Princeton early in 1777.
(This was about a week after General Washington led the night-time crossing of the Delaware River to surprise the Hessians, whom he guessed would still be in their Yuletide cups).

The building – which remains the anchor of today’s university – served as the U.S. capital for several months in 1783.

(From there the seat of government moved to Annapolis, and then to the French Arms Tavern in Trenton.  The complete list of our national capitals may be found in this article).

Who was the only religious minister to sign the Declaration of Independence?  The Scottish clergyman John Witherspoon (president of the college from 1768-1794). 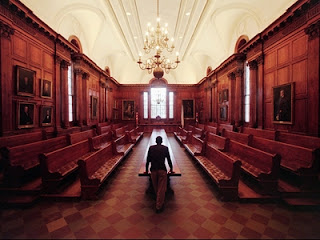