Friday BookReview: Dawson's grand brushstrokes of history as if God exists and Christ is its center


"This great central truth (the Christian doctrine of the transformation of human nature in Christ) has been obscured and often forgotten by the religious individualism of the last two or three centuries which conceived salvation as a happy after-life to be attained by pious individuals as a reward of their moral perfections or religious practices. But the Christian idea of salvation is essentially social. It has its roots in the Old Testament in the conception of the People of God and the prophetic teaching of the restoration of Israel and the progressive manifestation of the divine purpose in history... The mystery of the Incarnation is the birth of a new humanity through which man is incorporated into the unity of the Divine Body... All temporal events and all changes in culture are in some way to be related to this central reality."
(Christopher Dawson, d. 1970)

Dr. Pence's reaction to Dawson's The Judgment of the Nations:

Armed conflict -- especially with the contest in doubt -- often clarifies for religious men the larger drama shaping the role of nations in God's divine plan. C.S. Lewis' Mere Christianity grew from his radio addresses in England during World War II. Judgment of the Nations by another wartime Englishman, Christopher Dawson, was written from 1938-42.

For Dawson, the cohering principle of national cultures is religion. Thus, he argued that the eleventh-century schism between Latin Catholics and Greek Orthodox, as well as the 16th-century Protestant Reformation, tore asunder the spiritual unity that bound the empires and nations of Europe. The great wars of the twentieth century were the failed attempts of the West to socially organize itself apart from this lost religious center. "The racialist ideology like the Communist ideology... was an attempt to find a substitute for the spiritual reality in some other social element which is primary and indestructible. But Europe... was a spiritual reality and cannot be replaced by a biological or economic unit, for these belong to a different plane of social reality."

Dawson is explicit in a chapter on the failure of the League of Nations. He thought its universalistic tendency (a league of all existing states) was too wide and its real political-military basis (the military supremacy of a small group of founding Powers) too narrow. He argued that "the very idea of international law"... has "its ultimate basis in the belief in a transcendent spiritual order... a natural and divine order to which States and peoples as well as individuals were subject." His emphasis in positing natural law was not its accessibility to human reason but its grounding in the Eternal Law of the spiritual order from whence it springs. Surveying the wreckage of armed atheism, he was unafraid to call for a more solid religious basis for the next international structures of agreement.

His lesson went unheeded. The United Nations was organized by legitimatizing all existing States as equal voting members, rewarding war victors with the Security Council, and positing individual rights as a transcendent. The creature -- the human person with no reference to God -- and some rather dubious States claiming sovereign rights of their own became the twin golden calves of the new international order.

As bleak as this sounds, there is nothing in Dawson that resonates with a contemporary tendency of religious men to retreat from the messy struggle of the nations and the exercise of armed authority. Dawson had learned from Augustine that history is a linear dynamic process ending in the realization of God's purposes. He does not ask us to return to medieval Europe but to understand that once there was a Europe united by a social reality that both allowed and transcended bonds of fatherland, blood, and language in a wider body of nations. Because the Christian view of history "is a contemplation of the Divine irruption in time" this can happen again especially if Christian men do the intellectual work to infuse the nations' discourse with spiritual purpose. This was the basis of the Sword of the Spirit movement modeled after the prophets of Israel who "in all the crises of history that changed the course of history saw the hand of God and for each crisis there was a corresponding Word which it was the mission of the prophet to declare."

What full-throated men were Dawson and Cardinal Arthur Hinsley -- leaders of that movement advocating a total war against the Nazis. "Total" meant a war effort which understood the spiritual stakes of the conflict which if unattended would leave even military victory incomplete. Winston Churchill once said that the only adequate defenders of Britain's war aims were Cardinal Hinsley and himself. How different these men were from the thin-chested orthodox Catholic graduate students today who sip their lattes and find one more scholastic fine point keeping them from their nation's battlefields. 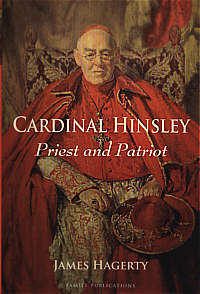 As American evening news has become a mixture of consumer reports and medical updates for individuals, our moral theology has become a list of principles and values accusing history and public actors of being imperfect. The rights revolution is extended to stem cells waving their banners and this is considered deep thinking at Catholic conferences. The purpose of the nations and protective authority is eclipsed. Better to scold the City Fathers to forgo capital punishment and war then to seriously address how to establish civic authority to fight evil at home and abroad.

But the religious awakening in the Islamic Mideast with its deep Shia/Sunni rifts, the great threat to Christians at the fault lines of these popular outpourings, the fall of the Soviet Union, the bizarre inadequacy of the atheist sexual left, the rise of a Christian global South, the mastery by the Asian tigers of the machinery of industry and the market... and their assertion of authoritative Confucian and Asian morality against the intemperance of "Western values": All these await an outpouring of the Spirit, a new spiritual coherence of the Church and a new alignment of the nations.

The "Modern West" is just what Dawson said it would become if it lost its spiritual center. It decayed; it died; and it is rotting. Its name is an unbounded concept of time and space. For it has no defining limits in sacred space or holy season. 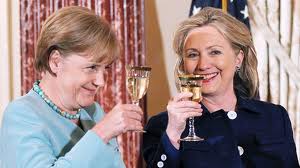 These foes are not as tough as the military forces of Japan, Germany and the Soviets. They reign because we Christian men are decidedly weaker and less magnanimous than the men of Dawson's day. But the fate of the nations is not dependent on men alone.

We await an irruption of the Spirit. As Michael Keating in his forward reminds us: "It was in hope of bringing the compelling Christian vision once more to a western society, that had forgotten God to its own great hurt, that Dawson published the book."

Dawson understood the sinews of old Europe and in this book he championed a new confederation of European nations whose core identities would be Christian. Both West Germany's Adenauer and France's DeGaulle would favor this approach after WWII. In later books Dawson recognized that many more nations of the South and East could be configured under a spiritual banner. He envisioned a new alliance of nations-each with its own vocation. This would no longer be limited to a single region. He foresaw that the Church would once again provide the only truly supranational community which would temper the nations while respecting their organic sacral character. This realization could surely be one of the yet maturing fruits of Vatican II.

The Modern West is dead, but the Church amidst the nations is alive and well. Give thanks for this reissued book and sit with Mr. Dawson anew. The judgment of the nations sharpens the sword of the spirit. The language of Christian historians and foreign policy analysis must become ever more grounded in the spiritual realities which will give light to our day. In the midst of war Professor Dawson knew both the depravity of the enemy and the power of God. On the book's last page, he encourages us: "For the powers of the world formidable as they may appear are blind powers which are working in the dark and which derive their power from negative and destructive forces. They are powerless against the Spirit who is the Lord and Giver of Life."
Posted by Farmer at 12:06 AM