"Monarchies and much of the world's aristocracies despised American democracy... Queen Victoria and British Prime Minister Palmerston, France's Napoleon III, Spain's Queen Isabella, and Pope Pius IX were happy to see conflict in the only nation on earth where people ruled themselves. 'Every friend of despotism rejoices at your misfortune,' wrote London Times correspondent William Howard Russell."          (from a reader review of Mr. Doyle's book)


The Cause of All Nations is subtitled "an international history of the American Civil War" by University of South Carolina professor Don H. Doyle. He wrote an earlier book comparing two nations with North-South regional differences -- the United States and Italy. That work introduced him to characters and European perspectives from the 19th century when Italians were forming a nation and Americans were testing one. Doyle emphasizes the Italian (and opposing papal) viewpoints of our Civil War, as well as describing the "return of the empires" by France and Spain in the Americas. There could have been a short chapter about how diplomatic recognition and free trade with the South for France, Britain, or Spain would have internationalized a world-wide naval conflict over the cotton trade. But the author leaves those matters to others while his interest is to place support for the North or South in terms of movements in Europe and the Americas pitting republican nations against monarchical empires. With American military forces in civil war, there was no one to enforce the Monroe Doctrine allowing "the empires' return."

In 1861 Spain annexed the Dominican Republic and France invaded Mexico. The annual 'Cinco de Mayo' celebration in Mexico is a memorial of the Mexican army's victory in the Battle of Puebla (the Fifth of May 1863) against the French invaders. That was one of the few early victories as Emperor Napoleon III was successful in establishing a Catholic monarch, Maximilian, as emperor of Mexico. The Mexican nationalists fought a sustained war against the Second Mexican Empire. The French troops eventually withdrew in 1866, and Maximilian was executed in 1867. He had accepted the Emperor title from Catholic Mexican aristocrats and saw himself as a true protector of the nation. As he bravely faced his execution he said, "Men of my class and station are meant to protect or be martyrs of the nation. I forgive all and ask all to forgive me. My blood is to be shed for the country." Maximilian had authored the Black Decree (October 1865) outlawing any gathering of armed men, with a penalty of execution to be carried out within 24 hours of the crime. More than 10.000 men were killed under that Decree and a generation of Mexican men were raised considering liberty and fraternity to be the cultural alternative to the tyranny of a Catholic order.

The Dominican Restoration war (1861-1863) ended with an empire's withdrawal as well. The Dominican Republic was restored with the withdrawal of Spanish troops in 1863. In that republic the Catholic Church was tied to  both republican and monarchical national movements. This would always be true in "White Catholic and Hispanic" Dominican Republic -- which has always defined herself most sharply from her neighbor invaders from "Black, Catholic/voodoo and French-speaking" Haiti.

In Italy, the republican nationalist movement was directed against foreign empires (Austria and France) that controlled major sections of the geographic boot of Italy. Those Catholic emperors and their armies protected the Pope and Papal States from the claims of Italian nationalists like Mazzini (1805-1872) and Garibaldi (1807-1882). The men of the Risorgimento (the resurgence) believed that liberty depended on men forming nations under God. They would unite the entire geographical peninsula under the new bonds of fraternity forming the Italian nation. They remembered the Roman republic. They wore red-shirts linking that color with revolution for the next century. The Italian nationalists and their bonds of  fraternity were not as godless as the French revolutionaries or many of the Mexican revolutionaries. When Pius IX ('Pio Nono') was first elected, Italian nationalists and Catholic "liberals" throughout Europe were elated. This did not last long after the papal Secretary of State was assassinated and the pope exiled during the six-month Roman Republic. He was restored by French troops of Napoleon III who repaid his conservative Catholic French supporters with military protection for the pontiff. The pope became the enemy of the republicans, modernists, and liberals as he allied with foreign Catholic monarchs and emperors. The Catholic Church, founded on the apostolic fraternity of Holy Orders, became the enemy of political fraternity from the Masons to extra-ecclesial political clubs. This has led to a devastating impoverishment of Catholic political thought in developing a communal masculine ethic of citizenship and republican fraternity. The Popes did however remind men of a central truth often lost in that revolutionary age of "the people." Fraternity apart from God would lead to murder by the mob.


Professor Doyle shows how Southern diplomats cultivated the sympathy of Pius IX and Emperor Napoleon III of France. This was certainly not an obvious alliance springing from Southern religion. The diplomats painted the Northerners as the mob against authority and were aided by the Irish-born bishop of Charleston: Patrick Lynch. The bishop wrote successfully to the pope to enlist him in urging Catholics in every state to support a "bid for peace." When Jefferson Davis was in prison he had on his wall a signed papal missive to show support. The pope approved the replacement of the anti-clerical Benito Juarez (1806-1872) with the Catholic Austrian Emperor’s brother Maximilian to be the new Emperor of Mexico. This combination of support for the French invaders of Mexico and sympathy for the South to establish buffers against the "radical puritans" of the Anglo-Saxon Protestant United States is what Doyle called the "Latin Strategy." Doyle's book, one reviewer said, was like visiting a well-known restaurant but getting there by a completely new roadway. It is a road that uniquely presents crucial events and characters in the 19th-century emergence of political fraternity as an enemy to slavery and an advocate of national republics.


The book ends with a beautiful exposition of the Statue of Liberty -- originally named "Liberty Enlightening the World." This gift from the French people was erected in 1886 after being built in France in stages for many years. At her feet are the broken chains of slavery. In her left hand is a book representing the law necessary for freedom; and her outstretched right arm is the light pointing out toward the open seas. A free republic (government by, for, and of the people) with no slavery to bind its feet now lights the way for the rest of mankind. The New York harbor may be a home to the refugees of the world, but that was not the deepest meaning of the French gift. For Doyle and our French benefactors, the statue is a thankful reminder that the Civil War was about "a last best hope for earth." The Law in Lady Liberty's hand was not the Constitution of 1787, but the document of July 4, 1776, declaring all men are created equal. What the French memorialized twenty years after the Civil War, the old Italian freedom fighter Garibaldi had known from the onset. When he was asked early in the war to lend his name and possibly lead a force in the Union Cause he said, "Tell me also if this agitation is regarding the emancipation of the Negroes or not." Comparing Lincoln’s First Inaugural, the Gettysburg Address, and the Second Inaugural provides dramatic historical evidence that, for the best of America's leaders, it was late in the course of the war that the true meaning of the conflict emerged. That hiddeness of Divine Providence in the lives and wars of nations is one of the many lessons that can be learned from studying this book's exploration of emerging nations, the dying European empires, and the American Civil War. 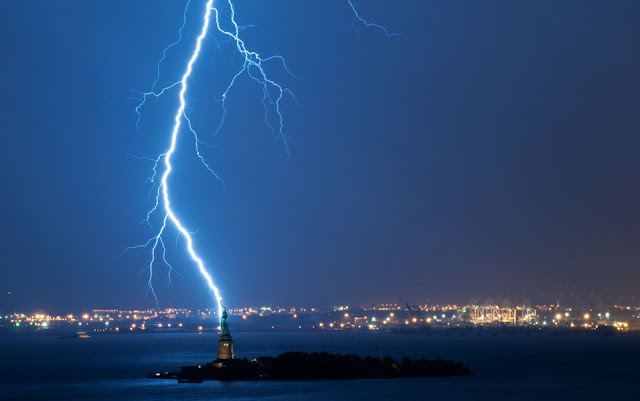 UPDATE: Here is an interview with Professor Doyle (conducted by Sidney Blumenthal, longtime adviser to the Clintons).

Some excerpts from a review in the 'Wall St Journal':

Americans tend to think of the Civil War in a kind of geographical vacuum, as a purely American contest at which other nations were mere passive spectators. Don Doyle, a professor of history at the University of South Carolina, vividly demonstrates that, far from being a “ ‘brother’s war’ fought by Americans over uniquely American issues,” the Civil War was an earthshaking event that threatened and engaged the governments and people of Europe, from the British Midlands to Rome.

So thoroughly have liberal political values today triumphed around the world, says Mr. Doyle, that it is hard to remember that, a century and a half ago, the United States was the world’s only significant republic. European reactionaries and defenders of a hierarchical status quo exulted when America’s “republican experiment” seemed to collapse in on itself. Lord Palmerston, the British prime minister at the time of the American Civil War, remarked of the embattled North that it “shows that Power in the Hands of the Masses throws the Scum of the Community to the surface,” while a French cabinet officer blithely told a visiting American: “Your Republic is dead, and it is probably the last the world will see.”

... The Union victory in 1865 emboldened popular democratic movements everywhere in Europe. The consequences of a Confederate victory, Mr. Doyle asserts, would have been far-reaching, not just for the United States but for the world. He writes that “it would have meant a new birth of slavery rather than freedom, possibly throughout the Americas.” 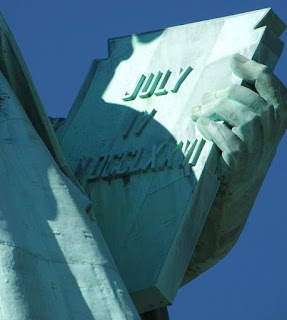 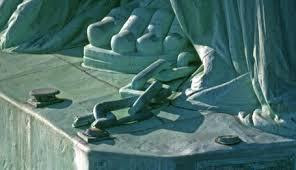