Friday BookReview: "[No other poet] has the kind of deep, gut vitality that Roethke's got"


James Dickey insisted that no American had ever written better verse than Theodore Roethke (who died in the summer of 1963).

Dickey writes: "I think Roethke is the finest poet not so much because of his beautifully personal sense of form ... but because of the way he sees and feels the aspects of life which are compelling to him.”

Normal everyday Joes give him high marks as well. 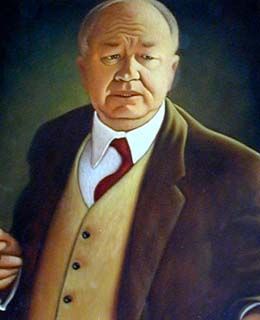 Years ago I came across 'My Papa’s Waltz':

The whiskey on your breath
Could make a small boy dizzy;
But I hung on like death:
Such waltzing was not easy.

We romped until the pans
Slid from the kitchen shelf;
My mother’s countenance
Could not unfrown itself.

The hand that held my wrist
Was battered on one knuckle;
At every step you missed
My right ear scraped a buckle.

You beat time on my head
With a palm caked hard by dirt,
Then waltzed me off to bed
Still clinging to your shirt.


Here's an audio of Mr. Roethke reciting the following poem:

"I knew a woman, lovely in her bones,
When small birds sighed, she would sigh back at them;
Ah, when she moved, she moved more ways than one:
The shapes a bright container can contain!
Of her choice virtues only gods should speak,
Or English poets who grew up on Greek
(I’d have them sing in chorus, cheek to cheek).

How well her wishes went! She stroked my chin,
She taught me Turn, and Counter-turn, and Stand;
She taught me Touch, that undulant white skin;
I nibbled meekly from her proffered hand;
She was the sickle; I, poor I, the rake,
Coming behind her for her pretty sake
(But what prodigious mowing we did make).

Love likes a gander, and adores a goose:
Her full lips pursed, the errant note to seize;
She played it quick, she played it light and loose;
My eyes, they dazzled at her flowing knees;
Her several parts could keep a pure repose,
Or one hip quiver with a mobile nose
(She moved in circles, and those circles moved).

Let seed be grass, and grass turn into hay:
I’m martyr to a motion not my own;
What’s freedom for? To know eternity.
I swear she cast a shadow white as stone.
But who would count eternity in days?
These old bones live to learn her wanton ways:
(I measure time by how a body sways)."

Whenever I visit the indoor tropical garden at Como Zoo, I stop to stare at the sloth in the tree -- and think of this poem:

"In moving slow he has no Peer.
You ask him something in his Ear,
He thinks about it for a Year;

And, then, before he says a Word 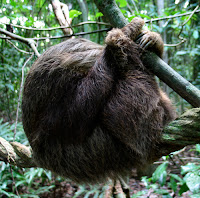 There, upside down (unlike a Bird),
He will assume that you have Heard

A most Ex-as-per-at-ing Lug.
But should you call his manner Smug,
He'll sigh and hive his Branch a Hug;

Then off again to Sleep he goes,
Still swaying gently by his Toes,

And you just know he knows he knows."


This is from 'Four for Sir John Davies':


Dante attained the purgatorial hill,
Trembled at hidden virtue without flaw,
Shook with a mighty power beyond his will, —
Did Beatrice deny what Dante saw?
All lovers live by longing, and endure:
Summon a vision and declare it pure.

The river turns,
Leaving a place for the eye to rest,
A furred, a rocky pool,
A bottom of water.

The crabs tilt and eat, leisurely,
And the small fish lie, without shadow, motionless,
Or drift lazily in and out of the weeds.
The bottom-stones shimmer back their irregular striations,
And the half-sunken branch bends away from the gazer's eye.

A scene for the self to abjure!-
And I lean, almost into the water,
My eye always beyond the surface reflection;
I lean, and love these manifold shapes,
Until, out from a dark cove,
From beyond the end of a mossy log,
With one sinuous ripple, then a rush,
A thrashing-up of the whole pool
The pike strikes. 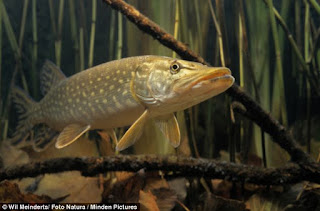 "Any fool can take a bad line out of a poem; it takes a real pro to throw out a good line."
(Roethke)