The Memorial of Saint Benedict: Christian fraternity and male socialization 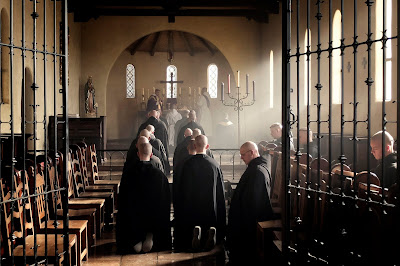 Saint Benedict (480-543) left the comfortable life of a university student to discipline himself as a hermit. He left the life of solitude to become  an abbot of several monasteries. He survived several poisoning attempts of monks not as dedicated to moral reform as he was. In one of those episodes, a raven clutched the poisoned bread he was about to eat and saved his life. The raven is often prominent  in the name of Benedictine institutions and pictures of the saint. He introduced an order of life (Rule of St Benedict) which regulated the prayer, study, and manual labor of men who lived together in community. He is considered the Father of Europe. Benedictine monasteries are highly independent from one another and democratic in their selection of an abbot. To this day, they number some of the holiest (and some of the most corrupt) communities in Christendom. Benedict’s Christian fraternities of work, study, and prayer were the spiritual forerunners of corporations, universities, and cities which invigorated European civilization. Benedict taught men how to live together under Christ in love. He shaped Christian masculine character in monasteries that served as the fraternal template of public life. He united men in a transcendent spiritual purpose in a specific local community under a patriarch. An excerpt of the Rule of Benedict from the Church readings for his feast day:


"Just as there exists an evil fervor, a bitter spirit which divides us from God and leads us to hell, so there is a good fervor which sets us apart from evil inclinations and leads us toward God and eternal life. Monks should put this fervor into practice with an overflowing love... No one should follow what is good for himself but rather what seems good for another. They should display brotherly love in a chaste manner; fear God in a spirit of love, revere their abbot with a genuine and submissive affection. Let them put Christ above all else; and may He lead us all to everlasting life." 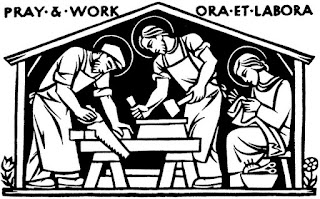 A contemporary "Benedict Option" would be an all-male communal group which shaped men in Christian brotherhood. These all-male communities of prayer and work would be a model for interracial brotherhood and male socialization in towns or cities. The goal of the fraternity would be to teach and socialize young males as American men regardless of color. The perfection of some men leads to the maturation of many men. Men in the spirit of Benedict pray together regularly and do physically productive work. They would introduce the Christian culture of brotherhood as active protectors and workers for the young men of a local community. This is just the kind of male maturation and sex roles needed in our cities to bring cooperation between young black men and police officers. Both policemen and black male citizens SHARE a common identity as male protectors and fellow Americans. The police officers are the officer corps of the citizen protective bond. The feminist culture of the Democratic party which dominates America's inner cities is clueless about socializing and integrating young men into our protective role as men. They seek a lesbian police chief here, and many more female officers there, but the public peace of fraternity and male protective sex roles is an enemy to them. The enmity between black men and urban police is one of the bitterest fruits of the sexual revolution. Sabotaging the ability of young males to show they are men by acting out a public protector role in manners, dress, and actions pierces the masculine heart of Christian civic culture.

The Benedict Option is masculine and fraternal. Patriarchal fraternity is the fundamental form of Christian accord which shapes public life just as the marital spousality of the male-female couple shapes domestic life. Benedictine fraternity combines physical work with prayer; otherwise it is not of Benedict. The black men of our inner cities have lost the pathway to fatherhood and maturation which industrial jobs once provided. They need a Benedict. He is the father of Europe because the ordered masculine fraternity of his monks eventually flowered into the male communal forms of work, worship, and protection called nations. Benedict built masculine religiously-ordered publics. His men were patriots of whatever land they worked. They were manufacturers (manus facto -- to make by hand). Let us honor his feast day by remembering what he did long ago, and pray that men in our country will once again imitate his fraternities of ora et labora.

ALL-MALE GROUPS ARE THE SOLUTION, NOT THE PROBLEM

This is the road not taken to racial reconciliation. Street violence is overwhelmingly a male problem. It can only be solved by building a civic culture which can sanctify and socialize the males. There are many paths to social deviancy when men are not integrated into public protection and meaningful labor. One is seeking social recognition in the false "communities" of drugs and sexual promiscuity. Our large cities have fatally made peace with this errant path. Another errant path is chosen by much tougher males than those at the pot parties and dance clubs. They seek public recognition in violent dissent. That path wakes society up enough to start looking for solutions. Let us consider the strategy of that Italian saint who 1,500 years ago countered the dissipating cities of Europe with prayer, learning, and manual labor forged in local fraternities under God. As part of the Church’s morning prayer memorial of Benedict, she employs a 19th-century hymn:

"Rise up O men of God!
His kingdom tarries long
Bring in the day of brotherhood
And end the night of wrong."

St. Benedict was one of the four holy men we featured on All Saints Day as  "A man in full."