AUGUST 6 -- Feast of the Transfiguration: "We were eyewitnesses of His majesty on the sacred mountain"

"Send forth your light and your truth...
let them lead me up your holy mountain,
up to your sanctuary.
I shall go in to the altar of God,
to the God of my gladness and joy." 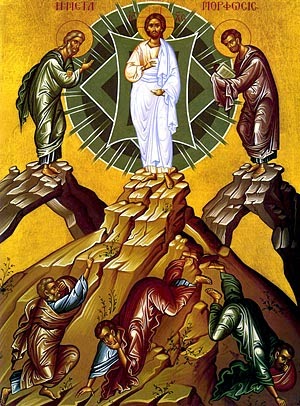 This article explains more of the meaning of the Greek icon above.

["Although the event celebrated in the Feast occurred in the month of February, forty days before the Crucifixion, the Feast was early transferred to August because its full glory and joy could not be fittingly celebrated amid the sorrow and repentance of Great Lent. The sixth day of August was chosen as being forty days before the Feast of the Exaltation of the Cross (September 14th, old style), when Christ’s Passion is again remembered."]

Saint Helena (the emperor Constantine's mother, pictured) erected a church on Mount Tabor in honor of the Transfiguration, 'the excellence of His hidden dignity.' 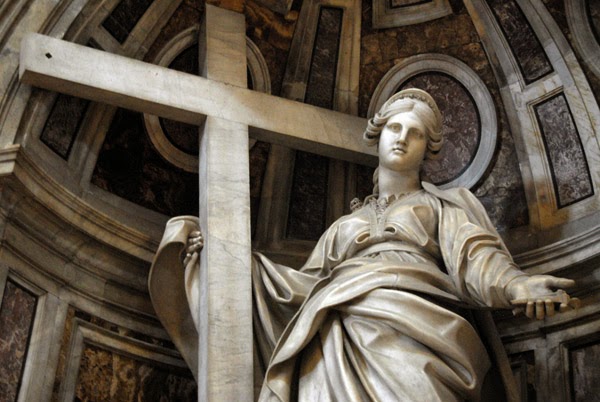 "On the mountain wast Thou transfigured, O Christ God, and Thy disciples beheld Thy glory as far as they could see it; so that when they would behold Thee crucified, they would understand that Thy suffering was voluntary, and would proclaim to the world that Thou art truly the Radiance of the Father."


"In the spirit, the angel took me to the top of an enormous high mountain and showed me Jerusalem, the holy city, coming down from God out of heaven. The city did not need the sun or the moon for light, since it was lit by the radiant glory of God and the Lamb was a lighted torch for it."    (Apocalypse 21)


One of our writers spent time in the Holy Land and took the photo below of the Church of the Transfiguration, which sits atop Mt. Tabor just south of Galilee. The church itself has two altars: the lower for daily use and the upper to which no stairs ascend. The latter altar has been reserved for the Second Coming. Also noteworthy is the fact that Mt. Tabor overlooks the Valley of Armageddon - the location of the final battle between the heavenly army and the forces of Satan. 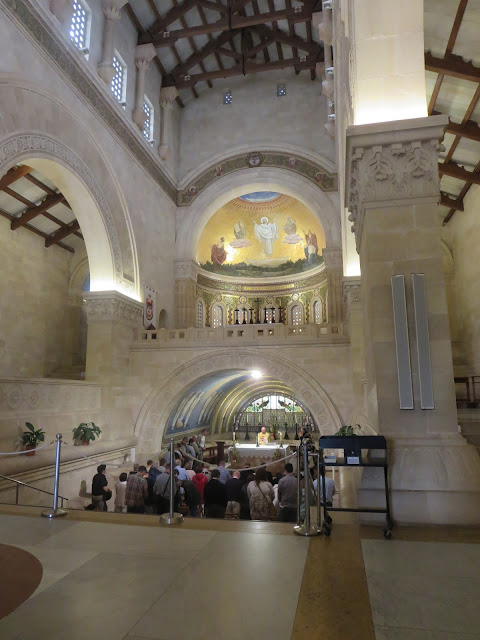