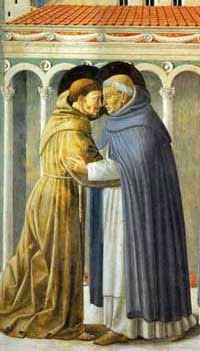 Dominic (pictured meeting with Francis of Assisi early in the 13th century) gathered a fraternity of preachers and teachers. He recognized that heresies could only be countered by knowledge of the Real Truth and delivery of this Truth by holy preachers. Thus the Dominican motto: VERITAS.

What was particularly lacking in Saint Dominic's day was articulate and intelligent doctrinal preaching. The whole reason of being for the Dominicans was spreading the Good News of our Lord.
(A good summary of his life and an explanation of why Dominicans celebrate another feast day for their founder.)

I came across a sermon by a Polish preacher in which he described Dominic as "God's athlete" for his implacable struggle against the Dragon who tries to deceive us and deliver us to eternal darkness. He mentioned three ways that the Spanish saint did this: 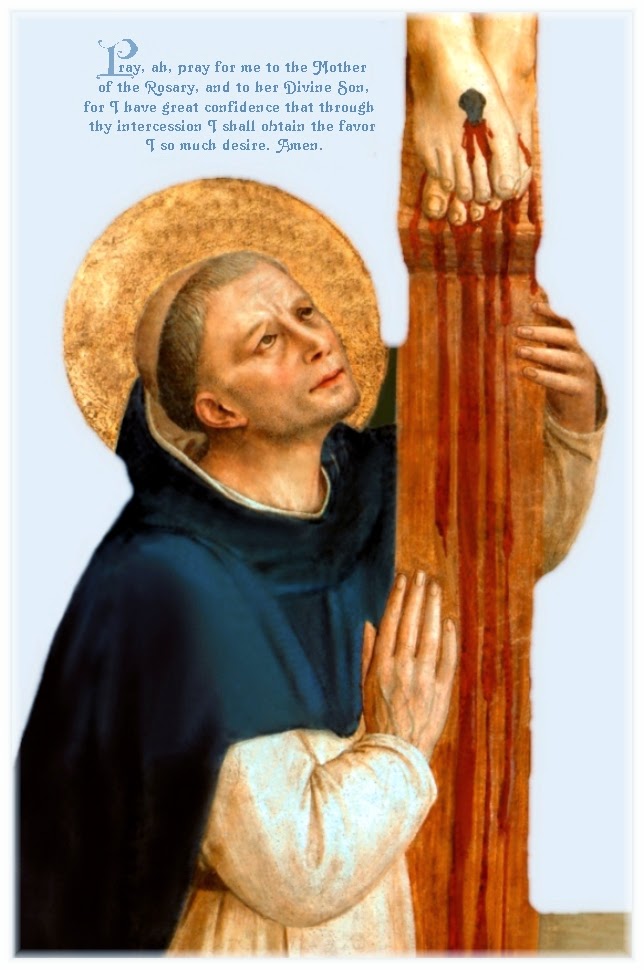 
Fra Angelico (d. 1455) was one of the countless simple  souls whose spiritual gaze became more luminous through their association with the Dominicans. Pope John Paul II beatified the Florentine painter, naming him the patron of Catholic artists. Here is his free rendition of the Transfiguration of the Lord, with the inclusion of the Virgin Mary and Saint Dominic on either side: 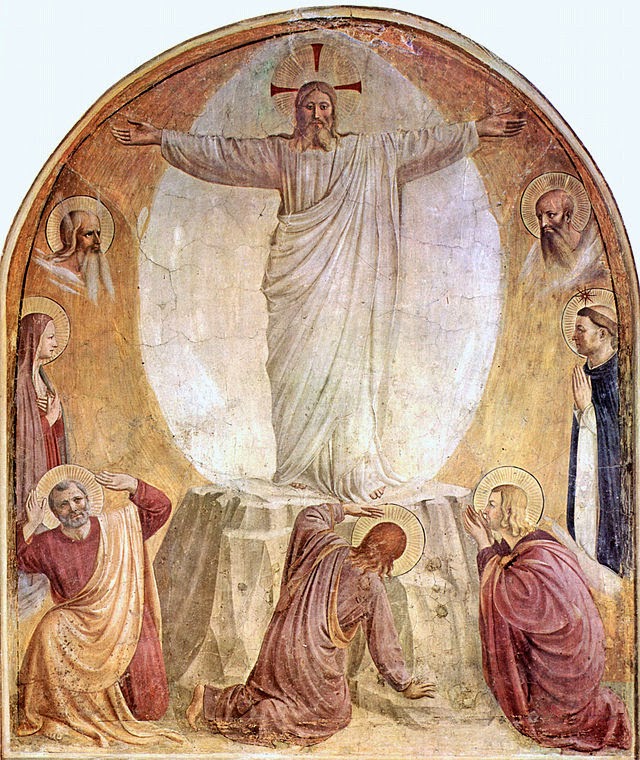