November 19: “Give rest, O Savior, to the soul of thy servant”

“…whenever it is a damp, drizzly November in my soul; whenever I find myself involuntarily pausing before coffin warehouses, and bringing up the rear of every funeral I meet…”
(Ishmael in Moby Dick) 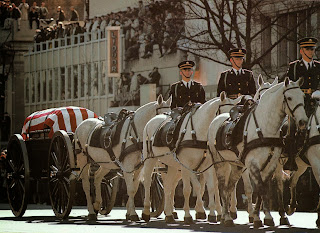 Entering this week of high anniversaries of President Lincoln’s words at Gettysburg (Nov 19, 1863) and of John Kennedy’s death in Dallas – as well as the liturgical year drawing to a close, with the Church bowing before the authority and power of Christ our King – the opening scene of Pasternak’s Doctor Zhivago came to mind:


They walked and walked and sang “Memory Eternal,” and whenever they stopped, the singing seemed to be carried on by their feet, the horses, the gusts of wind. Passersby made way for the cortege, counted the wreaths, crossed themselves. The curious joined the procession, asked: “Who’s being buried?” “Zhivago,” came the answer. “So that’s it. Now I see.” “Not him. Her.” “It’s all the same. God rest her soul. A rich funeral.” The last minutes flashed by, numbered, irrevocable. “The earth is the Lord’s and the fullness thereof; the world, and those who dwell therein.” The priest, tracing a cross, threw a handful of earth onto Marya Nikolaevna. They sang “With the souls of the righteous.” A terrible bustle began. The coffin was closed, nailed shut, lowered in. A rain of clods drummed down as four shovels hastily filled the grave. Over it a small mound rose. A ten-year-old boy climbed onto it. Only in the state of torpor and insensibility that usually comes at the end of a big funeral could it have seemed that the boy wanted to speak over his mother’s grave. He raised his head and looked around from that height at the autumn wastes and the domes of the monastery with an absent gaze. His snub-nosed face became distorted. His neck stretched out. If a wolf cub had raised his head with such a movement, it would have been clear that he was about to howl. Covering his face with his hands, the boy burst into sobs. A cloud flying towards him began to lash his hands and face with the wet whips of a cold downpour. A man in black, with narrow, tight-fitting, gathered sleeves, approached the grave. This was the deceased woman’s brother and the weeping boy’s uncle, Nikolai Nikolaevich Vedenyapin, a priest defrocked at his own request. He went up to the boy and led him out of the cemetery. 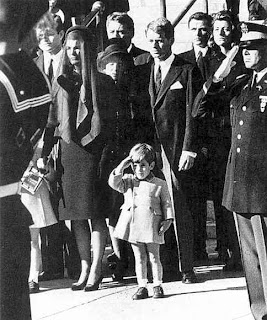 “Alleluia. Weeping at the grave creates the song.”