Nov 30: Saint Andrew and the 2,000 Byzantine monks on the Holy Mountain


MOUNT ATHOS in northeastern Greece is one of the powerhouses of prayer that keeps our tired old world going -- because sturdy men of faith submit their hearts to God.

On this feast day of the Holy Apostle Andrew, it is right that we deepen our understanding of our Christian brothers in Greece and Russia. East and West, the bonds of a praying brotherhood define the monastic and Apostolic Church. But in the heart of this all-male environment where even the animals must be male, there is a special presence and she is decidedly feminine.

"There are 20 monasteries on Mount Athos of which 17 are Greek, one Russian, one Serbian, and one Bulgarian. There are also twelve Skites (similar to monasteries but much smaller), a large number of Kellia (large farm houses), Kalyves (smaller houses), Kathismata (small houses for a single monk) and Hesychasteria (hermitages or caves in desolate cliff faces, for the most austere hermits)." 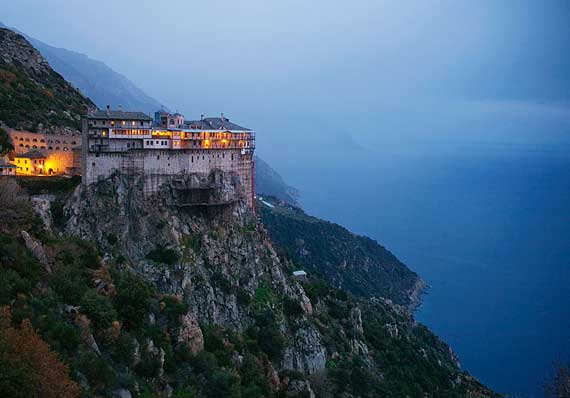 From the parish bulletin of a Russian Orthodox church in Minneapolis:


Last October, Fr. Andrew and I visited Mt. Athos, affectionately known as the Garden of the Theotokos. As we experienced this beautiful place where God’s glory seems to radiate from everything, we were made aware of her presence. When we spoke to the monks in that holy place, they would refer to her and say things like: "Whatever the holy Mother wants." They live in humble submissiveness to her and understand the value of her intercessory prayers and guidance. We met an older monk on one of the remote walking paths by his hut (it was very old and abandoned-looking), who explained to us that he had lived 30 years alone with the Mother of God in "her garden."

Sit back and enjoy one of the finest segments that has ever appeared on "60 Minutes." 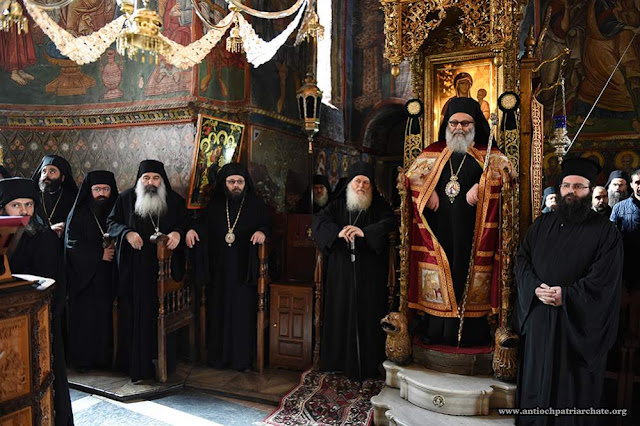 UPDATE: Here is a short video of one of President Putin's visits to Mount Athos. He was joined by the Patriarch of Moscow.

Let us praise Andrew, the herald of God, / the namesake of courage, / the first-called of the Savior’s disciples / and the brother of Peter. /
As he once called to his brother, he now cries out to us: / "Come, for we have found the One whom the world desires!"