THE FATHERHOOD OF GOD ON DIVINE MERCY SUNDAY: “On that day are open all the divine floodgates through which graces flow"


Those are the words of Our Lord to Saint Faustina.

An entry from her Polish diary:


“Strangely, all things came about just as the Lord had requested. In fact, it was on the first Sunday after Easter [April 1935] that the image was publicly honored by crowds of people for the first time. For three days it was exposed and received public veneration.”   (#89)


Three years later she died in Krakow at the age of 33. The Church's  emphasis on the Octave of Easter that Christ's Passion is a manifestation of the mercy of The Father is not a peculiar quirk of a Polish nun made famous by a Polish Pope. The mystic nun did not invent this day. The liturgical readings were never changed. All octaves are resonating contemplations of the prior feast. That's been true since eight day circumcision established the spiritual communal identity of the Jewish male.   It is true on the Octave of Pentecost when we contemplate the eternal interpersonal communion of the Trinity which subsumes humans in the Church. Christ admonished Phillip that seeing Him clearly was "seeing the Father".  St Faustina needed no admonishing. She saw clearly the Father acting in her  contemplation of the Cross. This Octave is a great celebration of the Fatherhood of God. (This becomes especially clear  in reading St John Paul II on Dives in Misericordia. Here is a good explanation of his subsequent naming the Octave of Easter as Divine Mercy Sunday) 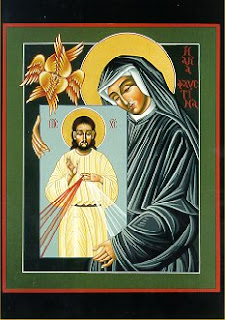 The image of Divine Mercy is the red and white lights of Mercy from our incarnate Lord. It is the blood and water that flowed from his side at Calvary, when like the first Adam he allowed the new Eve of the Church to come from his side. The water and blood are Baptism and the Eucharist, by which men are incorporated into the Body of Christ.

The Gospel on this Octave of Easter recounts the first act which Christ did on Easter evening. In a locked upper room, He transmitted the Father's  Divine Mercy in a sacramental form that would resonate through the ages.  He deliberately set aside the Apostles as He breathed the Spirit on them to empower them to forgive sins as He had done. He instituted the sacrament of mercy (reconciliation/confession) and just as the saving blood and water could only come from his side, forgiveness of sins is mediated only through His Apostolic priesthood. This part of today's Gospel reading almost always gives way to the second story about Thomas and his reluctance to believe without seeing and touching. (The Thomas episode happened eight days later on the Octave Sunday) Because his experience of doubting is such a universal one, that episode is almost always the topic of Catholic and Protestant homilies on this day. But on Divine Mercy Sunday -- in this special papal year of Divine Mercy -- let us concentrate on the first episode of today's Gospel.  This is the Christian Day of Atonement because there is a new designated Holy of Holies where every Christian through the ages can come to meet God face to face and beg forgiveness. The Divine Mercy of the Father is manifested in Christ and works through a sacramental order. Man is rescued from Satan in Baptism, confirmed in the Spirit by a bishop, forgiven of sins by a priest in confession, and  integrated into the salvific Body of Christ in the Mass. Mercy overflows but it comes from a narrow spigot, a very particular and well-formed font: the side of Christ, the Apostolic Church, the reality of the sacraments. 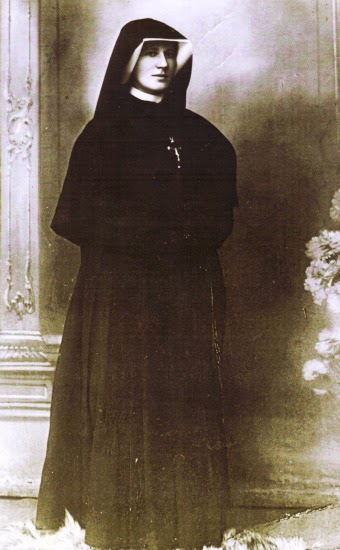 UPDATE: It's remarkable, but both Faustina and Hans Urs von Balthasar were born in the month of August 1905.  They certainly came to different views of Hell's existence!  Another excerpt from Faustina's diary:


“Today, I was led by an Angel to the chasms of hell. It is a place of great torture; how awesomely large and extensive it is …  I, sister Faustina, by the order of God, have visited the abysses of hell so that I might tell souls about it and testify to its existence. I cannot speak about it now; but I have received a command from God to leave it in writing. The devils were full of hatred for me, but they had to obey me at the command of God. What I have written is but a pale shadow of the things I saw. But I noticed one thing: that most of the souls there are those who disbelieved that there is a hell.”


Good Pope John, son of the soil of northern Italy, was canonized today (along with the Polish man in full, John Paul). Angelo Roncalli's sharecropper parents had 13 children. An army chaplain in the First World War, Angelo later served in Bulgaria, Turkey, and France as a Vatican diplomat.


Here is Faustina (the first saint of the 'Great Jubilee' of 2000) on the power of the Eucharist:

"All the good that is in me is due to Holy Communion... Herein lies the whole secret of my sanctity... One thing alone sustains me, and that is Holy Communion. From it I draw all my strength; in it is all my comfort... Jesus concealed in the Host is everything to me... I would not know how to give glory to God if I did not have the Eucharist in my heart... O living Host, my one and only strength, fountain of love and mercy, embrace the whole world, and fortify faint souls. O blessed be the instant and the moment when Jesus left us His most merciful Heart!" 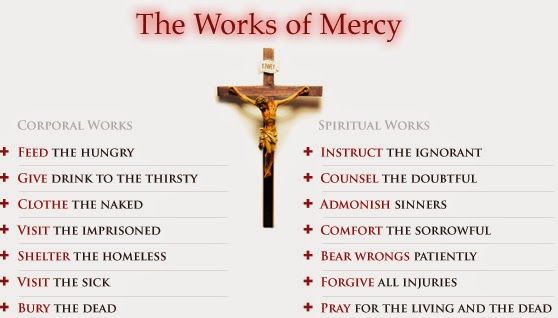