EASTER: A nation delivered from slavery; A species restored to life

"Father, You once saved a single nation from slavery and now you offer that salvation to all through baptism. May the peoples of the world become true sons of Abraham and prove worthy of the heritage of Israel. We ask this through Christ our Lord."
(Easter Sunday Office)

From an Easter sermon of Saint John Chrysostom (d. 407):


"Come you all: enter into the joy of your Lord.  You the first and you the last, receive alike your reward; you rich and you poor, dance together; you sober and you weaklings, celebrate the day; you who have kept the fast and you who have not, rejoice today.  The table is richly loaded: enjoy its royal banquet.  The calf is a fatted one: let no one go away hungry.  All of you enjoy the banquet of faith; all of you receive the riches of his goodness.

"Let no one grieve over his poverty, for the universal kingdom has been revealed; let no one weep over his sins, for pardon has shone from the grave; let no one fear death, for the death of our Savior has set us free: He has destroyed it by enduring it, He has despoiled Hades by going down into its kingdom, He has angered it by allowing it to taste of his flesh." 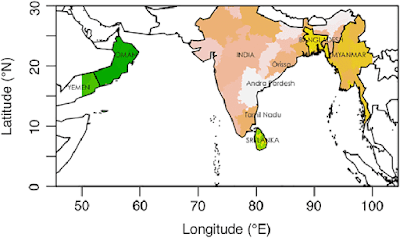 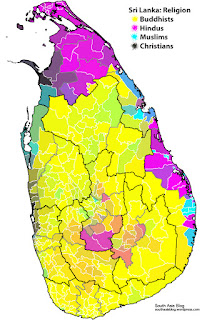 Easter in Jerusalem from a 2017 article by a Palestinian journalist:

"This season witnessed an increase in Egyptian Coptic pilgrims to Jerusalem. Air Sinai, which used to run four flights a week, increased them to 12, bringing 547 pilgrims to participate in the Easter celebrations. Press reports said that the number of pilgrims participating in Palm Sunday celebrations this year was more than double last year. Some 30,000 are reported to have participated, compared to 12,000 last year. Clergymen in Jerusalem say that the main reason for the increase is that Palm Sunday this year was celebrated on the same day by Christians who belong to the Orthodox, Catholic, and Evangelical churches. In Gaza, Orthodox Bishop Alexas led the tiny Christian Palestinian congregation in celebrating the triumphant entry of Jesus into Jerusalem one week before his crucifixion. The traditional Palm Sunday celebrations follow the same route that Jesus took some 2,000 years ago, starting from the Mount of Olives neighbourhood of Beit Ania, down past the Church of Gethsemane and up to the old city via the Lion Gate. Boy scouts from various local Palestinian Christian churches usually participate in the pageantry, along with believers, church leaders, tourists and lay persons. Palm Sunday marchers on the traditional path carry branches of palm trees and sing hymns as they remember the days leading to Easter Sunday. Easter in Jerusalem is quite special; various churches and religious denominations hold events, church services and colorful pageants throughout the Passion Week.Greek and Cypriot pilgrims who often stay with local Palestinian Christians participate in these events leading to the Easter morning when Christians celebrate the resurrection of Jesus..."


The Law of Life, The Human Species, and Easter