"It is the essence of genius to make use of the simplest ideas."
- Charles Peguy 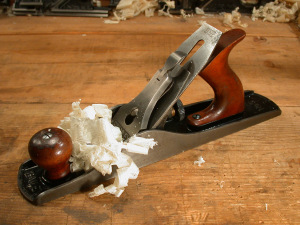 Some excerpts from Francis Fukuyama's review of Shop Class as Soulcraft:

[This] is a beautiful little book about human excellence and the way it is undervalued in contemporary America.

Matthew B. Crawford, who owns and operates a motorcycle repair shop in Richmond, Va., and serves as a fellow at the University of Virginia’s Institute for Advanced Studies in Culture, notes that all across the United States, high school shop classes teaching mechanical arts like welding, woodworking or carpentry are closing down, to free up funds for computer labs. There is a legion of experts denigrating manual trades like plumber, carpenter and electrician, warning that the United States labor force needs to be "upskilled" and retrained to face the challenges of a high-tech, global economy. Under this new ideology, everyone must attend college and prepare for life as a "symbolic analyst" or "knowledge worker," ready to add value through mental rather than physical labor.

There are two things wrong with this notion, according to Crawford. The first is that it radically undervalues blue-collar work that involves the manipulation of things rather than ideas. Expertise with things permits human beings to have agency over their lives — that is, their ability to exert some control over the myriad faucets, outlets and engines that they depend on from day to day. Instead of being able to top up your engine oil when it is low, you wait until an "idiot light" goes on on the dashboard, and you turn your car over to a bureaucratized dealership that hooks it up to a computer and returns it to you without your having the faintest idea of what might have been wrong.

The second problem with this vision is that the postindustrial world is not in fact populated — as gurus like Richard Florida, who has popularized the idea of the "creative class," would have it — by "bizarre mavericks operating at the bohemian fringe." The truth about most white-collar office work, Crawford argues, is captured better by "Dilbert" and "The Office": dull routine more alienating than the machine production denounced by Marx. Unlike the electrician who knows his work is good when you flip a switch and the lights go on, the average knowledge worker is caught in a morass of evaluations, budget projections and planning meetings. None of this bears the worker’s personal stamp; none of it can be definitively evaluated; and the kind of mastery or excellence available to the forklift driver or mechanic are elusive. Rather than achieving self-mastery by confronting a "hard discipline" like gardening or structural engineering or learning Russian, people are offered the fake autonomy of consumer choice, expressing their inner selves by sitting in front of a Harley-­Davidson catalog and deciding how to trick out their bikes.

This glorification of manual labor would seem patronizing but for the author’s personal biography. Crawford grew up in a commune in the Bay Area with a theoretical physicist for a father, and worked his way through high school and college as an electrician. Along the way he picked up the ability to rebuild the engines of old Volkswagens, something that stayed with him even as he went on to get a Ph.D. in political philosophy at the University of Chicago...

Crawford argues that the ideologists of the knowledge economy have posited a false dichotomy between knowing and doing. The fact of the matter is that most forms of real knowledge, including self-knowledge, come from the effort to struggle with and master the brute reality of material objects — loosening a bolt without stripping its threads, or backing a semi rig into a loading dock. All these activities, if done well, require knowledge both about the world as it is and about yourself, and your own limitations. They can’t be learned simply by following rules, as a computer does; they require intuitive knowledge that comes from long experience and repeated encounters with difficulty and failure. In this world, self-­esteem cannot be faked: if you can’t get the valve cover off the engine, the customer won’t pay you.

Highly educated people with high-­status jobs — investment bankers, professors, lawyers — often believe that they could do anything their less-educated brethren can, if only they put their minds to it, because cognitive ability is the only ability that counts. The truth is that some would not have the physical and cognitive ability to do skilled blue-collar work, and that others could do it only if they invested 20 years of their life in learning a trade. "Shop Class as Soulcraft" makes this quite vivid by explaining in detail what is actually involved in rebuilding a Volkswagen engine: grinding down the gasket joining the intake ports to the cylinder heads, with a file, tracing the custom-fit gasket with an X-Acto knife, removing metal on the manifolds with a pneumatic die grinder so the passageways will mate perfectly. Small signs of galling and discoloration mean excessive heat buildup, caused by a previous owner’s failure to lubricate; the slight bulging of a valve stem points to a root cause of wear that a novice mechanic would completely fail to perceive.

Crawford asserts that he is not writing a book about public policy. But he has a clear preference for a "progressive republican" order in which the moral ties binding workers to their work or entrepreneurs to their customers are not so readily sacrificed at the altar of efficiency and growth. He argues that there is something wrong with a global economy in which a Chinese worker sews together an Amish quilt with no direct connection with its final user, or understanding of its cultural meaning. Economic ties, like those between a borrower and a lender, were once underpinned by face-to-face contact and moral community; today’s mortgage broker, by contrast, is a depersonalized cog in a financial machine that actively discourages prudence and judgment.

In the end I must confess that it would have been hard for me not to like this book. While I make my living as a “symbolic knowledge worker,” I have both ridden motorcycles and made furniture — my family’s kitchen table, the beds my children slept on while growing up, as well as reproductions of Federal-style antiques whose originals I could never afford to buy. Few things I’ve created have given me nearly as much pleasure as those tangible objects that were hard to fabricate and useful to other people. I put my power tools away a few years ago, and find now that I can’t even give them away, because people are too preoccupied with updating their iPhones. Shop class, it appears, is already a distant historical memory. 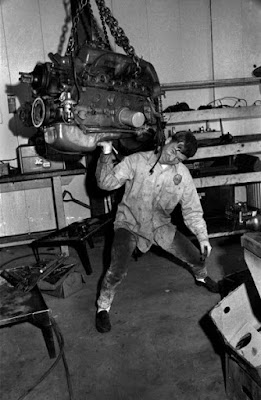 Dr. Pence, you say that today's culture could use a big dose of the spirit of Thomas Edison. What do you admire about him?

Edison studied materials. He experimented with them. He understood their practical properties. The light bulb was not a summation at the end of a mathematical calculation, nor did it come from the so-called scientific method of hypothesis, experiment, observation, and conclusion. Needed was a material that responded to electrical current with much more illumination than heat -- a slow bright burn, if you will. Edison's work-space looked a lot more like a farmer's work bench than a university laboratory. He knew how lots of things worked. He tried things out. 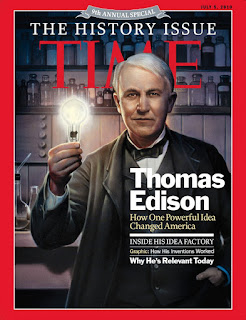 In general I think there are many sciences. They are bodies of knowledge about defined subjects based on categories and definitions accepted in each field. I don't believe there is a Science with a capital S. That is an epistemological claim of modernists who have abandoned the disciplines of theology and philosophy. There is a branch of philosophy called epistemology which is about how we know what we know.
. Most “scientists” who talk about Science with a capital S as the only way to know reality have never heard of epistemology and are  really quite puerile in discussing the subject.  I think here especially of Stephen Hawking and Richard Dawkins.

I think historically there is an approach to the physical world and the various sciences which is peculiarly American. Celestial navigation, wood work, surveying, metal work, and the agricultural sciences were worked in with traditional school subjects in certain colonial schools. This was a pretty unique American approach. They didn't start as vocational tracking or class-based disciplines. I wrote my Educational Masters Thesis on the history of shop, agricultural classes and home economics in American education. I argued to reintegrate these tactile disciplines in a renewed, more integrated, approach to teaching the sciences. When we think of that peculiar American genius for different sciences, I see farmyard inventors, kids on computers late at night, and bicycle mechanics before I see German professors on their blackboards.

Actually, that's one of my favorite examples.  We needed certain physicists (not at all like Einstein) who were working with uranium as a material, and we needed General Leslie Groves of the Army Corps of Engineers to actually make them. The making of the bomb was a huge technical enterprise which we often forget. But, you are right; I will concede in this case a good deal of credit to the German blackboard.

One of the big initiatives in science education is STEM -- a program to stimulate more interest in engineering and the sciences among secondary students. As a high-school science teacher, what was your take on that?

It was too focused on pushing kids into more math. It needed more of the Engineering E in its name, and much less of the ideology of science. If it could have stressed the tactile arts-shop, woodworking and electronics (including the use of  power tools), it might have discovered  a real untapped group of boy scientists and engineers. Instead, the special focus on girls in the sciences was another victory of ideology over reality. The focus of math over manufacturing was a victory of the cerebral and theoretical over the practical and tactile.

Is there any political or educational movement that might address these concerns?


"Our best ideas come from clerks and stockboys."
- Sam Walton


UPDATE: On Ron Schara's outdoors program (show #741 -- go to the 6:30 mark), they had a good four-minute segment about city kids who put their heart and soul into learning the craft of boat-building.