"The great teacher is he who because he carries within himself what is already known can transfer it to his student; that inwardness is his absolute and irreducible authority."

This last book (The Jew of Culture: Freud, Moses, and Modernity) in the series 'Sacred Order/Social Order' by Philip Rieff is the one volume of the trilogy I would recommend to a new reader of Professor Rieff (1922-2006).

It has been much more rigorously edited than his other posthumous works. The editor, Arnold Eisen (Chancellor of the Theological Seminary of America), has an advantage over those of us who have simply read Professor Rieff. Eisen studied with Rieff in person. That affords a crucial perspective when learning from a teacher who defines a bearer of culture as one who has internalized the culture's commands in his character. ("Until recently it seemed true that without imitations of compelling characters, character itself could not develop. Morality abhors impersonality.") 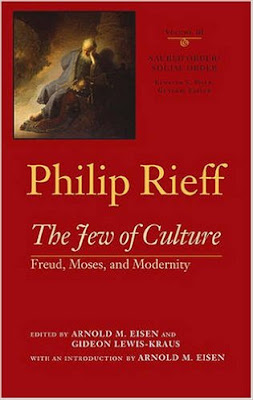 Rieff understood his presence was as much his lesson as his propositions, and in this he taught sociology as Michael Polyani taught the proper epistemology of science (see Personal Knowledge). This text gains clarity from an excellent introduction, the use of several previously published essays that could stand alone (on Benjamin Disraeli and Oscar Wilde) and a crisply edited new work "Is not the truth the truth?" That last section is a riveting crystallization of his accusations in My Life among the Deathworks. The accusations are stinging and even his student blanches at their full meaning. And yet, Chancellor Eisen blesses us by insuring that the last words we hear from Professor Rieff are a defense of the personal nature of G-d.

Phillip Rief began as an academic expert on Freud. He became renowned as a profound critic of culture.  He died as  a prophet of the religious nature of truth. There is an inexorable logic in his work. First he teaches of the necessity for authority to safeguard community and shape character. But then, in his own life, he cannot escape the abiding authority who specifically elected the Jews to tell the truth about creation. The canon cannot be emptied of its contents. If the Jew of culture is in the officer class, he is the officer in an army with a General. For Rieff, any Jew who claims he can be a Jew but deny G-d has joined "the Deathworks" and betrayed the Jewish character which bears a command which is not self-constructed. Rieff does not tread lightly on that Christian love for whom "Jew hatred remains its most transgressive motif." At the same time, he challenges the atheistic logic of the cultural secular Jew and condemns Freud as a murderer of the Jews for murdering Moses the Father.

The self-congratulations of Jewish Studies academics that Freud and Marx show what great intellectuals the Jews are will find no good-natured backslaps from Professor Rieff. He sees them as transgressors against the authority of G-d, and transgression is not a compliment in his lexicon.

This collection shows the transformation of Rieff and his relationship to Freud over the course of his life, as he pits the therapeutic man in Jewish culture against the religious man. He wondered if he should publish his counter-cultural views of authority and prohibitions because there was "no longer an audience" for the most important of his insights. If this last book is Rieff coming to terms with the implications of his insights for himself and his fellow Jews, his other posthumous work is a defense of Catholic liturgical culture against Protestant sociology. In Charisma Rieff argued that the gift of grace was shared by whole communities through history as long as the original prohibitions were heeded. Charisma and grace are communal experiences which can be transmitted through the generations. He objected to the Protestant reading by Max Weber which assigned charisma to the original founder but then treated historical institutions as hopelessly flawed degenerate bureaucracies. He thought that undermined the Catholic sensibility that Grace -- a continuing presence of Love, Life, and the Divine -- was possible within exactly the institutional borders created by ritual, prohibition, and prescription. Vitality depended on authority; authority depended on a personal character; and the transmission of vitality depended on receiving life in a bounded circumstance maintained by prohibitions: the fire of "no."

"Psychological man may be going nowhere, but he aims to achieve a certain speed and certainty in going. Like his predecessor, the man of the market economy, he understands morality as that which is conducive to increased activity. The important thing is to keep going."


Rieff's final works are not prophecy as in prediction, but prophecy as in witnessing to G-d's truth and seeing reality in the light of His abiding presence and commandments. He shows, again, how much clearer the vision from the foot of a holy mountain is than from the top of a desacralized hilltop.

Rieff's understanding of Israel is also drawn much clearer here than in any previous work. He describes Israel as the Machstaat necessary for the Kulturestaat (if the Machstaat is reduced, then "the sacred self loses its surround. It is without that completion of self in the social self that needs its political expression in order to achieve the primordiality... of sacrality. Eternal truth does not derive from historical. On the contrary, historical truth derives from the eternal. Sacred order is far more stable than social order.") What a lesson for Christian America! This is the same insight of G.K. Chesterton who described the social contract as men first finding a sacred spot and then becoming a political/civic community in order to defend the sacred center. The nation forms the walls of our city to safeguard the sacredness of our temples.

There is a nagging question I always bring to reading Philip Rieff. Is he another Jewish intellectual who benefits from the great rabbinic tradition but who disavows the Living G-d? His toying with doubt struck me again when I read his accusation of the modern intellectual. "I too aspire to see clearly, like a rifleman, with one eye shut; I too aspire to think without assent." 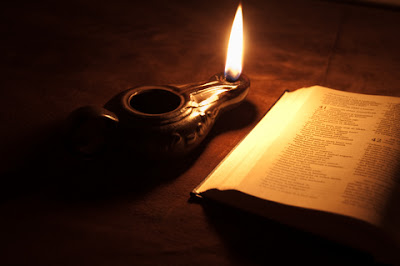 Professor Rieff seemed to me like so many modern Jews of this era of stiff-necked intellectuals. He knows he must submit to believe, but feels if ever he seriously began praying then he would have to obey all 613 laws or be a hypocrite. Rieff and many Jewish men like him need an authoritative rabbi (or a new teaching order) who can spare them the transgressive bat mitzvahs without demanding the whole of temple laws. The nations need the Jews in our midst to once again teach us submission to G-d. We need to hear them pray the Sh'ma Yisrael: "Hear O Israel..."

If reading Phillip Rieff makes you more likely to preen about the sophistication of Jewishness than to pray prescribed prayers to G-d, then you are missing this great teacher's hard-won lesson. To learn, one must accept prohibition and authority. First pray and then learn. For it is only in prayer and worship that man acknowledges what Rieff called that "without which authority cannot exist" -- a Presiding Presence.