This is the concluding part of the essay we published last week by Professor Gary Saul Morson.


If Dolly represents what goodness is, then her husband Stiva [brother of Anna Karenina] represents what evil—most, if not the worst, evil—truly is. And the first thing to notice about evil is that it is not as ugly as sin but as attractive as pleasant company. That is why there is so much of it. We have met the enemy, and he is us. Evil is not alien but resembles us, because we are most responsible for it.

Stiva is immensely charming, and so everyone likes being with him. What’s more, he does not have a shred of malice. Tolstoy wants us to appreciate that most evil results not from active hostility but from mere neglect, something like criminal negligence. It is largely negative, an absence, a forgetting. It is caused primarily by what we don’t do. And so we can easily be responsible for it while thinking well of ourselves. When Stiva forgets to fix up the country house for Dolly, Tolstoy remarks: “No matter how hard Stepan Arkadyevich tried to be a concerned father and husband, he never could remember that he had a wife and children.”

Stiva is the perfect hedonist, totally immersed in the pleasures of the moment... 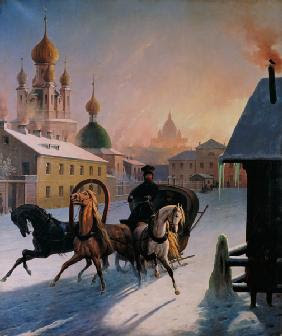 Families in Tolstoy’s novels are not collections of individuals who happen to be related but distinct miniature cultures. Each family appreciates the world in its own way. The Shcherbatskys—Dolly’s family—understand the world in terms of family life. The Oblonskys are quite different, and the first thing to understand about Anna is that she was born an Oblonsky.

Like Stiva, Anna commands an amazing receptiveness to the people in front of her. When she wants to, she can make herself the perfect listener, which is how she manages to persuade Dolly to forgive Stiva for his affair. Her manipulation is both skillful and deliberate.

Stiva is anything but weighed down with remorse, much less repentant. The novel opens with him waking from pleasant dreams about feasts and women, and he calls himself honest because he is incapable of feeling any guilt over what he has done. Yet Anna tells Dolly just the opposite: “He is wretched, remorse is killing him.” Dolly is dubious. “Is he capable of remorse?” she asks. Anna replies:

“Yes, I know him. I could not look at him without pity. We both know him. He is good but he is proud, and now he is so humiliated. What touched me most”—and here Anna divined the main thing that could touch Dolly—“he’s tormented by two things: he’s ashamed for the children’s sake, and while loving you….yes, yes, while loving you more than anything in the world.”

“Here Anna divined what would touch Dolly most”: Her guesses at such moments are unerring, and she says what she needs to. That, indeed, is why Stiva has summoned her to patch up the quarrel.

But Anna differs from Stiva in one important respect. She has a conscience. She feels terrible guilt for her affair and the pain it causes her husband. Her response to this guilt constitutes one of the book’s most remarkable psychological studies.

To escape from conscience, Anna practices an elaborate process of self-deception. So insightful is Tolstoy’s description of this process that this novel could well be the touchstone for any study of lying to oneself... 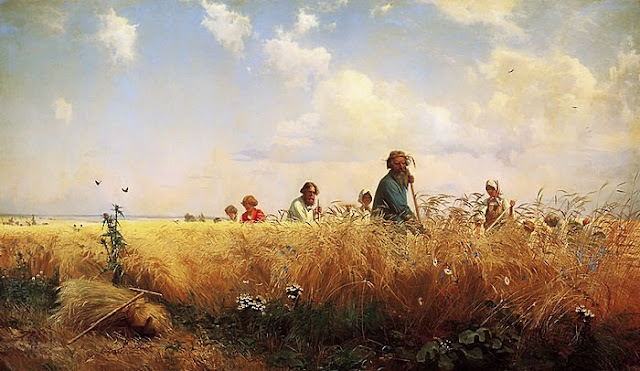 Unlike the book’s other educated characters, the agrarian intellectual Levin thinks for himself. Instead of just adopting approved enlightened opinions, he actually learns both sides of an issue. When the progressive theories he adopts to modernize his farm and improve the peasants’ lot fail, he does not change the subject or seek some ad hoc justification of progressivism. Rather, he admits his mistake and seeks some other solution, however unconventional it may be. How many intellectuals can ever admit that their critics were right? In Tolstoy’s view, Levin’s honesty is vanishingly rare...

Levin believes in marriage as a perfect idyll. But his wife, Kitty [younger sister of Dolly], who understands the intimate love of good families, knows that story is as false as romance. In intimate love, one’s spouse is a less-than-ideal person whose thoughts and feelings are hard to appreciate. Such intimacy takes work and, until the couple come to know each other, it occasions quarrels.

Contrary to common opinion, the early days of a marriage are likely to be the hardest. Levin, with his fantasy views of marriage straight out of storybooks, is surprised at the prosaic truths that Kitty has known all along, but here, as elsewhere, he eventually comes to value her wisdom:

Levin had been married nearly three months. He was happy, but not at all in the way he had expected to be….Levin was happy, but having embarked upon family life, he saw at each step that it was not at all what he had imagined. At each step he experienced what someone would experience who, having admired the smooth, happy progress of a little boat across a lake, should then actually get into that boat. He saw that it was not enough to sit there evenly without rocking; that one also had think, too, without forgetting for a moment where one was floating, that beneath one’s feet was water, and that one must row, and that his unaccustomed hands would hurt, and that it was only easy to look at, but doing it, though quite joyful, was also quite difficult.

Difficult delight resulting from constant hard work: That is what family love demands. The reward is knowledge of each other almost from within...

In his daily work, Levin comes to appreciate the importance of the ordinary and prosaic. If one lives rightly moment by moment, and trusts that daily practice has its own wisdom, then the questions troubling Levin are not exactly answered, but they disappear. When Levin recognizes these Tolstoyan truths, he is overcome with joy:


'I was looking for miracles, regretting that I had not seen a miracle that might convince me. But here is a miracle, the sole miracle possible, existing continuously, surrounding me on all sides, and I didn’t notice it!…I have discovered nothing. I have only recognized what I already knew….I have been freed from falsity, I have found the Master.'

In his time, Tolstoy was known as a nyetovshcik—one who says no (nyet) to what almost all educated people believed. If anything, his views are even more at odds with educated opinion today. In this novel’s rejection of romantic love, in its challenge to the inauthentic ways intellectuals think, in its trust in practice over theory, and above all, in its defense of the prosaic virtues exhibited by Dolly—in all these ways, Anna Karenina challenges us today with ever-increasing urgency.