Friday BookReview -- Tolstoy's portrayal of Anna Karenina: which love do we really want?


What is the real work of the artist?
"Acquiring the habit of perception -- learning to notice details
easily overlooked -- [improving our] skill of noticing what is right before us."


One of the finest essays I have come across in recent years was written by Professor Morson. It appears in the Marian Schwartz edition of Tolstoy's classic.

Some excerpts from Mr. Morson's 'The Moral Urgency of Anna Karenina':


Often quoted but rarely understood, the first sentence of Anna Karenina—“All happy families resemble each other; each unhappy family is unhappy in its own way”—offers a paradoxical insight into what is truly important in human lives. What exactly does this sentence mean?

In War and Peace and in a variant of Anna Karenina, Tolstoy quotes a French proverb: “Happy people have no history.” Where there are dramatic events, where there is material for an interesting story, there is unhappiness. The old curse—“May you live in interesting times!”—suggests that the more narratable a life is, the worse it is.

With happy lives and happy families, there is no drama to relate. What are you going to say: They woke up, breakfasted, didn’t quarrel, went to work, dined pleasantly, and didn’t quarrel again?

Happy families resemble each other because there is no story to tell about them. But unhappy families all have stories, and each story is different.

We tend to think that true life is lived at times of high drama. When Anna Karenina reads a novel on the train, she wants to live the exciting incidents described. Both high literature and popular culture foster the delusion that ordinary, prosaic happiness represents something insufferably bourgeois, a suspension of real living. Forms as different as romantic drama, adventure stories, and tragedies suggest that life is truly lived only in moments of great intensity.

Tolstoy thought just the opposite.

The dramatic understanding of life that Tolstoy rejected has, if anything, grown still more powerful. Today very few people question that “true love” is the grand and glorious feeling that consumes one’s very being, as in Romeo and Juliet and countless debased imitations. By contrast, Tolstoy wants us to recognize that romantic love is but one kind of love. It is an ideology of love, in fact, but we do not recognize it as one. In Anna Karenina, Kitty at first prefers the dashing and romantic Vronsky to the kind and staid Levin because she has assumed, as most of us do, that she should marry the one she “loves”; and she has been told that “love” is romantic rather than prosaic. She does not yet recognize that what she feels for Levin is also a form of love, and that she has a real choice. Which love does she really want?

Over time Kitty comes to recognize that in addition to romantic love there is also intimate love. Only intimate love is compatible with a family. Tolstoy wants his readers to be aware that this choice exists for them as well.

The myth embodied in great romances tells us that love envelops our whole being. Romantic love presses upon us with irresistible intensity. It transcends all ordinary prosaic conditions and lifts lovers to a realm of resplendent meaning. All-consuming, it allows no room for anything else. Lovers love, not so much each other, but love itself.

What is more, according to this ideology, we do not choose such love. It befalls us. We “fall in love,” we do not jump in love. Such love is a “passion,” not an action. It is something we suffer, an idea prefigured in medieval literature by love potion and in modern thought by unconscious forces overwhelming the will.

For this reason, romantic love feels like fate, and an ideology of amoral fatalism often accompanies it. Lovers live in a realm beyond good and evil. After all, good and evil depend on choice, and where fate governs, choice is out of the question. No matter how much pain the lovers cause, one cannot condemn them. Adultery becomes as noble as revolution, and only cramped moralists worry about the pain caused the betrayed spouse or abandoned children.

That is the story Anna Karenina imagines she is living. As one of her friends observes, she resembles a heroine from a romance. But Anna’s sense of herself is not Tolstoy’s sense of her. He places his romantic heroine not in a romance, where her values would be validated, but in the world of prosaic reality, where actions have consequences and the pain we inflict matters.

Oprah Winfrey, who chose Tolstoy’s novel for her book club, followed many others in viewing Anna Karenina as a celebration of its heroine and of romantic love. That gets the book exactly wrong. It mistakes Anna’s story of herself for Tolstoy’s. Just as Anna Karenina imagines herself into the novel she reads, such readers imagine themselves as Anna or her adulterous lover Vronsky. They do not seem to entertain the possibility that the values they accept unthinkingly are the ones Tolstoy wants to discredit.

Perhaps such readers simply presume that no great writer would take the side of all those shallow moralists. Would a genius endorse what we dismiss as bourgeois banality? But in an unexpected way, that is what Tolstoy does. He shows with unprecedented psychological subtlety the shallowness of the romantic view...

Anna Karenina interweaves two major stories—the story of the destruction of Anna’s marriage and life and the making of Levin’s life and marriage. But it is the novel’s third story, concerning Anna’s brother, Stiva, and his wife, Dolly, that provides the book’s moral compass.

If by the hero or heroine of a novel, we mean not the one who occupies the most dramatic space but the one who best embodies the author’s values, then the real hero of Anna Karenina is Dolly. Her everyday goodness, her ceaseless efforts for her children, and her fundamental decency attract no attention, but they are, from Tolstoy’s perspective, the most meaningful possible activities. Here, as in many other works, Tolstoy teaches that we do not notice the really good people among us.

If a life well lived is one without major events, how does one write a novel about it? Tolstoy’s solution is to put the life based on mistaken values—Anna’s—in the foreground, while Dolly’s virtues and troubles remain in the background where they can easily be missed. Readers, critics, and filmmakers often treat Dolly as nothing more than a boring housewife—merely a good mother, as Stiva thinks of her—but for Tolstoy, nothing is more important than a good mother. Life’s most important lessons are acquired in childhood or not at all. Vronsky will always remain a shallow person because, as Tolstoy explains, he never had a family life. How one is raised truly matters.

Perhaps the novel’s key moment belongs to Dolly. She finds herself in the country with her children in a house that Stiva has promised but neglected to make suitable for them. At last, she manages to get things in order:

And for Darya Alexandrovna her expectations were being fulfilled of a comfortable, if not peaceful, country life. Peaceful with six children, Daria Alexandrovna could never be… But in addition, however hard it might be for a mother to bear the fear of illnesses, the illnesses themselves, and the grief at the sight of signs of bad tendencies in her children, the children themselves were even now repaying her sorrows with small joys. These joys were so small they passed unnoticed like gold in sand and in bad moments she saw only the sorrows, only the sand; but there were good moments, too, when she saw only the joys, only the gold. 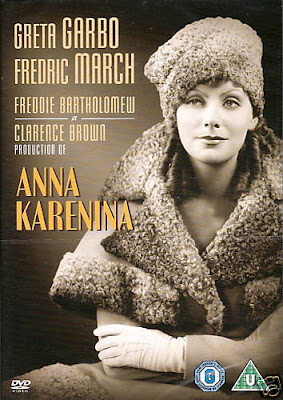 [The second part of this essay will appear next Friday].

"... if the world could write directly, it would write like Tolstoy"