From Brazil to Russia to Iran to Turkey different nations are emerging with their religions at the core of their national identities. Nations are spiritual covenants. Their religious ties to the transcendent allow their  full expression as political cultures. The Protestant Reformation is the religious culture that produced the American  nation. It produced a unique culture of recognizing the sovereignty of God and the liberty of men. Baptists needed religious liberty to worship God in Anglican Virginia. That free space for worship would be used by Jews, Catholics and centuries later Muslims to build large religious cultures amidst a Protestant majority. Religious men were free as communities to recognize the sovereignty of God and worship Him. This respect for the sacred fostered bonds of affection among fellow citizens. Loving one's neighbor was made concrete in the fraternity of citizenship. The Fatherhood of God and the Brotherhood of Men (FOGBOM) built a network of cities and states which made everyone safer and more productive.  Our roads, sewer systems, electric grid, clean water piped to74 million shingle family homes---all of this is a fruit of political agreement and hard work. We all live today deeply embedded in 3 centuries of Christian agreement. Our media is post Christian but our physical  infrastructure is Christian to the core. Our University professors are atheists but the University is a Christian fruit---so is literacy. Our lady leaders and their gelding party boys can mouth their gender inanities because Christian men have provided so many layers of protection they cannot see the predators outside.

The baby boomer presidents tore America away from our ever reforming Christian culture. They  combined the most extreme Enlightenment goals of religious indifference and individualism to their own sexual revolution against the customs and mores which had defined the Republic they inherited. They have now  culturally ruled for a longer period than the Israelites wandered in the desert. They have ruled several decades longer  than Mao's cultural revolution which started about the same time.  Their rule has overturned the Sovereignty of God and enthroned the autonomy of the individual. We are left an atomized and tribalized republic.  Like the Chinese cultural revolution, the sixties students cultivated hysteria and mob rule against  established authority. They took over the Universities, as well as  the legal and medical professions.  In Christian America the old line protestant churches fell first. "Smash Patriarchy" meant first and foremost, "Resist the Fatherhood of God". The Universities, media, professional clerics and law profession have mounted an attack against the sinews of Christian civilization--the sacred bond of male female marriage and the sacral brotherhood covenant of masculine citizenship. Religious Americans have been mute against this assault because we too seek approval in the social status system of the University, the established print and visual Media, the legal profession, and the medical profession. We too want to get along with the female minister on Sunday and the female human resource department during the rest of the week.

Christian civilization sacralizes male and female distinctions while downplaying racial and class differences. The diversity ideology does just the opposite. Christian countries make demands on all the men in the group to defend the group. This forms a protective bond of duty among the men regardless of their religious way of worship.  This is the fundamental bond of politics-it is male and territorial.  It is a holy brotherhood.  It is stronger than drugs, the alternative to racial tribalism and gives religious and historical significance to our masculine sports culture. It is a beautiful form of love that dare not speak its name. It is under vicious attack. It is a treasured custom which has made our borders safe and freed European and Asian nations from racial empires. The male protective national identity is attested by two centuries of our war dead-overwhelmingly young and  male. Maybe we should thank them for their service by honoring their short lives acting out a sacrificial male sex role. The patriotic masculine  protective custom has millions of beneficiaries but almost no articulate defenders. The fact there are women in the military is irrelevant. Women have helped the male fighting force since loading rifles on the frontier.
It is a great unfortunate paradox that the men least likely to defend the patriotic tradition as inherently masculine  are those who have risen to the top of military command. Exactly the men who should best explain the masculine character of national  military duty and Christian tradition are the least able. Like Catholic Bishops socialized by their internal gay lobby, our American military leaders have been severely compromised because  they sought feminist approval for career mobility and social acceptance. The generals who make it to Washington cannot talk the talk of soldiers in the barracks or battlefields. The all male brotherhood of battle is the ultimate "locker room talk" that must be banned. Everyone can mouth raunchy sexual topics but no-one can speak the high and chivalrous language of masculine Christian  knights.  The big lie that those who favor sexual distinctions in customs, practice, and law are "racist" must be exposed. The nation- an armed territorial male covenant--  is not racist by nature. Nations can define citizenship in a way that enforces racial discrimination.  Japan does that. Many of our early states did that. Christian America does not do that. Our territorial bond is our antidote to racism... not its expression.
The nation is a deeply biblical form of agreement under God. It should unite us at home and give us a new way of relating to nations abroad. Our Christian nation has become an atheist empire abroad as we leave American foreign policy to a discredited establishment of Social Darwinists, crusading sexual revolutionaries, imperial democracy advocates, and careerists. Instead of militarily encircling and threatening the regional powers of China, Russia and Iran, we should relate to them as fellow nations with their own civilizational communal lives and as fellow humans with spiritual souls. A Christian foreign policy is not pacifist. The Christian sword is meant to be held by many nations. There is One Body of Christ but many languages and nations. America is a Christian nation; so is Russia and so is Brazil. The Christian sword was divided before Christ was incarnated.  That happened when the Tower of  Babel was stopped as the first globalist building project.
The Christian sword is a tempered blade used for protection by a mature man disciplined by loyalties to God and country.  We must wrest it away from the moral pygmies who keep us in war around the world. Lady Lindsey Graham and little Marco Rubio have joined Nicki Haley, Madeline Albright and Hillary Clinton in their hysterical war talk sending American manhood  to fight their endless wars to further their partisan careers. Their warmongering against our old allies from World War II  is a disgrace to a Christian nation and a betrayal of our fighting men. Let there be peace on earth and let the largest Christian country be a force for diplomacy and peace not boycotts and bombing raids against smaller but still sovereign nations. 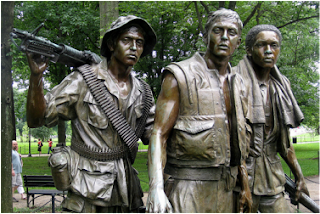 The sexual revolutionaries have mounted a war against men--magnifying real sins into capital crimes. In the name of individualism, their courts have castrated the male legislative institutions of states and local policing institutions of cities. They have prevented states from outlawing abominations like abortion and sodomy. Indeed these violations of nature are subsidized and treated as status symbols.  In explaining why the empire had collapsed, Augustine told the Romans that some of their customs left men ineffectual or foolish. That will not destroy a city. Other customs though put men in service of evil spirits. Those customs no matter how cherished will ruin a people. The feminists have to shriek when accusing men of our crimes, our faults and our many disagreeable habits. They have to shriek because a calmer atmosphere would lead to a broader examination of both male and female behavior. When the dogs are yelping to tree the fox there is no time to consider the crimes of the bloodhounds. In a calmer environment what crimes would cry to heaven?  It is not good if a man slaps a woman but is it really as vicious a crime as a mother aborting her innocent child? Unresolved Moral Guilt leads to Moral Outrage at smaller crimes to conceal the deeper sins. Every man a brute and rapist and every woman a victim and sinless truth teller are threads of the same tapestry. 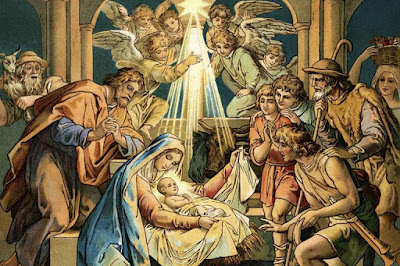 This Christmas season we are once again presented with the reality that God became man and man has a spiritual soul and destiny.  His deepest relationships with women are built around sacred monogamous marriages. His deepest relations with men are meant to form the religious bond of brotherly love under the Father and be publicly expressed in the civic brotherhood of nations. May the Catholic nations of Latin America and the Protestant nations of the US and Canada respond to the joy of this Christmas season  by reversing the sexual revolution and reconsecrating our selves and our nations to the Sacred Order. The atheists have had their turn. The Golden Calf has stirred our people to frenzy for long enough. Let us thank God for dwelling among us. Let us give Him a holy nation in which to dwell.  America will become great again when we give honor and glory to God by repenting our transgressions. Christianity is an ordered system of loves which will bring peace to mankind and expulsion to the Evil One. America as a nation is a brotherhood of men protecting a territorial community and its customs of religious worship, free work, sacral marriage and male citizen soldiers. We must reassert the ordered sexually distinctive loves that spring from Apostolic Christianity and define the American nation.  Only then will we "achieve and cherish  a just and lasting peace among ourselves, and with all nations." 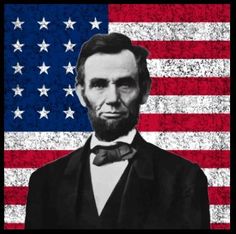 Posted by anthropology of accord at 12:30 AM