Was vegetarian Hitler a Christian anti Semite or a rationalist atheist? Or did he believe religion is believed by the poor, ridiculed by the educated, and useful to the demagogues. Here is a good review of Hitler's Religion by Richard Weikart.  Here is an AOA analysis of the biological Hitler-an armed Darwin. The writer who best describes the racial understanding of Hitler is Timothy Snyder in his Black Earth: The Holocaust as History and Warning.
Weikart correctly understands Hitler as no atheist. Hitler  believed there was a great order in Nature and the leader of a great race must align himself within that order. Nature rewards the strongest group with the most durable survival. Hitler's God was Nature and Darwin was her prophet. 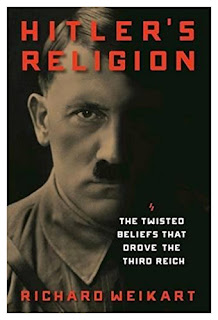 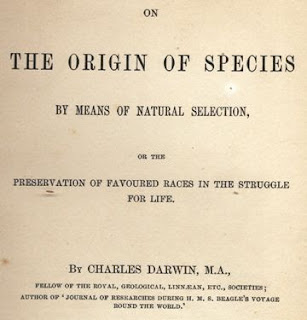 Posted by anthropology of accord at 2:00 AM