A CARDINAL AND SAME-SEX RELATIONSHIPS: Cardinal Marx on blessing same sex relationships.   Cardinal Marx and the scandalously wealthy, morally corrupt State supported German clergy are major figures in the priesthood crisis.      AOA  on understanding the the radical nature of priestly fraternity and the defilement that must be tabooed.  To safeguard the Lady, we must extract the malignancy.

THE AFRICAN CHURCH: The Church in Africa - a very different approach to life. The African bishops are becoming the spokesmen against sexual perversion and the tying of international money (ecclesial and secular) to a Eurocentric agenda. Eurocentric here means gender ideology. The German church of Marx is a big funder to Africans - their money comes apparently with more than a few strings.

FATHER RANIERO CANTALAMESSA  AND AMERICAN BISHOPS RETREAT (Jan 2-Jan 8, 2019 in Chicago at Mundelein Seminary.)
First we must pray so all actions are grounded in our relationship with God. We will not propose any solutions here but ground ourselves in the relationship which will face the crisis.  It is not as if prayer and reform are juxtaposed. Prayer grounds the bishops in their collective Apostolic identity with Christ so out of prayer will come the reform. Acts of Reform are subordinated to prayer.  A report from the retreat.   Here are the talks.   This retreat reminded the bishops in a lived out liturgical experience of prayer the form of theocentric brotherly love that is the antidote to homosexual clericalism.  If one bishop understands and speaks clearly, the retreat will bear its proper fruit. The devotion of Fr. Cantalamessa and Pope Francis to the unity of the bishops is not to shield the individual Judas but to protect the organic whole of Holy Orders which will be the ultimate instrument of reform. Religious orders, diocesan presbyterates with the local bishop, national conferences of bishops, synods of bishops, the college of cardinals, and an Ecumenical Council   are all forms of priestly wholes which must first be renewed in Christ and then wash out their Judas priests. Fr. Cantalamessa was to restore the whole in prayer --exactly the right order of Christ who first prayed all night before calling his Apostles.


II. PRESIDENT TRUMP AND THE NATIONS

THE TRIPLE AXIS: The Triple Axis - a new book by two women in security world. They show the growing China-Russia-Iran axis growing from the US policies of "the three encirclements." Ariane Tabatabai and Dina Esfandiary are good reporters on this phenomena. Pulling out of the nuclear deal they say has helped Iran establish a new prominence among other nations starting with Russia and China.

HUNGARY AND CHRISTIANITY: A very good observation from an English teacher in Hungary. The "Christian revival" of Eastern Europe is very much a work in  progress. 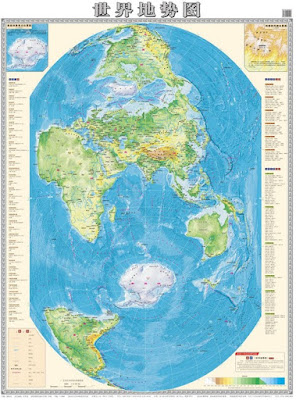 AN INTERVIEW WITH KADYROV: Ramzan Kadyrov - BBC interview with Chechyna leader - very worthwhile. Chechyna has 1.3 million people - an autonomous province within the Russian Federation. They are a dramatic Sunni alternative to Wahhabis and a cultural alternative to the atheistic, sexually confused West conducting the interview. Kadyrov's father led the first Chechyna war and then made peace with Putin. His son (DOB 1976) is a popular president and a serious ally of President Putin. A documentary on Chechyna.

RELIGION OF HUMANITY: The Idol of our Age: How the Religion of Humanity subverts Christianity an interview with Daniel Mahoney about his new book. He understands and has written about De Gaulle, Solzhenitsyn, and Pierre Manent very well. He sees humanism without the Divine as a road to tyranny. Solzhenitsyn is contrasted with Tolstoy who wanted an end to the State and all violence. Solzhenitsyn says the ubiquitous presence of evil demands the instrument of state to protect the common good. Tolstoy is the poster boy of the modern Christian - pacifist, no cross, no sacraments. Soloviev says, "there can be a good war and an evil peace." He was theological predecessor for Solzhenitsyn. That sentiment is repudiated by most Christians and specifically by Pope Francis in a recent interview.

Since 1968 Europe has been de-politicized (loss of nation and collective virtue) and de-Christianized (loss of transcendental meaning and spiritual landscape for humans). They have established a religion of humanity and valorization of human rights undermining the moral life and political community.

Mahoney also writes about the American religious thinker, Orestes Brownson, and his understanding that the liberty of man is dependent on the Sovereignty of God. When humanity is historically and biologically torn from Divine origins and a spiritual nature then the individual loses his weight against the community as surely as a nascent embryo has little claim against a mature female. "If a man owns himself, he will come to own others." Brownson saw the Civil War first as holding together the nation. He understood that America as a nation welded the Sovereignty of God and liberty of man as inextricably tied. Brownson sees the political community of the nation as the locus of the common good. This must be preserved for it is within the American nation that the spirit of liberty and the spirit of religion are held together.

HATE CRIME? The murder of a 7 year old black girl was reported as a hate crime. It was in all the news. There were rallies for justice. Then the killer was arrested - not a white man in a red pickup but a black man who thought he was retaliating for a gang shooting. Will the media self reflect?

TUCKER REJECTS A RELIGIOUS FREE MARKET: An incredible monologue by Tucker Carlson - linking economy and culture to a privileged elite and the declining American nation. He starts with a look at Mitt Romney and "making the world safe for banks." "Market Capitalism is not a religion."  He certainly is the most interesting TV commentator at work today. One major quibble. In the end the health of a nation is not "all about the family." Christmas is not all about family and LOVE is not all about family. Marriage and family are fundamental living bonds that give us purpose, meaning, and serve as the habitats for love and joy. But a nation and a church and a man's life is first based on loving God. When men love God and begin to love other men as brothers we build the Church and the nations within which we can raise and protect our families. No man can protect his wife and children alone. Tucker Carlson knows that better than most. He correctly sees that the libertarian market model is flawed in dealing with our deepest nature. So is the "family first", "family values" model. Something is missing. Something big. It is deeply related to the book discussed above - The Idol of Our Age on humanism as an enemy to Christianity.

GROWN MEN ARE THE SOLUTION NOT THE PROBLEM   Begging to differ with the American Psychological Association.

MEXICO AND JESUS: A Mexican actor turns his wealth to honor Christ.

ANTI-MARY IDEOLOGY: An interview with Carrie Gress on toxic femininity - Feminism as The anti-Mary. The Theology of the Home at her shared blog site - Helena Daily. "All women are called to be mothers. The good mother takes in and transforms. The terrible mother rips apart. We can't get away from being mothers." Her book is an expose of the demonic character of feminism. 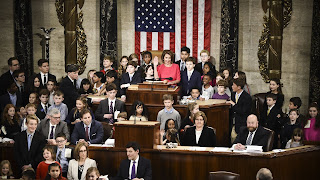 But None Dare Call it Progress. 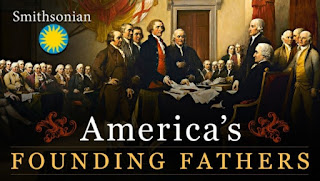 Posted by anthropology of accord at 5:00 AM