MORE ON HOW AND WHY VIGANO WROTE HIS LETTER: An interview with the Italian blogger, Marco Tomasatti, who helped Vigano get his document into Spanish. Tomasatti who calls Pope Francis "Pope Bergoglio" has multiple contacts in the world of Italian journalism.   In this video interview the section about Vigano starts at 47:30. Someone at Vatican Insider wrote that the apostolic nuncios and Benedict knew about McCarrick's behavior. This infuriated Vigano who correctly felt he was being implicated in not stopping the predator. He had already been criticized and investigated for his role in aborting the investigation of homosexual Archbishop John Nienstedt.   Vigano had a friend of his call Tomasatti to set up an interview.  After the Pennsylvania Grand Jury Report, Vigano thought it would be an opportune  time to go public. He decided on a long letter (his "testimony")  rather than an interview with Tomassati. Vigano wanted simultaneous Spanish and English translations. Tomasatti said he would ask Pentin(of National Catholic Register) to translate Vigano statement in English (Ed: we have not verified if Pentin played this role as first English translator of the accusations against Pope Francis and call for the papal resignation).

Tomasatti says all attending his talk at a Pius X society  were praying for Vigano. The strategy of implicating Francis as much as possible is close to Tomasatti's heart. Vigano knew this when he sought him out as a  media savvy bullhorn.
In this interview Tomasatti talked about the resignation of 57 y/o bishop Juan Pineda Fasquelle the Vicar General of one of Francis' closest men, the thoroughly corrupt Honduran Andres Rodriguez Maradiaga. He thought Maradiaga was an important advisor to Francis about potential  North American bishops and cardinals. {ed: This is much more believable than some huge role of McCarrick in influencing the very bad personnel decisions Pope Francis is making with American bishops.}  Tomasatti thinks Vigano is in hiding to avoid being served Vatican papers to summon him for a possible disciplinary proceeding. These kind of summons must be delivered in person. One of the great disservices of the anti-Francis crowd is we lose focus on exposing his most malignant counselors. Maradiaga is a good start.

AUTHORITATIVE BISHOPS, NOT LAY COMMISSIONS, WILL CLEANSE THE PRIESTHOOD: The personalities necessary.

DAVID CARLIN AT CATHOLIC THING - HOW ORTHODOX BELIEF AND SENTIMENT FADES:
"William Ellery Channing (1780-1842), often called “the father of American Unitarianism,” once wrote that Calvinism went into decline in and around Boston, not because Congregational ministers sermonized against Calvinist doctrines, but because they no longer preached in support of these doctrines. The anti-Calvinists didn’t preach against the doctrines of predestination, total depravity, the Trinity, the divinity of Christ, etc. They just remained silent about these matters. And then one day the best people in Boston woke up and realized that they were no longer orthodox Christians and had become Unitarians.
Something not very different from this is happening in American Catholicism with regard to homosexual behavior (not to mention other elements of Catholic sexual ethics). Perhaps no priest is preaching against the traditional Catholic teaching. But not many are preaching in support of it either. As a consequence, the moral disapproval of homosexual conduct that should be found and used to be found in the hearts and minds of Catholics is withering away."


BRUCE OHR ON SOURCING THE RUSSIAN DOSSIER - THE ANIMUS OF CHRISTOPHER STEELE, THE BRITISH PATRIOTISM OF STEELE: The real foreign agent who tried to influence our elections did it not by rigging the vote but by convincing our predisposed intelligence agencies that Donald Trump was a danger to "our western values."   The career British intelligence Christopher Steele had spent most of his life at the Russia desk for the Brits. He despised Trump because he loved his own country and he considered any desire by the Americans to begin a friendly relationship with Russia as tantamount to treason against the "special relationship" with the British.  Steele knew that an alliance of the US and Russia would greatly diminish the role of Britain in world affairs. To understand this story, we must understand the opposition to Trump is not all about Hillary Clinton's campaign team. A much better organized and well-connected foe to the election of President Trump and an American nationalist policy was involved. It is very hard for the British-Australian-Canadian news culture of Fox news to see that English speaking white guys are FOREIGNERS who oppose the Trump nationalist initiative. The other hate-Trump networks are to blinded by their animus to grasp the unfolding story. But somewhere there is a journalist - who will see the complex interplay of national and partisan loyalties and lies is the most compelling story of all.

MORE ON BRITISH INTELLIGENCE, JOHN BRENNAN, AND THE SECURITY AGENCIES WAR AGAINST PRESIDENT TRUMP: Names and Pictures. We can't cleanly and clearly tell the story yet but the outline is in place.

ROBERT CARO RESEARCHING LYNDON JOHNSON: A spectacular  essay by Caro that tells about LBJ and about journalism. "Turn every page."

NOTRE DAME WILL COVER COLUMBUS: Columbus brought Christianity to America. For America's Catholic University to hide our Latin heritage that led to the Cosmic Race of South American history and the miracle of Guadalupe is a pitiful display of how an emasculated priesthood cannot defend our Christian heritage from the diversity mob. Christopher Dawson said the religious historical destiny of the Americas is to bring a convergence of Anglo Protestants and Hispanic Catholics. In the heart of protestant America, it doesn't help tell the continent's story by making the Catholic explorer some kind of villain whose image must be veiled.

GENERAL STANLEY McCHRYSTAL ON IRAN'S QASSEM SULEIMANI: Above all he is a fervent nationalist. A telling tribute to Iran's most important military strategist.

WHILE SAUDI ARABIA GOES AFTER THE HOUTHIS, THE UAE IS ESTABLISHING A SOLID BASE IN SOUTH YEMEN. ARE THEY REALLY TWO DISTINCT ENTITIES? Could the UAE be helping a separatist movement. Here is an old map that still lives in many hearts. The UAE may start a Sunni protectorate in the South. Give the Houthis the North. Tell the Saudis to go home. 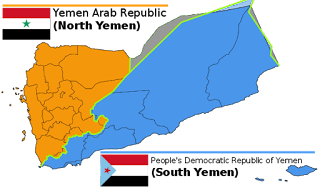 BRAZIL NO LONGER AN ALLY: Brazil and Venezuela from article in Foreign Affairs by Roberto Simon and Robert Winter:

“Under the [leftist] Workers’ Party, Brazil was a strategic ally to Venezuela’s former presidents, Hugo Chávez and Nicolás Maduro. Yet following Rousseff’s impeachment in 2016, diplomatic coziness between the two governments gave way to overt antagonism, as her more conservative successor Michel Temer took a somewhat harder line. Now Venezuelan refugees are pouring across Brazil’s northern border—37,000 have requested asylum since January— and the crisis in Venezuela has entered Brazilian domestic politics and become critical for public opinion.

"Under Temer’s tougher approach, Brazil played an important role in the creation of the Lima Group, an informal alliance of Latin American countries committed to reestablishing democracy in Venezuela. The country contributed to regional efforts at the OAS and elsewhere to isolate the Maduro regime. At the same time, Brazil refused to support any U.S. or European sanctions against Venezuela or Venezuelan authorities, sticking to its decades-long principle that only the United Nations Security Council can impose such penalties. When Trump publicly flirted with the idea of taking military action against Maduro or supporting a military coup in Caracas, Brazil made clear that it would never support such actions.

"But under Bolsonaro, ‘never’ is a big word. The far-right candidate favors imposing sanctions and establishing refugee camps for Venezuelans along the border. Speaking with voters from the state of Roraima, where most of Venezuelan refugees are, he made a promise: “You can count on me, I will do whatever is necessary to defeat that government.” In the first round of voting on October 7, Bolsonaro received almost 70 percent of the votes in the state capital of Roraima, Boa Vista. The Workers’ Party got only ten percent. The possibility of Brazilian support for, or even participation in, military action against Venezuela—unthinkable until recently—will be on the table under Bolsonaro."

SINGLE NATURE ANTHROPOLOGY - ULTIMATE FEMINIST ARGUMENT AGAINST MALE PRIESTHOOD: This really is the heart of the debate which Catholic Sociobiology must answer. Phyllis Zagano raise questions which have not been adequately answered by defenders of the male priesthood. There are theological and anthropological answers to be given.

NATHAN PHILLIPS: An elder for peace after a youth of military service in the Vietnam War? Maybe Not.
Disrupting Mass with the beat of drums.
Philips interview with CNN - including parts not played on TV but obvious falsehoods.
His military service by liberal and honest Washington Post. In his own words - two videos.
Statement by Catholic student and our annual MLK day reflection on Selma.

On Philips from Rod Dreher at American Conservative:
"From a lifelong left-liberal: “My cousin’s friend had a 15-year-old daughter attending the March. Apparently Phillips and his crew first approached her with the chanting, in your face drumming, and screams about leaving America. The child reacted with fear which was not, apparently, the desired optic. They quickly left her and went over to where the boys were chanting, where they did the whole thing over again.”

THE SINS OF COVINGTON HIGH AND THE SINS OF THEIR ACCUSERS
by Anthony Esolen
Posted by anthropology of accord at 6:00 AM