"The massive dragon that refuses to be slain"

A retired cancer doctor's prescription for the corrupted priesthood 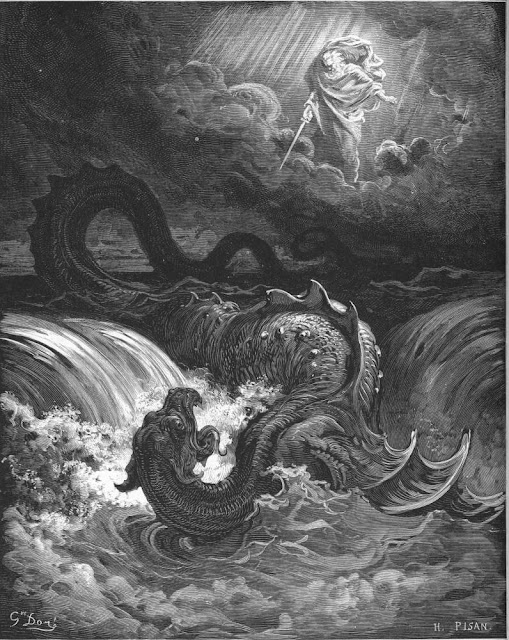 Dr. Pence, let me set up the first question this way. Toward the end of his memoir of the underground churches in China, Zhang Rongliang recalls 2003 when he and his brother Christians went through a period of great disharmony and infighting:


In our own country over the past half-century, the Catholic bishops allowed priestly corruption to grow to a stifling and omnipresent level.
What is the best way for laymen to help rebuild after being kicked in the gut by decadent spiritual fathers?

DAVID PENCE:
"We are facing a malignancy from within that must be destroyed. But, first, we have to get our anthropology straight! The sacrament of marriage is based on the anthropological reality of males and females for reproduction. The sacrament of Holy Orders is built on the anthropological truth that human societies are built on male bonds under a male leader. Masculine brotherly love is the cement of the wide-radius trust that binds warrior bands, cities, nations, and religions into large groups needed for great tasks. The priesthood is the ultimate sacral brotherhood under the Fatherhood of God.

"While marriage is an icon of Christ and the Church, the priesthood is an icon of the love between the Father and the Son. Christ made this clear in his priestly prayer at the Last Supper. The priesthood is the template for the ordered loves which will rebind humanity in many peaceful and righteous nations constituting the Kingdom of God. Male love is not an incidental. Christ called his apostolic band of brothers 'the foundation stones' of the new organism which he instituted to reconfigure humanity as the Body of Christ. Think masculine bonds -- think big!"


But most people don't talk about the priesthood as a love relationship, right?

PENCE:
"At the foundation of truth itself is the love relationship of the eternal Father and the Son. Male love existed before time -- we are learning to express it properly here on earth. The Son has returned to his Father in heaven, this time in a human form.

"Christ gathers His body of believers through a priestly brotherhood. It will be as a patriarchal fraternity that we will be made whole and sit with Him in the brilliant Trinitarian light. Our fitful efforts to seek his Face will be no more."


Some folks would counter this by asking: isn't it ridiculous in 2019 to be holding up the Catholic priesthood as the organizing model for all of humanity?

PENCE:
"Well, the master races from Japan and Germany, the international proletariat armed by the Soviets and Chinese, and the liberal global capitalists and their gender ideology have not quite done the job. Only when you understand the high calling of the priesthood and its pivotal role in organizing public life will you be properly angered by the filth that has desecrated the Eucharist and the priesthood.

"The priesthood is a real organic communion. It will regain its place as the sacral brotherhood when we defend it with pollution taboos."


What is a pollution taboo?

PENCE:
"It is the prohibition of an act that rots the group by its performance. The act pollutes, and thus it must have the strongest kind of punishment, ostracism, and taboo tied to it."


It seems like you're talking about something more than sin, confession, and penance. Does the Church have anything like this, or are you inventing a brand-new category of punishments?

PENCE:
"If a woman has an abortion she is, by the very act, excommunicated from the church. Sodomy in the priesthood has a similar 'power of pollution' of its own. Each act pollutes the protective duty of their respective sex. Motherhood is defiled by abortion. The brotherhood of fathers is defiled by clerical sodomy.

"Any priest or bishop who has committed sodomy -- consensual or not, adult or youth -- is by the very act removed from clerical office. He will be stripped of all sacramental authority (and lose his pension).

"The act of sodomy is a fundamental pollution. It is not a sin again the adultery commandment! Rather, it is a trampling on the first and fourth: the commands to flee idolatry, and to never dishonor one's father. The sodomite priest drags every Roman collar with him into the act which is the antithesis of the Sacred Mysteries. When he returns to the altar there is a cloud of the Black Mass about him. His sin can be forgiven as a repentant layman, but what he has done to the priesthood can only be washed out and sent away -- like Judas on Holy Thursday. Get out of here and be about your evil work!

"The atheist culture of the modern West has subsidized abortion and sacramentalized sodomy. Right now our bishops agree on a severe ostracizing punishment for the woman who goes against the nature of motherhood. But the bishops don't defend their sacral brotherhood of fathers with a similar taboo. Why? Because so many are implicated themselves."


Why do you feel so strongly that today's Catholics misunderstand our Lord's washing of the apostles' feet?

PENCE:
"As is evident from this engraving [below], the dark figure in the back is the perfect symbol of Christ's command to keep the brotherhood clean. Pick up your Bible and read St. John's thirteenth chapter! Peter mistakenly thought it was an act of service and humiliation by Christ, and he wouldn't allow it. But Christ told Peter: 'You don't know what I am doing, but later will understand.'

"Protestants don't think there is a priesthood so they are not going to understand this as an exorcism by a High Priest among his priests. Catholics have held their priests so high that we couldn't see that  Christ's command  to the apostles to do as He had done applied to every generation down through the ages.

"Let's get serious. Where else in Scripture do we treat washing as an act of service, and not a cleansing? This is not Jesus trying to get in some service hours. This is a high priest washing out a horrific filth!

"A woman with cancer is a living organism beset by another living organism made of her own cells malignantly transformed. Her doctor must face the rebellion of her parts by protecting the vitality of her whole. But the malignancy must be met with knife (surgery), poison (chemotherapy), and tactical nuclear weapons (radiation). The doctor must always keep the nurturing of the whole person clear in his mind and central to his healing efforts. But he must strike with a ferocity that makes a patient ask, 'Are you trying to kill me, doc?' There must be a killing -- make no mistake. But the horrible killing, that terrible reckoning, is to get his patient back whole -- stronger and more beautiful than ever.

"If a bishop isn't willing to crack the whip on bad clerics -- high and low -- he should resign his office, and allow a man who will pay the price of healing to take his place."


One of the traditional arguments in support of Vatican II is that it was the Church's "long-delayed grown-up response to the challenge of the Enlightenment."
What do you say, though, to the many Catholics who wonder whether the cure of radical re-invention was worse than the disease? To paraphrase Isaiah 25: our mighty parishes have been turned "into heaps of ruins."

PENCE:
"That's a skewed vision of the Second Vatican Council. The chaotic 1960s found the West sparking the sexual revolution, and the Chinese initiating their disastrous Cultural Revolution. But the sixties were also a great time of spiritual order. The Pentecostals were converting the global South, American Baptists were inspiring an interracial political brotherhood, and the Israelis recaptured Holy Jerusalem. The Catholics formally renewed the patriarchal fraternity of a Eucharistic episcopal-centered Church. Vatican II recast our relations with Jews, the Orthodox, and the Protestants. It also started to reconfigure a new sensibility of worldwide bishops away from the homosexual-saturated Europeans.

"The Fatherhood of God acts through sacred brotherhoods -- of Catholic priests and free nations. Synods and conferences of bishops led by clear-speaking heroic individuals will clean out the homosexuals who took over Rome long before the sixties. The individualism of the Enlightenment has peaked in the depressing confusion of gender ideology. That happened in the Church through a homosexual clergy as surely as it corrupted Western politics through feminism and globalism. The Catholic priesthood, once it is reformed and re-sacralized, will lead us back to the patriarchy of God. The fraternity of an apostolic church will be the template for the free nations. Don't knock Vatican II -- it's just beginning to be made manifest. Many people criticized the Council for not attacking Communism as the world's greatest evil. But the fathers attacked atheism as the most serious threat to humanity, and treated Communism as one subset. The atheists have reappeared, not as armed missionary Reds, but as ideological globalist bureaucrats. The very structure of the Council and Church -- a patriarchal fraternity -- is exactly the form needed to fight the dragon of our age. But first, the apostles need their foot-washing."