Friday BookReview: W.H. Auden on LORD OF THE RINGS

One of Tolkien's earliest defenders was Mr Auden; here is a portion of his 1956 book review that appeared in the 'NY Times' -

In "The Return of the King," Frodo Baggins fulfills his Quest, the realm of Sauron is ended forever, the Third Age is over and J. R. R. Tolkien's trilogy "The Lord of the Rings" complete. I rarely remember a book about which I have had such violent arguments. Nobody seems to have a moderate opinion: either, like myself, people find it a masterpiece of its genre or they cannot abide it, and among the hostile there are some, I must confess, for whose literary judgment I have great respect...

Mr. Tolkien has succeeded more completely than any previous writer in this genre in using the traditional properties of the Quest, the heroic journey, the Numinous Object, the conflict between Good and Evil while at the same time satisfying our sense of historical and social reality...

As readers of the preceding volumes will remember, the situation in the War of the Ring is as follows: Chance, or Providence, has put the Ring in the hands of the representatives of Good, Elrond, Gandalf, Aragorn. By using it they could destroy Sauron, the incarnation of evil, but at the cost of becoming his successor. If Sauron recovers the Ring, his victory will be immediate and complete, but even without it his power is greater than any his enemies can bring against him, so that, unless Frodo succeeds in destroying the Ring, Sauron must win. 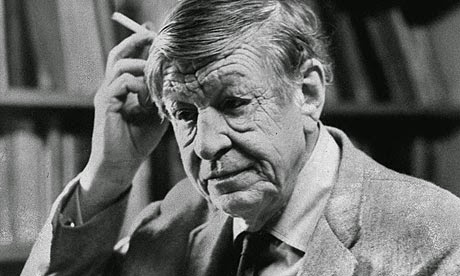 Evil, that is, has every advantage but one -- it is inferior in imagination. Good can imagine the possibility of becoming evil -- hence the refusal of Gandalf and Aragorn to use the Ring -- but Evil, defiantly chosen, can no longer imagine anything but itself. Sauron cannot imagine any motives except lust for domination and fear so that, when he has learned that his enemies have the Ring, the thought that they might try to destroy it never enters his head, and his eye is kept toward Gondor and away from Mordor and the Mount of Doom.

Further, his worship of power is accompanied, as it must be, by anger and a lust for cruelty: learning of Saruman's attempt to steal the Ring for himself, Sauron is so preoccupied with wrath that for two crucial days he pays no attention to a report of spies on the stairs of Cirith Ungol, and when Pippin is foolish enough to look in the palantir of Orthanc, Sauron could have learned all about the Quest. His wish to capture Pippin and torture the truth from him makes him miss his precious opportunity.

The demands made on the writer's powers in an epic as long as "The Lord of the Rings" are enormous and increase as the tale proceeds -- the battles have to get more spectacular, the situations more critical, the adventures more thrilling -- but I can only say that Mr. Tolkien has proved equal to them.


[For more background on Auden and the early fans of Tolkien's masterpiece, check this out].


UPDATE: Here's a powerful clip of the final battle (from the animated version).

One of the most beautiful segments of "The Lord of the Rings" is about Tinúviel.