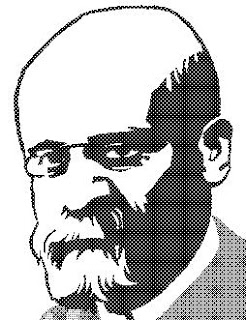 Emile Durkheim (1858-1917) was a Jewish French scholar who is considered the Father of Sociology. Mary Douglas (1921-2007) was a Catholic British anthropologist who was one of his most eloquent interpreters.

Durkheim was not a believer, but he revolutionized the sociology of religion (The Elementary Forms of Religious Life    this pdf of the book includes the terrific Translator's Introduction by Karen Fields which should be read by those not tackling the whole opus) Durkheim is considered the pioneer of  studies concerning the sociology of knowledge (Primitive Classification with Mauss). Dame Douglas was a practicing Catholic all her life, and that allowed her entry into the communal form that both scholars wrote about so well. When asked how she could be both a Catholic and an anthropologist she responded, "Let me start by saying I find that an incredibly ignorant question." Her first important work was Purity and Danger. Though she described it as "obscure, intuitive and ill-prepared," it won her a place in the world of sociology. In that book she explained how all societies (not just the primitives) establish taboos -- which protect a sacred ordering of reality, and threaten danger if the purity codes are transgressed. Her most eloquent work, How Institutions Think, was "a coherent argument about the social control of cognition." She began that work noting "the hostility that greeted Emile Durkheim and Durkheimians when they talked about social groups or institutions as if they were individuals. The very idea of a suprapersonal cognitive system stirs a deep sense of rage. An individual that encompasses thinking humans is considered to be a nasty totalitarian type…" This rage was especially expressed in the influential anti-religious The Authoritarian Personality (1950) by another sociologist, Theodore Adorno.

Both Durkheim and Douglas accepted religion as a fundamental social reality, which organizes the attention structure, and intellectual classifications, which dictate how members of the religion or social group think and act. Douglas was indebted to Durkheim, who she wrote "was convinced that the Benthamite model by which a social order is produced automatically out of the self-interested actions of rational individuals was too limited because it gave no explanation of group solidarity."

Durkheim’s first task in the scientific empiricist intellectual milieu of his time was to convince scholars and thinkers to respect "religion as grounded in the nature of things." His fieldwork was with aboriginal tribes in Australia. His definitions:

"Religion is a unified system of belief and practices relative to sacred things -- that is to say, things set apart and forbidden -- beliefs and practices which unite into one moral community called a Church, all those who adhere to them."

"Religious beliefs display a common feature: a classification of real or ideal things into two classes -- two domains -- one containing all that is sacred and one containing all that is profane. The sacred and profane are always conceived by the human intellect as separate genera. In the history of human thought, there is no other example of two categories of things as profoundly differentiated, as radically opposed to one another. Sacred things are protected and isolated by prohibitions. Religious beliefs are those representations that express the nature of sacred things and the relations they have with other sacred things or with profane things. Rites are rules of conduct that prescribe how man is to conduct himself with sacred things."

Above all, Durkheim saw religion as a social reality. If a religion were "morally dense," its classification systems, prohibitions and commandments would be internalized by members of the group. Religious sensibility tied a man to his group and nature in a very particular way. It offered to the individual not just random thoughts and vocabulary words but classifications -- time, space, person, causality, matter and spirit. These classifications are deeply rooted in the nature of things and allow the child born into such a system a clear path to enter into a shared community capable of describing reality. He saw creeds and beliefs as shared representations of reality. He argued that men couldn’t really have a serious meeting of the minds if they do not agree on fundamental categories like space, time, and causality. These categories are not discovered by each man but bequeathed by the social group in the structure of language and religious practice.

"Society is a reality, sui generis; it has its own characteristics that are either not found in the rest of the universe or are not found there in the same form. The representations that express society therefore have an all-together different content from the purely individual representations and one can be certain in advance that the former add something to the latter. Collective representations are the product of an immense cooperation that extends not only through space but also through time; to make them, a multitude of different minds have associated, intermixed and combined their ideas and feelings; long generations have accumulated their experience and knowledge. A very special intellectuality that is infinitely richer and more complex than that of the individual is distilled in them."

Mary Douglas wrote of Durkheim:
"He harped always on one theme, the loss of classificatory solidarity. He deplored its irreplaceability and the crisis of individual identity that followed from the absence of strong, supporting, publically shared and privately internalized classifications. He taught that publically standardized ideas (collective representations) constitute social order. He recognized that the hold they have upon the individual varies in strength. Calling it moral density, he tried to measure its strength and to assess the effect of its weakness." 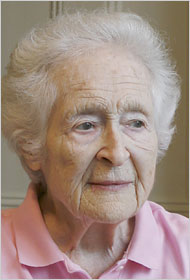 Durkheim turned the empiricist individualistic thinking on its head with his short book Suicide. He did a methodological study of that horrible, most individualistic, act and interpreted it in terms of loss of social cohesion. It was a pioneering work in sociology in terms of studying and interpreting a particular social phenomenon in terms of societal context. He found Protestants more than Catholics, men more than women, the unmarried more than married as likely to commit suicide. He also discussed what he called 'anomic suicide' affecting people who have lost their place in the social order during times of upheaval. The breakdown of religious adherence, national identity, and a defined role in the division of labor could all exacerbate the anomic’s confusion and loss of social place. Historical eras in which social changes led to a loss of social solidarity, clear identities, and status would have more suicides.

In Durkheim’s work there is an abiding respect for the collective social systems transmitted through time, which have allowed generations to survive and reproduce. He respected the rabbis of his ancestors with all their prohibitions more than the pompous university student ready to explain away the collective consciousness in an arrogant display of individualism. But Durkheim is no Rudolf Otto (The Idea of the Holy). He does not acknowledge the numinous experience of the Holy, which created that fundamental category of the sacred. He knew something was real in religious ritual, but contended it was the shared emotional experience which solidified group solidarity. This is what Arab Muslims call Asabiyyah -- the group feeling of social cohesion. While Durkheim did not don his kippah (skullcap) in submission to G-d, he recognized the power of Asabiyyah and he knew it was more than the sum of individuals in congregation. His recognition of "classificatory solidarity" certainly influenced the work of Philip Rieff who lamented the Freudian therapeutic personality replacing the internalized character of the religiously sanctioned soul. Durkheim has articulated a more convincing set of arguments for both the Christian religion and American nation than most theologians and political theorists. He has recognized the "suprapersonal cognitive system" though he could not see the Divine Persons at its heart. Let us heed his wisdom.

(NEXT WEEK: A conclusion on Mary Douglas)