Two of the most articulate foreign policy experts who strongly favor closer U.S. relations with Iran have laid out their case in Going to Tehran: Why the United States Must Come to Terms with the Islamic Republic of Iran. This hour-long interview with professors Flynt Leverett and his wife Hillary Mann is the best summing up of their views.

Here is a reaction to the book by a Russian immigrant to America:


This is a well-written, frank, and courageous book. The master idea is that there are unpleasant times ahead for the US unless it changes its policy from a hegemony-oriented policy to a modus-vivendi-oriented policy. The conclusion of the book is: it's time for an American president to go to Tehran.

It offers an unorthodox analysis of Iran and is a scathing criticism of the US's foreign policy. The authors argue that the US is simply on the wrong trajectory leading to very unpleasant outcomes. The Grand Strategy of the Obama's administration (like the administrations before him) has been to effect a "regime change" in Iran. It has been endorsed and pursued semi-silently, not openly. The strategy is to topple the Iranian regime "by other means" and replace it with a puppet regime made of the Iranian émigrés, cranks, Saudi-backed militant lunatics and double-agents. This unpleasant compote we can observe today in Syria. The strategy is extremely ill-advised. The "other means" are: 1] a run on the Iranian currency; 2] sanctions and embargoes against Iran; 3] cyber-weapons and "worms" targeting Iran's nuclear facilities; 4] targeted assassinations of top Iranian nuclear scientists; 5] sanctions against Russia, its banks and firms doing business with Iran.

This strategy may prove successful. But the collateral damage will be very unpleasant for the US. Apart from putting the world of international relations in flames, one of the victims will be the relations with Russia -- my former country -- which has been already much frayed because of the conflict in Syria and the US's support of the anti-Putin opposition last year.


Among the many antagonistic reviews in the mainstream media was one written by Laura Secor in the 'NY Times.' An excerpt from that essay of March 1, 2013:

The concluding pages of Going to Tehran argue that American policy makers cannot resolve their impasse with Iran’s government so long as they imagine they can isolate it, strangle it, bombard it, dislodge it or simply wait for it to fall. Rather, a visionary American administration should take the Islamic Republic seriously as a strategic partner and negotiate a comprehensive agreement covering all outstanding issues between the two nations.

The Leveretts compare such a diplomatic enterprise with President Richard Nixon’s opening to China. They suggest that outreach would start with assurances that the United States will not seek to invade or topple the Islamic Republic; that Iran can enrich uranium on its own soil, but with international safeguards; and that the Arab-Israeli peace process will include the Iranians and take account of Iranian interests...

Going to Tehran is too one-sided to illuminate much about the history of relations between the United States and Iran. For that, readers would be well advised to pick up Becoming Enemies, a fascinating collection of declassified documents and expert and participant commentary from the time of the Iran-Iraq war, co-authored by six scholars... 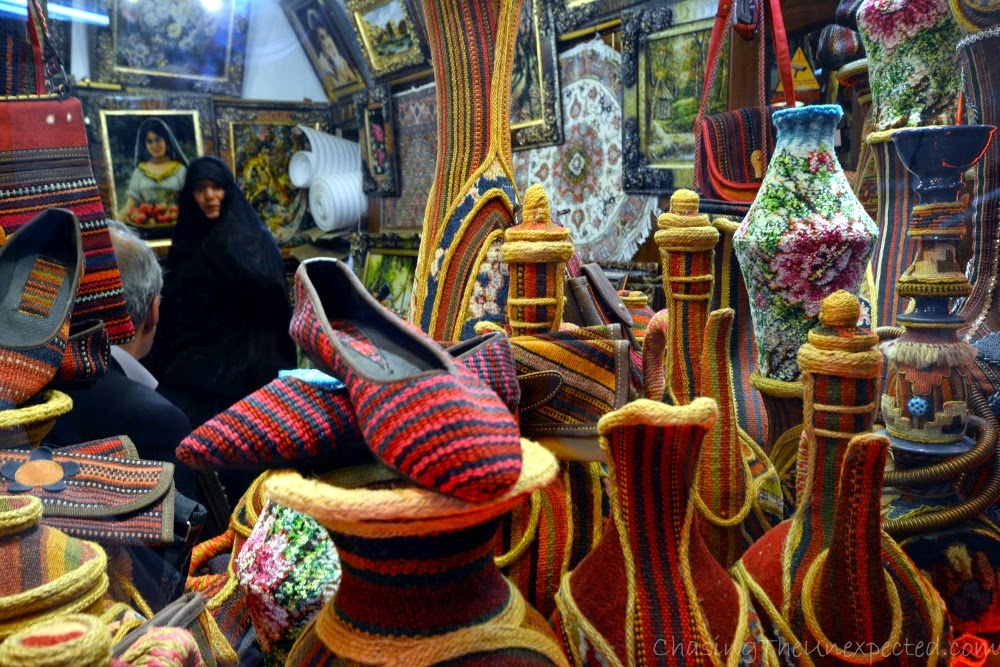 Here are portions of a long 'Foreign Affairs' essay by Miss Secor on two other books regarding Iran:


"There is something irresistible about the story of Iran’s last shah, Mohammad Reza Pahlavi. The pampered, foreign-educated son of a dour autocrat, Mohammad Reza ascended to the Peacock Throne in 1941, at age 21. He was weak and malleable, surrounded by sycophants and schemers, beholden to foreign powers that treated him with contempt. Nearly unseated by his popular prime minister, Mohammad Mosaddeq, in 1953, the shah retained his throne with American and clerical connivance...

"The story of the shah is compelling in the way of fiction: the tragic antihero friendless in his gilded palace, unable, for want of character and common experience, to see the shadow he himself has cast. But if the monarchy is the stuff of literature, the story of Iran’s postrevolutionary Islamic Republic calls for sociology instead. Reading Iranian history as written by Westerners, it is impossible to miss this dramatic reversal of emphasis. Inevitably, accounts of prerevolutionary Iran foreground the shah, his court, and its foreign patrons. But the revolution forced Iranian society, with all its cleavages and complexities, its aspirations and refusals, into the light of historical explanation. For all the Western intimacy with the Pahlavi court, and for all the opacity of the Islamic Republic, Westerners see Iran more clearly now.

"Two magisterial new books by British scholars of Iran make the best of this historical divide and the continuities that span it. James Buchan’s Days of God, a survey of the Pahlavi years, with spectacular detail on the revolution itself, includes some deft portraiture and notes of literary grace. Buchan, who lived in Iran in the late 1970s, writes with an irreverence and confidence born of long familiarity, and the Iran of his history feels vibrantly present. Still, his history moves largely from the top down until 1979, when the revolution forces the old protagonists from the scene. Michael Axworthy’s precise and judicious Revolutionary Iran carries the country’s history forward as a contest among political visions and social forces. Axworthy’s Iran is less lived-in and more abstract than Buchan’s, but in another sense, more fully dimensional.

"To read these two books together is to understand the revolution as something other than a historical rupture. It is to sense that when looking at Iran before and after the revolution, one is turning a kaleidoscope, reconstituting a new picture from the same elements...

"Mohammad Reza, as Buchan portrays him, was a stateless creature of an international aristocracy to which he never properly belonged, perched awkwardly atop a country that never properly belonged to him. His father founded the Pahlavi dynasty from nothing, having seized power as a low-level military officer of obscure origins...

"Beyond the palace gates, Iran convulsed with social upheaval that threw its inequities into sharp relief. Hundreds of thousands of rural Iranians, displaced by land reform, swelled the country’s cities, many of them settling in slums and shantytowns. Between 1930 and 1979, Tehran’s population leapt from around 300,000 to about five million (today it is close to 14 million), poor youth from traditional families living cheek by jowl with the cosmopolitan sons and daughters of the modern middle class and with casually entitled foreigners. The structures of old Iran -- the bazaar as the center of commerce, the low houses turned in on private courtyards, the neighborhood cleric as moral arbiter -- heaved beneath the pressure of the emerging megacity...

"Ayatollah Ruhollah Khomeini, a charismatic cleric distinguished as much by his mystical cast of mind as by his ferocious opposition to the shah... first rose to prominence when he organized opposition to a 1963 law conferring on women the right to vote and to run for city councils. Not long after, he tapped into the rich vein of public indignation by speaking out ringingly against the shah’s apparent capitulation to American whims. As early as 1943, he had envisioned an Islamic state governed by a learned cleric and with no legislation but the word of God...

"Buchan portrays Khomeini as a lifelong radical, an aggressively political man within a clergy that was largely quietistic. Khomeini exuded a cold-blooded ambition that the head of SAVAK once said made his hair stand on end. In his presence, writes Buchan, one felt “as if some figure of fathomless authority had appeared and with a single glare brought modernity . . . to an end.” Forceful and uncompromising, Khomeini conceded nothing to courtesy, to diplomatic niceties, or, in the end, to the softer yearnings of his own people. “Within Creation, he seemed to be but imperfectly detained, like a passenger in an airport lounge in thick weather,” Buchan muses. “In the West, having done with Scholasticism long ago, we cannot understand a man who could know so much and, at the same time, so little. His mystical writings pass over our heads and his political statements . . . beneath our notice.” 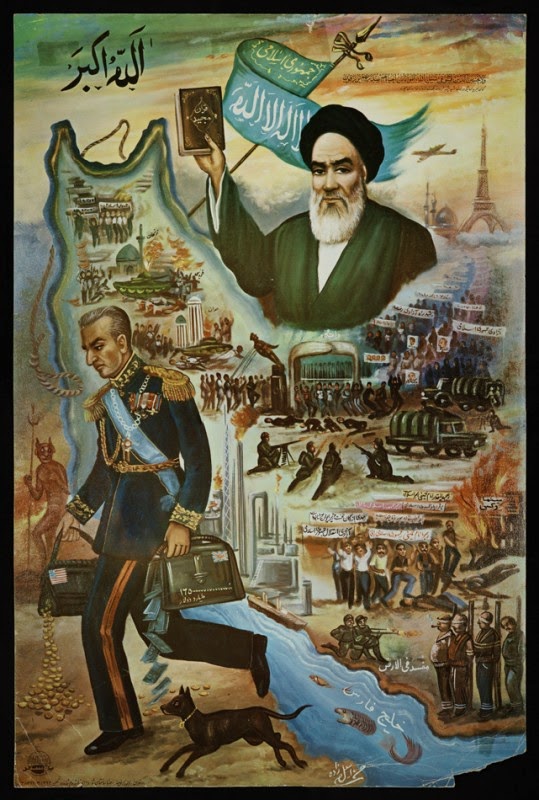 "Axworthy’s Khomeini cuts a strikingly different figure. According to Axworthy, as the first supreme leader of the Islamic Republic, Khomeini acted with a detached impartiality, often wincing at the application of violence. Axworthy contends that Khomeini sought to end the Iran-Iraq War in 1982, after Iran regained the territory it had earlier lost, and only reluctantly acceded to the Revolutionary Guards’ judgment that it would be better to invade Iraq and pursue the ouster of Saddam Hussein. Axworthy believes that judgment was sound...

"Throughout the 1980s, the Islamic Republic forged itself in the white heat of conflict, both foreign and domestic. The Iran-Iraq War cost hundreds of thousands of lives... At home, the revolutionaries who had toppled the shah found themselves divided over the very fundamentals of the new regime: whether it should embrace theocracy or republicanism, socialism or mercantilism, liberty or justice. As the radical clerics around Khomeini closed ranks, opponents of the new revolutionary order faced everything from firing squads to street combat, culminating in the execution of thousands of political prisoners in 1988. The opposition that the Islamic Republic did not decimate, it intimidated into silence. Prisons that had been built by the shah filled to many times their capacity, such that cellmates had to take turns sleeping because there was not enough room to lie on the floor. Although the new regime discontinued methods of torture deemed un-Islamic, it came up with new ones. By the time of Khomeini’s death, in 1989, a stable order had emerged from a level of violence unprecedented in Iranian history."

Of the few Islamic nations with a majority Shiite population, Iran is the biggest (followed by Iraq and Azerbaijan).

Iran is the 17th largest country with almost 80 million people, more than twice the number in Iraq.

[Saddam Hussein -- whose party was basically secular Sunni -- welcomed the Iranian revolution, but the two countries soon were fighting. Their long war ended in a 1988 stalemate.]
[Iran and Israel have been at war since the revolution when Israel lost an ally in the Shah. This war with multiple fronts and acts of sabotage has greatly confused the ability of the United States to center anti terrorism efforts on the Wahhabi source in Saudi Arabia. Israel has struck a de facto alliance with the Saudis in their mutual disdain for an Islamic Iran. This war between two nations has  not been explained well by journalists or policymakers in American foreign policy. This conflict has been a source of great confusion in which Israel’s aims and ours are not the same. It really is not enough to depict two sources of terrorism -one Shia from Iran  and another Sunni from Saudi Arabia. A Shiite Islamic Iran is a fact like the Jewish State of Israel is a fact. We need to deal with them both.]