ROBERT MUELLER AND THE GREAT MISDIRECTION IN AMERICAN INTELLIGENCE

Blair was a "new Labor" politician in the way Bill Clinton was a new Democrat. They believed in the new global capitalism and had solid support in the corporate world. Both did very well for themselves in the high altitude world of globalists after holding public office. Tony Blair in 2018 made a 12 million dollar deal with the Saudis as an advisor  through his group Institute for Global Change. He is no stranger to the Kingdom.

Robert Mueller has a sterling reputation as a singular minded straight arrow. His desire to keep the religion of Islam and the country of Saudi Arabia out of his investigations of 911 can be thought of as a remarkable ability to focus on individual terrorists-not the religious culture that created them.  Such high minded fairness is not always evidence of strategic depth. It may be an impediment to understand the men and cultures who live and die by other standards. Mr Mueller did not betray his country by treachery.  It was the smallness of his vision, the pinched rectitude of politically correct Washington which made him an icon for all the new women employees, agents and government officials. To the men of the Arabian desert, to the vigilant Israelis and to the old international hands of British espionage, the American political creatures that called Ted Kennedy- the Lion of the Senate, John McCain-the patriot war hero and Robert Mueller-a fearless G-man- were easy pickings for much tougher men carrying out their national agendas.

At the September 15,  2001, meeting of principals to discuss America’s response to 911, the role of Mueller was to investigate the motivations and workings of the men who did the crime. He stunningly failed in that task which arguably should not have been his.  The CIA mission became militarized as The Worldwide Attack Matrix of George Tenet’s initial strategy for the war on terror.

When Donald Trump ran for President he said we may have to keep Muslims out of the country until “we figure out what the hell is happening. Where does such hate come from?” He was right that we had not yet figured out what the hell was going on. That question was not answered when he did his sword dance in Riyahd.  President Obama (2009-2016) was getting much closer to the truth of things as he tried to treat Iran as a nation deserving respect and admitted that our alliance with the Saudis was “complicated.” Unfortunately the media and foreign policy establishment's animus toward President Trump and Trump’s animus to Mr. Obama have prevented them from sharing vital lessons with each other for the good of the country. Mr. Mueller's probe of Russian collusion seems another misdirection from the much more significant collusion that he seems to have missed and even obstructed in looking at the relationship of Saudi Arabia to the 911 attacks.

Let us conclude this reflection by listening to the greatest geopolitical thinker of our era-Lee Kuan Yew of Singapore:  “In killing terrorists, you will only kill the worker bees. The queen bees are the preachers, who teach a deviant form of Islam in schools and Islamic centers, who capture and twist the minds of the young.”

THE VIGANO CABLE: With everyone, we continue to learn. We are all indebted to Rod Dreher of America Conservative for great initial reporting. Be careful about his prescriptions though. Dreher was a new Catholic convert when his remarkable journalistic skills led him into the cesspool of the American homosexual clergy. His understandable disillusionment led him out of the Catholic Church. He had become convinced though of the liturgical truths of priesthood and Eucharist and so he sought out Orthodoxy.  Now when he comes upon the filth again, he leans toward the argument that  Francis should exit the papacy. We wish Dreher had not left the Church and we certainly think Francis leaving the papal office just as he is figuring out the place would be a disaster.  As more reporting on the Vigano cable matures, we will respond as well. For now, we study and await "mature reporting" on this  stunning document by a good man seeking the truth. We have never been presented with a more truthful depiction of the corruption in the Vatican. Parrhesia indeed. And yet the Cardinal has drawn a deeply flawed conclusion about a very holy man working his way through this fetid swamp as well.  We think the fundamental parameters of reform are becoming clear. Here is our clearest argument of why the male Priesthood is so necessary for humanity and why it is so particularly degraded by the homosexual cult within.

Other important articles include: Is it a plot to get Pope Francis?; The 11 page Document and a summary; Who is Vigano? by Taylor Marshall; Vigano Defense of the Charge he stopped Nienstedt Investigation; Where did McCarrick live after charges about seminarian abuse?; McCarrick had private sanctions: He never followed them and no-one pressed him; Vigano and the Bank by Taylor Marshall - another dimension; The best case for Vigano; The Silence of the Pope - a spiritual defense
By the author of an insightful biography of Francis: Austin Ivereigh.

CHAPUT SAYS CANCEL YOUTH CONFERENCE: Instead he says, Let's talk about the life of Bishops. A great idea. Leave the young people alone. Get the men in the room and decide who we are going to be - a fraternity of fathers or a masquerade party for homosexuals leading the clerical good life. This is exactly the kind of parrhesia the Pope has tried to introduce into the synods. We are getting somewhere.

OF COURSE WE ARE THEOCRATS: Peter Leithart explains why Christians too think the world should be ruled by our own kind of Sharia.

ARETHA FRANKLIN'S FUNERAL: Barack Obama and George Bush were summoned to the over the top extravaganza for John McCain causing them to miss the funeral of the Queen of Soul. Bill Clinton was there.  Hillary Clinton was there as well and she seemed relaxed and  comfortable in her role as wife to the charismatic Southern white man who could talk in a Christian cadence to fellow Americans who were black. Aretha Franklin's father was a great black preacher and pastor in Detroit when Motown was a center of black culture and a place a man could make a good living with his hands. Smokey Robinson was her neighbor. Diana Ross lived within a mile.  She learned music "singing in my father's church."  She brought the black Christian church into the middle of America.  She was part of the integration of music  "cross over" that broke black singers out of the R&B rack to the bigger radio stations.  R E S P E C T and soul were not celebrations of black pride but musical manifestations of shared humanity. That humanity under God really plays a bigger market with a lot longer shelf life. As her friend Gladys Knight said, "Now she's joined the chorus of angels and I hope I make it there too." American music is so blessed to start in Church. The purity of children raising their voices in praise of the Father is then recognized as beauty and applauded through a great performer's life. The crowds go wild with applause and adulation. The challenge for the artist is to remember their financial success is an attempt by crowds to reward an innocent human heart in praise and thanks to the Lord. We call that "soul".  Miss Aretha never forgot her gift came from God and her music was meant for Him.   She was something so much more than a feminist. She was a natural woman. She wasn't trying to be the President. She was the Queen. Here are Carole King and Al Sharpton discussing her work and life.
Addendum(9/2)  Pastor who gives eulogy criticized for saying black women need men to raise sons. Aretha Franklin had a very strong daddy as did many more black children in the "ghetto" she grew up in the 1940's and 50's. The sexual revolution has been disaster for black Christian culture. This story is a hint.

DIGGING FOR DIRT ON THE PRESIDENT: Talk to Weisselburg... and now they will.

III. AROUND THE WOLRD R&G NATIONS ROUND UP

NATIONALISM AND HAZONY: A review of Yoram Harzony's Virtue of Nationalism by Samuel Goldman at Modern Age.

PAKISTAN, IRAN, SAUDI ARABIA: These are the relations we must understand to get out of Afghanistan.

YEMEN AND AFGHANISTAN PAY THE PRICE FOR AMERICAN MISDIRECTION
On Yemen   Why can't the 9th and 10th most powerful militaries in the world defeat the Houthis?
This is good report but does not strike at the fundamental problem of Wahhabi hostility to Shiite rule wherever it appears--Bahrain, Iraq, Iran and Syria for starters.   This is not a war of Saudi Arabia against Iran. It is Saudi Salafists(led by MbS)  declaring war on  a neighboring country's minority Shia population. This has strengthened AQAP in the South. The UAE meanwhile is putting together coalitions on the ground to establish themselves eventually in the southern Sunni region of the country.    Saudi Population: 28 million(in 2106 CIA)(1/3 foreign worker). Yemen Population: 28 million (35-40% Shia mostly in North.)   UAE-9 million.

THE SPREAD OF JIHADIST ISLAM: Young Turk video - excellent in pinpointing the Wahhabi-Saudi sources of terrorist Islam.  It is the culture of Saudi Arabia, a video explaining Kamel Daoud NYTimes article.

CHINA AND AFRICA: China plays the long game while the US Senators are paralyzed by hating Trump.

RESOURCE NATIONALISM: Resource Nationalism is a good name for the new post-Cold War description of strategies for national development. There are 600 million people below the Rio Grande River in the Americas. There are a billion people in Africa but there will be 4 billion in 2050. One source of wealth for these people will be the land and mineral resources of whatever political community they form. This is another face of economic nationalism. 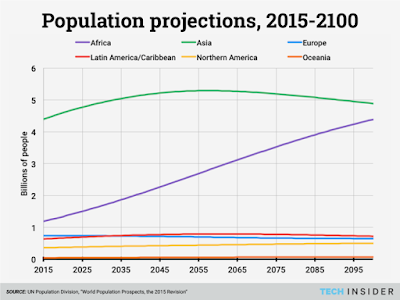