Friday BookReview: COLUMBUS through the eyes of "the Harvard admiral"


Martin Luther was a lad of 8 when his fellow Catholic, Christopher Columbus, sailed away from Europe... only to discover America.

Less than forty years later, the Virgin Mary made several appearances at Guadalupe, Mexico, to an Indian peasant -- which (in the words of the esteemed Jesuit, Fr. John Hardon) "opened the greatest missionary expansion of the Gospel since apostolic times."

[To go a bit further on the sixteenth-century timeline, consider that the Council of Trent met from 1545 to 1563.
That great meeting for renewal and "counter-Reformation" convened a year before Martin Luther's death, and closed a year before John Calvin's.] 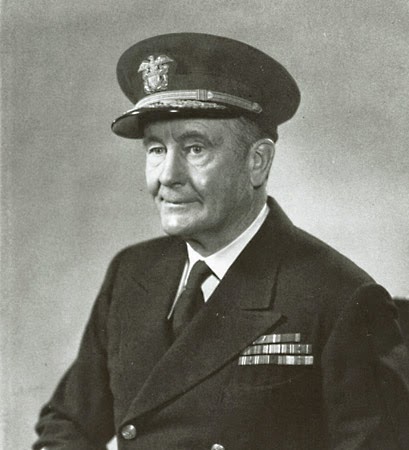 Here is the fine little article by Maureen Mullarkey that directed me to Samuel Eliot Morison and the condensed version of his Pulitzer-winning Admiral of the Ocean Sea (published during WWII as he rose in the naval ranks).

The professor's comment on the few months between Columbus' first and second voyages to the New World:
"After passing through Madrid and Toledo, he took the pilgrims' road to Guadalupe [halfway to Cáceres], passing through Trujillo, where a thirteen-year-old boy named Francisco Pizarro, the future conqueror of Peru, was then engaged in caring for his father's herd of swine. Columbus prayed long and fervently before the famous Virgin of Guadalupe, and the monks asked him to name an island after her shrine. En route to Seville, he passed through the little town of Medellín, where a small boy named Hernán Cortés must have seen him pass."


"This outward passage must have been very close to a sailor's dream of the good life at sea. Sailing before the trades in a square-rigger is as near heaven as any seaman expects to be on the ocean. You settle down to the pleasant ritual, undisturbed by shifts of wind and changes of weather. There is a constant play of light and color on the bellying square sails (silver in moonlight, black in starlight, cloth-of-gold at sunset, white as the clouds themselves at noon), the gorgeous deep blue of the sea, flecked with whitecaps, the fascination of seeing new stars arise, the silver flash when a school of flying fish springs from the bow wave, the gold and green of leaping dolphins. And on this Second Voyage of Columbus there were seventeen ships in company, so that from the high-pooped flagship one could see white sails all around the horizon. Every day the faster vessels romped ahead, racing one another, but toward sundown, as the hour of singing the Salve Regina approached, all closed [round the flagship]... At eleven, at three and at seven o'clock the watch is changed. Just before the morning watch goes on, a priest on board the flagship celebrates what used to be called a 'dry Mass' -- going through all the motions but not actually consecrating the elements, lest the rolling of the ship cause them to be spilled or dropped. On the other vessels the men watch for the elevation of the host as the signal to kneel and cross themselves; then a hymn is sung, the glass is turned, the watch relieved, and everyone cracks on sail to race the others during the daylight hours."

It was on this Second Voyage that the first future US territory was discovered: St. Croix. Columbus called it Santa Cruz -- and it was there that "the Spaniards had their first fight with natives of America."
They also explored much of the southern coast of Cuba, including Guantánamo Bay (which the U.S. has controlled since 1903) and, very likely, the Bay of Pigs.

Let us jump back to the beginning.

Fr. Hardon says that Spain is "a country that for 700 years had suffered martyrdom under Islam, in defense of the Catholic Faith." It was only a matter of months between the time that the Moors were finally expelled, and the summer day when Columbus (thanks mostly to the Catholic queen Isabella) was able to launch his epochal First Voyage.

Cristoforo -- named for Saint Christopher -- was born and reared in Genoa, the republic that included Corsica. (Noble ancestors, indeed, to produce a pair of men such as Columbus and Napoleon!)

In his mid-20s Columbus traveled to Portugal, "then the liveliest and most progressive country in Europe." He and his brother started a sea-chart business, and later joined the merchant marine -- "the finest and most far-ranging in the world." Christopher married into a prominent Portuguese family.

Unable to convince the King of Portugal (a nephew of Henry the Navigator who had founded the Portuguese empire) to underwrite his westward voyage, Columbus turned to Spain. 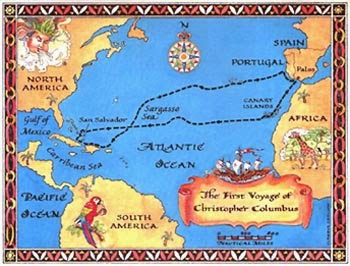 On this First Voyage, Columbus "saw the first maize or Indian corn ever observed by a European, the first hammocks, woven from native cotton, and the first yams and sweet potatoes..."

The Indians on Cuba smoked cigars -- and through the Spaniards the use of tobacco "spread rapidly through Europe, Asia and Africa."
(Coconut palms and banana trees were among the items introduced to the Caribbean by the Spanish.)

Though some of the Indians wore small pendants of gold, Columbus' expedition found no gold on the assorted islands -- until they got to Haiti "which saved Columbus' reputation."

"They established a Spanish settlement, Navidad, on the north coast of the island of Hispaniola in what is now Haiti. That settlement was destroyed by the natives but Columbus on a later voyage established Isabela farther to the east on the north coast. The Spanish colony on the southern coast, Santo Domingo, became a staging point for later expeditions and provided supplies for the conquistadores in Mexico and elsewhere. The first administrator for Santo Domingo was a brother of Christopher Columbus. Spaniards were given estates on the island and the right to compel the labor of the natives."

(Haiti eventually became the first republic of people of African descent. Its revolution was a racial bloodletting. Haiti and the US, "were the only two countries which were not able to abolish slavery without the extensive bloodshed of civil war." The other side of Hispaniola would become the Dominican Republic. Both countries have populations of 9 million but the DR has 10 times the GDP, speaks Spanish, and looks to Spain for its heritage. Haiti speaks French and has cultivated a black African identity. These neighbors, so close, are often deeply set against each other culturally.)

The homeward passage "was a far greater test of Columbus' courage and seamanship and ability to handle men than anything he had hitherto experienced... The Admiral had to fight the elements and human weakness as never before or since."

That winter was so cold, the harbor of Genoa froze over! 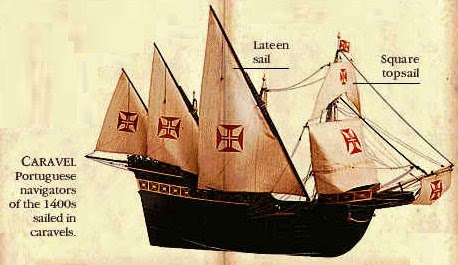 (The caravel, used by Columbus and the early explorers, was an idea launched in Portugal. The small ship had the ability to "tack" into the wind. See this video, beginning at 5:45 mark.)

Once back in Spain, Columbus was derided by some of his own fellow travelers seeking their backpay from the King. His two sons, pages at the royal court, "were mortified by these wretches hooting at them and shouting, 'There go the sons of the Admiral of the Mosquitos, of him who discovered lands of vanity and delusion, the ruin and the grave of Castilian gentlemen!'"


"Columbus' fourth and last voyage to America is in many respects the most interesting... He always referred to it, in the short span of life that remained to him, as El Alto Viaje, The High Voyage."
[It lasted two and a half years, including a year marooned in Jamaica.]

"[In the last days of 1502] the fleet put in at the present harbor of Cristóbal, Panama Canal Zone, and there kept Christmas and New Year's 1503, very miserably..."

They made it back across the Atlantic in November 1504. The Catholic Queen died later that month -- greatly to the Admiral's grief and loss. He would succumb to his own final illness a couple years later, at age 54:

"...[T]he Admiral, remembering the last words of his Lord and Saviour, murmured as his own, In manus tuas, Domine, commendo spiritum meum -- 'Into Thy hands, O Lord, I commit my spirit.'

"It was a poor enough deathbed for the Admiral of the Ocean Sea, Viceroy and Governor of the Islands and Mainlands in the Indies; and a poor enough funeral followed. No bishops or great dignitaries were present... "

As an Anglo reader, I was struck by some of the quixotic contradictions in the temperament of Spanish noblemen:


Professor Morison says that "Columbus, even more than most sailors, was devoted to the Virgin Mary, protectress of mariners." His favorite prayer invoked (in Latin) the Holy Family to be with us on the way:


"Back in the fifteenth century, China sent ships on a voyage of exploration longer than that of Columbus, more than half a century before Columbus, and in ships more advanced than those in Europe at the time. Yet the Chinese rulers made a decision to discontinue such voyages and in fact to reduce China's contacts with the outside world. European rulers made the opposite decision and established world-wide empires, ultimately to the detriment of China..."
(Thomas Sowell)

UPDATE -- Pence had this comment on the Sowell quote: "When the Chinese found they had nothing to take or learn from the new lands, they went back home. The Spaniards were motivated by what they could claim... but, also, they brought a gift called eternal salvation to give their long-lost distant cousins descended from Adam. The mission entrusted to the fishermen at the Sea of Galilee was continued by the Admiral of the Ocean Sea."

Email ThisBlogThis!Share to TwitterShare to FacebookShare to Pinterest
Labels: Book Reviews, Men of the Nations