King Abdullah of Saudi Arabia: His Release and Our Bondage


The death of King Abdullah, and the request by President Obama for a Congressional authorization of force in dealing with ISIS, allows the U.S. Congress a full examination of our allies and enemies in this conflict. We have argued here at AOA that it is a fundamental strategic mistake in the war against a purification movement in Salafist Sunni Islam to make enemies of Shiite states and Shiite movements in repressive Sunni states.

All of this discussion hinges on our relationship with the Saudi monarchy. By light years, the best "death of the King" commentary examining the American Republic and the most repressive monarchy in the Mideast is Ross Douthat's column. We offer it in full, apologizing to the 'NYTimes' and her firewall and applauding them for allowing such clarity in print:


The Western response to the death of Abdullah bin Abdul Aziz al-Saud, king of Saudi Arabia and custodian of the Two Holy Mosques, followed two paths. Along one, various officials and luminaries offered the gestures — half-mast flags, public obsequies — expected when a great statesman enters the hereafter. John Kerry described the late monarch as “a man of wisdom and vision” and a “revered leader.” Tony Blair called him a “modernizer of his country” and a “staunch advocate of interfaith relations,” who was “loved by his people and will be deeply missed.”

Along the other path, anyone outside Western officialdom was free to tell the fuller truth: that Abdullah presided over one of the world’s most wicked nonpariah states, whose domestic policies are almost cartoonishly repressive and whose international influence has been strikingly malign. His dynasty is founded on gangsterish control over a precious natural resource, sustained by an unholy alliance with a most cruel interpretation of Islam and protected by the United States and its allies out of fear of worse alternatives if it fell.

Was he a “modernizer”? Well, there were gestures, like giving women the vote in elections that don’t particularly matter. But Abdullah’s most important recent legacy has been counterrevolutionary, in his attempts to rally a kind of axis of authoritarianism against the influence of the Arab Spring.

Did he believe in “interfaith relations”? Sure, so long as the other faiths were safely outside Saudi territory, where religious uniformity is enforced by the police and by the lash.

Will he be “deeply missed”? Well, not by dissidents, Shiites, non-Muslims, protestors in neighboring countries ... and for everyone else, only by comparison with the incompetence or chaos or still greater cruelty that might come next.

But Americans should feel some limited sympathy for the late king, because our relationship with his kingdom has something in common with his own. Like so many despots, Abdullah was to some extent a prisoner of the system he inherited, interested in reform in theory but unable to find the room or take the risks required to see it through. And we in the United States are prisoners as well: handcuffed to Saudi Arabia, bound to its corruptions and repression, with no immediate possibility of escape. Much of America’s post-Cold War policy-making in the Middle East can be understood as a search for a way to slip those cuffs. Three consecutive presidents have tried to reshape the region so that alliances with despotic regimes will no longer seem so inevitable or necessary. And all of them have failed.

For Bill Clinton, solving the Israeli-Palestinian conflict was supposed to be the catalyst — in ways never quite elucidated — for reform and progress in the wider Arab world. For George W. Bush, or at least his ambitious advisers, the invasion of Iraq was supposed to create a brilliant alternative to our Saudi alliance — a new special Middle Eastern relationship, but with an oil-producing liberal democracy this time.

For President Obama, there have been multiple ideas for how we might, as an administration official put it during our Libya campaign, “realign our interests and our values.” The president has tried rhetorical outreach to transcend (or at least obscure) our coziness with tyrants; he tried, in Libya and haltingly in Egypt, to put his administration on the side of the Arab Spring; he and Mr. Kerry have made efforts to restart the Israeli-Palestinian peace process; he has sought some kind of realigning deal with that other font of cruelty, the Islamic Republic of Iran.

The Iran project is ongoing, but so far all these efforts either have led (in the case of our Libyan crusade) to outright chaos, or have seen things cycle back to the same old stalemates, the same morally corrosive status quo.

Here Obama’s experiences are of a piece with Bush’s, albeit without the same cost in blood and treasure. From Saddam’s Iraq to Mubarak’s Egypt, from Libya to the West Bank, the last two presidents have repeatedly pulled the curtain back, or had it pulled back for them, on potential alternatives to the kind of realpolitik that binds us to the Saudis, and potential aftermaths to the dynasty’s eventual fall. So far, they’ve found nothing good.

Meanwhile, the Saudis themselves are still there. And since much of what’s gone bad now surrounds them — the Islamic State very much in business in the north, Iranian-backed rebels seizing power in Yemen to the south — the American interest in the stability of their kingdom, the continuation of the royal family’s corrupt and wicked rule, is if anything even stronger than before.

Whatever judgment King Abdullah finds himself facing now, he is at least free of his kingdom, his region and its nightmarish dilemmas.

But not America. A king is dead, but our Saudi nightmare is a long way from being finished. 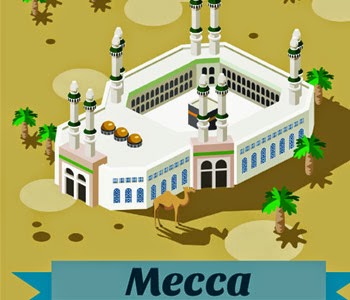