The 'Alhambra' (in Granada) and 'El Escorial' (northwest of Madrid)


A century after the death of Muhammad, the famous battle of Tours occurred (732 in France); thus, the Islamic expansion into Europe was stopped. By that time, however, the Moors had achieved control over Spain; they would not relinquish their last southern stronghold there, Granada, until the early days of that famous year of 1492.

One of the most recognizable Moorish palaces is the Alhambra. Many Americans were first introduced to it by Washington Irving in his Tales from the Alhambra -- he was our ambassador to Spain in the 1840s. (Among the biographies he penned was one about Columbus and another on Muhammad.)

After moving to Granada, Irving was allowed to live in the palace-fortress which Moorish poets described as "a pearl set in emeralds." He called his residence "my Moslem elysium."

An excerpt from his book:

“When the Moors held Granada... they thought only of love, music, and poetry... In those days, if anyone asked for bread, the reply was, make me a couplet; and the poorest beggar, if he begged in rhyme, would often be rewarded with a piece of gold.” 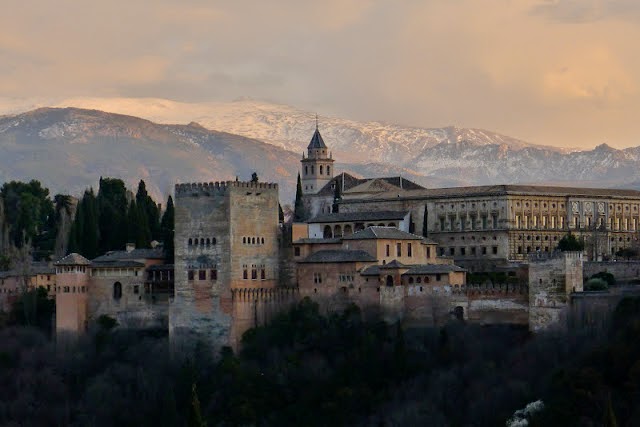 The picture below is from this website with many excellent photos of the Alhambra. 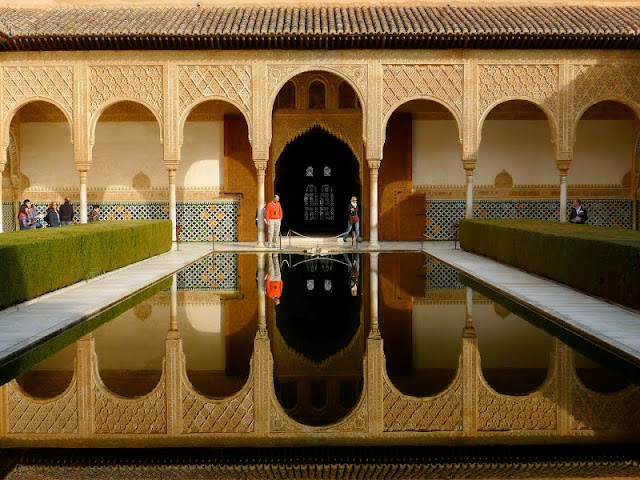 In this short video, the guide illumines some of the mathematical proportions at the heart of the design.

It was in Alhambra's "Hall of the Ambassadors" (pictured below) that Columbus received the go-ahead from Ferdinand and Isabella for his first voyage. 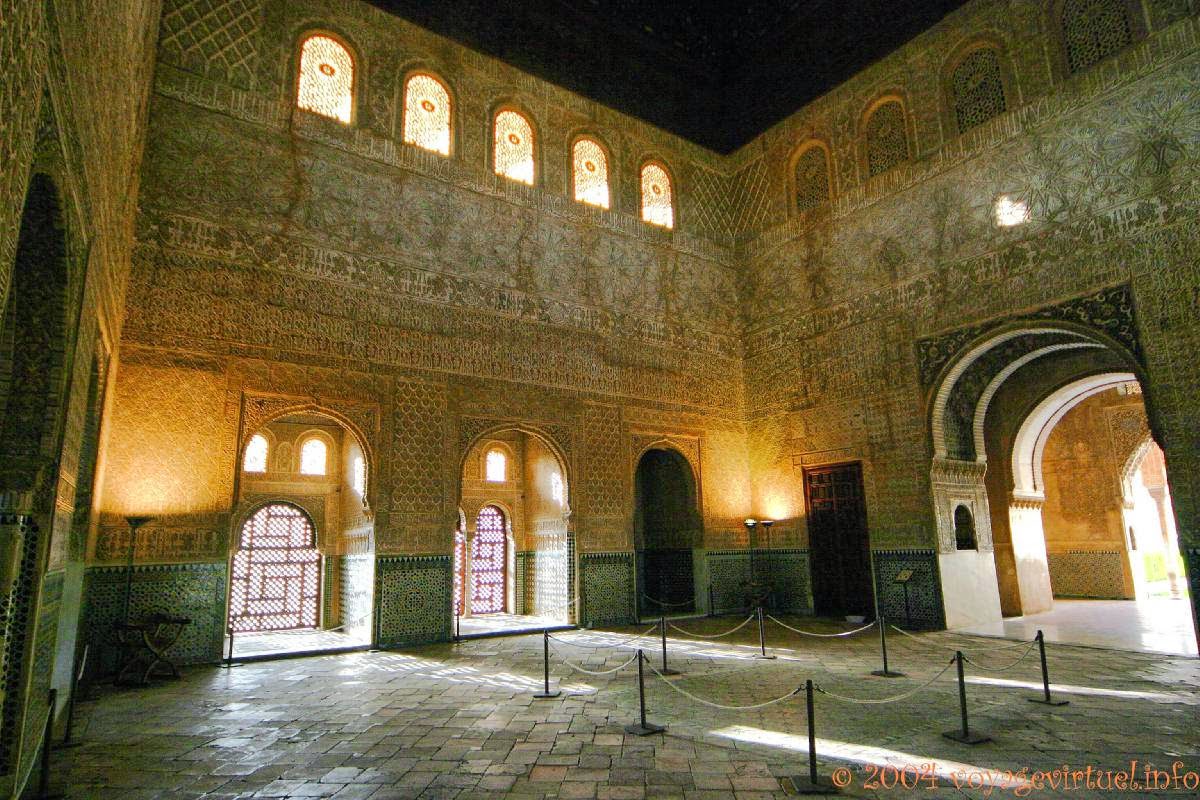 A number of decades after the "Admiral of the Open Sea" and his two royal benefactors had gone to their eternal reward, the man ascended the throne who would preside over Spain's most glorious and powerful era: Philip II.

(This was during the years of the Council of Trent, as Church leaders struggled to clean up corruption and renew evangelization in the face of the massive Protestant revolt.)

One of the most imposing structures that King Philip built -- with the aid of architect Juan Bautista de Toledo, who had studied in Rome -- was El Escorial. It was situated some 30 miles from Madrid, the city that Philip now designated as the national capital. 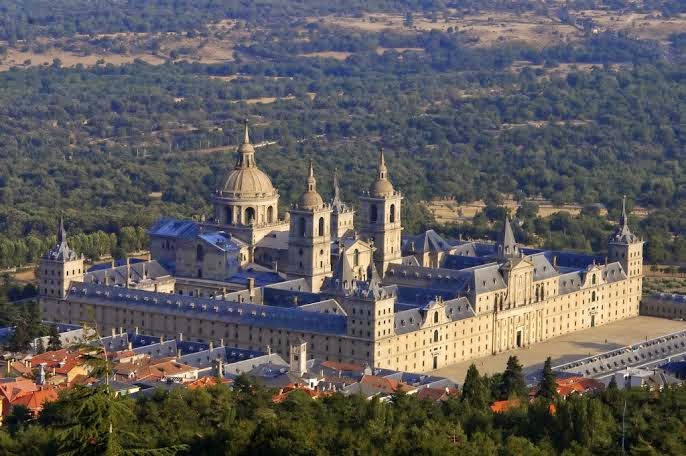 Which Spanish saint was the king honoring with the construction of El Escorial? Saint Lawrence -- one of the seven deacons of Rome killed in the year 258. The Spanish army had defeated a French force in 1557 on his feast day, August 10th. So, it was decided that the floor of the palace-monastery would be "laid out in the form of a gridiron, the means by which St. Lawrence was martyred."

(The reign of King Philip lasted more than four decades. The two biggest setbacks were when the Netherlands revolted, starting in 1566; and the defeat of the “Invincible Armada” in their 1588 quest to topple Queen Elizabeth for English interference in the Netherlands.

The Philippines -- today's third most populous Catholic nation behind Brazil and Mexico -- is the namesake of Philip of Spain.) 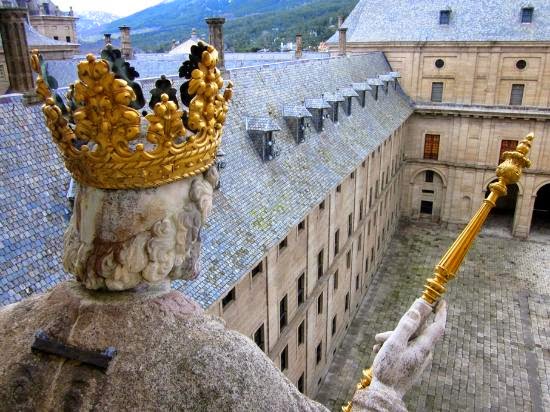 Check out this five-minute video of El Escorial. 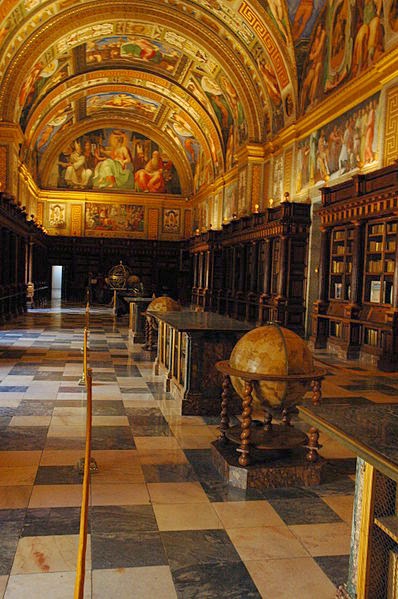 Email ThisBlogThis!Share to TwitterShare to FacebookShare to Pinterest
Labels: Profiles of the Nations