Friday BookReview: The bicycle mechanics who powered men up to the clouds

"The airplane has unveiled for us the true face of the earth."   (Antoine de Saint-Exupéry)


Begin by refreshing your schoolboy memory of the Wright brothers soaring over the North Carolina beach (this video is only a couple minutes long).

On December 17th in 1903, the first flight lasted twelve seconds; later in the day, their plane was aloft for 59 seconds! 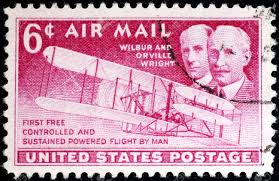 Here are some excerpts from a review of David McCullough's The Wright Brothers. It is by the youngest child of Charles Lindbergh:

Wilbur Wright played the harmonica, Orville the violin. There were two older Wright brothers, Reuchlin and Lorin, and a younger sister, Katharine, a graduate of Oberlin College and a high school Latin teacher. She and the younger two brothers, both lifelong bachelors, lived in Dayton, Ohio, with their father, clergyman Milton Wright. Their mother had died of tuberculosis in 1889.

The detailed glimpses of the Wright family revealed in the first pages of David McCullough’s superb new book, “The Wright Brothers,” give more personal information than most of us can claim to know about aviation pioneers Wilbur and Orville Wright. Their 1903 manned flights off the Outer Banks of North Carolina at Kitty Hawk “were the first ever in which a piloted machine took off under its own power into the air in full flight, sailed forward with no loss of speed, and landed at a point as high as that from which it started.”

Few people at the time showed any interest in this extraordinary feat. No reporters were present when the flights took place on Dec. 17, 1903, no representatives of scientific journals, no politicians eager to ally themselves with the enormous promise of aviation...
Dedicated to the dream of flight, the Wrights endured countless setbacks, disappointments and frustrations as they labored to perfect their flying machine. According to one witness, they were “the workingest boys” he ever knew...

Raised under the benevolent influence of Bishop Wright, the Wright children were encouraged to read widely and learn extensively, not necessarily at school. Orville claimed that “the greatest thing in our favor was growing up in a family where there was always much encouragement to intellectual curiosity.” In high school he started a print shop and published his own newspaper. Wilbur became the editor.

When the bicycle craze seized the country in the 1890s, Wilbur and Orville joined the madness... The brothers soon opened a workshop repairing and selling bicycles and sharpening ice skates in winter...

The Wrights lived in a time of unprecedented innovation and invention. George Eastman of the Kodak camera and Isaac Merritt Singer of the sewing machine were contemporaries. Dayton was home to manufacturers of everything from cardboard boxes to railroad cars.

Like many other aviation pioneers, the Wrights were skilled designers and builders. McCullough writes that they “proceeded on the Flyer much as if they were building a truss bridge, only with the attention to detail of watchmakers.” Their inventions showed a particularly American blend of ingenuity and imagination. To study the effect of wind on wings, they created a small wind tunnel using a wooden box, a fan and a series of modified hacksaw blades. Unlike some colleagues, however, the Wrights declined financial support from outsiders. Samuel Langley’s experimental airship, the Great Aerodrome, cost $70,000 and plunged into the Potomac on Dec. 8, 1903. The Wright brothers’ “total expenses for everything from 1900 to 1903, including materials and travel to and from Kitty Hawk, came to a little less than $1,000, a sum paid entirely from the modest profits of their bicycle business.”

Though the triumph of Kitty Hawk went all but unrecognized in America at first, the Wright brothers took their flying machine, now with a more powerful engine, to a pasture known as Huffman Prairie and persevered. They enjoyed ever-increasing success, “routinely making controlled flights of 25 miles or more.” Still, their proposal to sell the machine to the U.S. government was rejected twice, though the British and French governments showed interest.

The Wrights signed an agreement with a group of French businessmen in 1905, and Wilbur went to Paris. His reception there was likened to that of Benjamin Franklin’s in 1776, so enthusiastic were the French about “the American wonder” and his aerial feats. He was hailed by such acclaimed French aviators as Louis Blériot and Léon Delagrange, and was known throughout France by his first name, pronounced “Veelbare”...

The transformation of the Wright Bicycle Shop into the “Wright Company for the manufacture of airplanes,” and the following struggles with legal and business matters, reflect the Wright brothers’ central position in the ongoing development of aviation after Kitty Hawk. McCullough’s magical account of their early adventures — enhanced by volumes of family correspondence, written records, and his own deep understanding of the country and the era — shows as never before how two Ohio boys from a remarkable family taught the world to fly.

The finest summing up of the peculiar American genius of the two brothers is this tribute, published recently in 'National Review.' 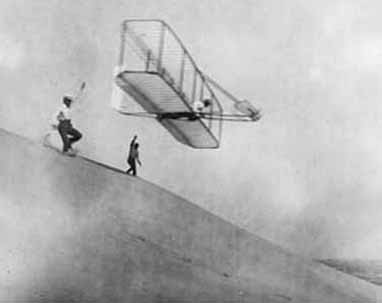 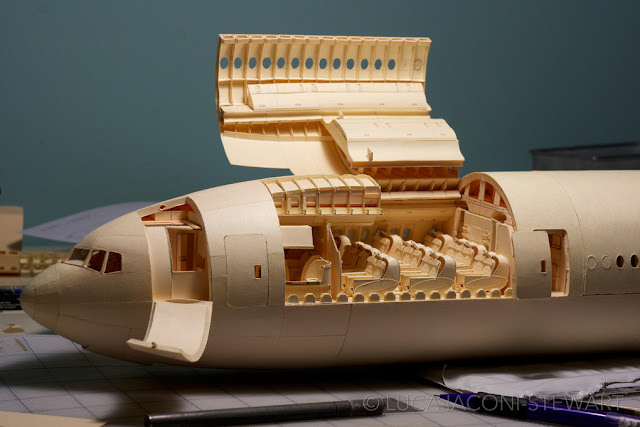