"Mother Nature has been creating transgenetic plants -- crossing genetic barriers -- for eons. Responsible biotechnology is not the enemy; starvation is." 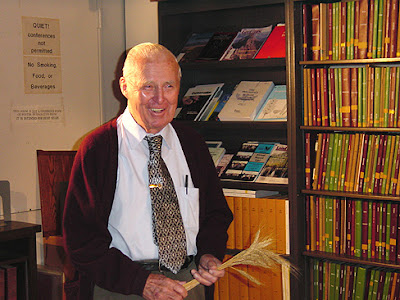 Here is Bill Gates' reaction to the staggering impact of the life of Norman Borlaug:


Through my work at the foundation, I’ve been fortunate to meet some amazing people who have had a huge impact on the world. But, one person I’ll always wish I could have met is Norman Borlaug, a remarkable scientist and humanitarian whose work in agriculture has influenced my thinking and the foundation’s work with small farmers in the world’s poorest countries.

Fortunately, there is a great biography of Borlaug, The Man Who Fed the World, which I highly recommend. Although a lot of people have never heard of Borlaug, he probably saved more lives than anyone else in history. From the mid-1940s through the mid-1960s, Borlaug and a team of scientists successfully developed and introduced high-yielding, disease-resistant wheat seeds and new growing methods in Mexico, dramatically increasing the country’s agricultural production.

Just as Mexico was reaping the agricultural, social, and economic rewards of Borlaug’s efforts, tens of millions of people were on the verge of starvation in South Asia. One scientist, Paul R. Ehrlich, provocatively predicted in a controversial 1968 book, The Population Bomb, that hundreds of millions of people would die of starvation over the next few decades – no matter what anyone did.

Undeterred, Borlaug led the effort to ship thousands of tons of the wheat seeds developed in Mexico to farmers in India and Pakistan. In just a few years, wheat yields in both countries nearly doubled. India and Pakistan became self-sufficient in wheat production. And Borlaug, who became known as the father of the Green Revolution, was awarded the Nobel Peace Prize.

It’s interesting to me how much criticism there has been of Borlaug over the years. It’s almost like people forget, or perhaps never really understood, what he did for humanity. It’s estimated that his new seed varieties saved a billion people from starvation.

But the significance of his work goes even further. When people get enough food to eat, their health improves and they are less susceptible to disease. In children, especially, improving their nutrition dramatically improves their brain and physical development. Much of the dramatic increase in productivity coming out of Asia over the last few decades is due to Borlaug’s Green Revolution.

One of the criticisms of Borlaug’s methods is the overuse of fertilizer. Even as great as his seeds were, they don’t grow magically. It’s true that there is a negative effect from the overuse of nitrogen, one of the key ingredients in fertilizer. It can flow into rivers and create algae blooms that kill fish. Today, as we look at increasing agricultural productivity, we do need to be smarter about how fertilizer is used in order to avoid these problems. For example, it can be applied in smaller doses near the root and irrigating can be done in a way that minimizes the flow of nitrogen into rivers.

The other main criticism was that the Green Revolution mainly benefited large farmers. In the first decade, it was those farmers who could afford fertilizer and understood seeds that did better. But in the second decade, there was an equally beneficial effect for small farmers. We do a lot of work through the foundation to help small farmers in poor countries, so we’re always watching out for inequities that hurt them.

Over time, the Green Revolution expanded to include other key crops such as rice and maize (corn). But for a variety of reasons, the agricultural innovation needed to create a breadbasket for Africa never got off the ground...

Here's a good 8-minute video overview of Borlaug's career. Thanks to his work, by 1963 Mexico was able to become a wheat exporter!

It's encouraging that even President Obama is a supporter of biotechnology.

Excerpts from a 2000 interview with Dr. Borlaug:

Borlaug: Of course. This is a negative effect. We always have this. Take the case of DDT. When it was banned here in the U.S. and the European countries, I testified about the value of DDT for malaria control, especially throughout Africa and in many parts of Asia. The point I made in my testimony as a witness for the USDA was that if you ban DDT here in the U.S., where you don't have these problems, then OK, you've got other insecticides for agriculture, but when you ban it here and then exert pressures on heads of government in Africa and Asia, that's another matter. They've got serious human and animal diseases, and DDT is important. Of course, they did ban DDT, and the danger is that they will do the same thing with biotech now.

What do you see as the future of biotechnology in agriculture?

Borlaug: Biotechnology will help us do things that we couldn't do before, and do it in a more precise and safe way. Biotechnology will allow us to cross genetic barriers that we were never able to cross with conventional genetics and plant breeding. In the past, conventional plant breeders were forced to bring along many other genes with the genes, say, for insect or disease resistance that we wanted to incorporate in a new crop variety. These extra genes often had negative effects, and it took years of breeding to remove them. Conventional plant breeding is crude in comparison to the methods that are being used with genetic engineering. However, I believe that we have done a poor job of explaining the complexities and the importance of biotechnology to the general public.

A lot of activists say that it's wrong to cross genetic barriers between species. Do you agree?

Borlaug: No. As a matter of fact, Mother Nature has crossed species barriers, and sometimes nature crosses barriers between genera--that is, between unrelated groups of species. Take the case of wheat. It is the result of a natural cross made by Mother Nature long before there was scientific man. Today's modern red wheat variety is made up of three groups of seven chromosomes, and each of those three groups of seven chromosomes came from a different wild grass. First, Mother Nature crossed two of the grasses, and this cross became the durum wheats, which were the commercial grains of the first civilizations spanning from Sumeria until well into the Roman period. Then Mother Nature crossed that 14-chromosome durum wheat with another wild wheat grass to create what was essentially modern wheat at the time of the Roman Empire.
Durum wheat was OK for making flat Arab bread, but it didn't have elastic gluten. The thing that makes modern wheat different from all of the other cereals is that it has two proteins that give it the doughy quality when it's mixed with water. Durum wheats don't have gluten, and that's why we use them to make spaghetti today. The second cross of durum wheat with the other wild wheat produced a wheat whose dough could be fermented with yeast to produce a big loaf. So modern bread wheat is the result of crossing three species barriers, a kind of natural genetic engineering.

Borlaug: I don't believe that. If we grow our food and fiber on the land best suited to farming with the technology that we have and what's coming, including proper use of genetic engineering and biotechnology, we will leave untouched vast tracts of land, with all of their plant and animal diversity. It is because we use farmland so effectively now that President Clinton was recently able to set aside another 50 or 60 million acres of land as wilderness areas. That would not have been possible had it not been for the efficiency of modern agriculture.


A question from an interview with the 'Times of India':


What is your answer to the criticism [that] you introduced lethal combinations of fertilisers and pesticides to agriculture?

Here's the magnitude of the problem. There's 70 million metric tons of nitrogen used now to produce a massive amount of food. To produce this amount of nitrate from cattle dung, we will have to multiply the present cattle population, close to 1. 5 million animals, by a factor of seven. You have to multiply 75 million tons of nutrient nitrogen coming from chemical fertiliser by a factor of 50 to organically produce that amount. Think of the additional land needed to produce this manure. We will have to cut down huge amounts of forests to graze the cattle. . . there should not be all this confusion. But it comes back again and again. The reason is, there are so many people who have never produced food themselves, speaking in theoretical terms about organic versus chemical. They have no concept of how to integrate all the factors needed to increase food production. 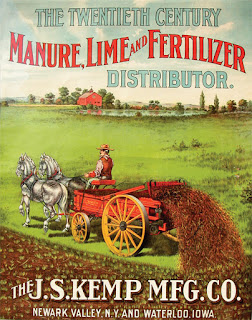