Catholic Sociobiology: Patriarchal Fraternity and the Original Mission of Adam 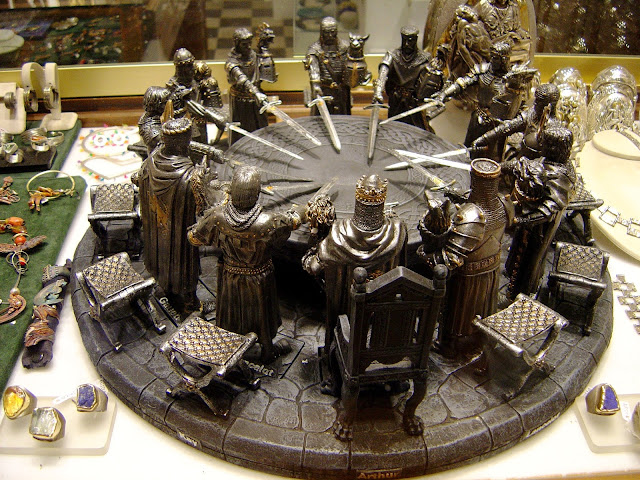 The path to world order is for man to be restored to his relationship with God, and men to be restored to our fraternal relationships with one another. We have a clear view of the permanent intimate relationship that man and woman form in marriage (as it was in the beginning "with Adam and Eve.") Before Genesis, we can see an equally dramatic image of the masculine fighting group as Michael and his Angels cast Satan and his demons from heaven. We do not see "in the beginning" territorial groups of men, united under God, turned against the Evil One who prowls about the world seeking the ruin of souls. The first brothers we see were disfigured by fratricide. Because the Evil One slipped into the Garden and disrupted the first couple, we don’t appreciate how the world was meant to be the battlefield where the communal masculine form of Adam and his sons was meant to meet and defeat the dark side. Not until Joseph reconciles with his brothers, and the the twelve tribes of Israel are united, do we get a hint of the masculine form of public communion inherent in our nature. This fraternal bond is sacralized when Christ picks the men of Galilee to become the new Twelve. The new Adam now is in union with his brothers as he leads them to do the will of the Father on earth as it is in heaven. This form of patriarchal fraternity will become the base communities that shape Europe as Benedict calls brothers together in obedience under a Father Abbot praying and working in the same place reinforced by that vow to local loyalty -- stability. There is a great deficit today in Catholic theology explaining the spiritual significance of a male priesthood, the episcopacy, and Petrine office. There is a corresponding anthropological deficit in explaining the fraternal character of nations and states by which territorial male groups protect and provide for a culture of life. These deficits are exacerbated by the spiritual corruption in today’s priesthood which has disfigured the primary icon of ordered masculine bonds which Christ commanded. He did not build his Church on familial bonds but fatherhood, filiation, and fraternity. He told the Apostles to love one another as the Father had loved Him, and as He had loved them.

Even if there had been no original sin, there was a fight which men were meant for, and a necessity for us to bond as brothers under the Father. Completing the exorcism by Michael and the angels on this earth where Satan was the prince of the world has always been part of man’s original job description. We know our natures were created for love and contemplation. It turns out that our natures were also created for righteous anger and contest. The public front of that contest is waged by men as a social body. And while the communio meant for intimate love and procreation is the male/female couple, the communio meant for public contest is the male group under a leader. The emotions men experience in search of social recognition as well as our thirst for justice and our anger at predators are meant to motivate the formation of social hierarchies engaged in protective action. It was all foreordained in The Original Mission of Adam and his sons. It has been perfected in the coming of the new Adam and his formation of the Church built on the living stones of the Apostolic Covenant in the priesthood. This socio-biological reality of the Father’s love made manifest in a holy brotherhood is promulgated in history through the sacred male covenants of the nations.