Timothy Snyder (b. 1969) is a historian from Yale specializing in Central and Eastern European history and the Holocaust. He is a member of the Council on Foreign Relations and the European Institute for the Human Sciences. He is head of a special focus group at the Institute to tell history in a novel way to overcome fractured national narratives. 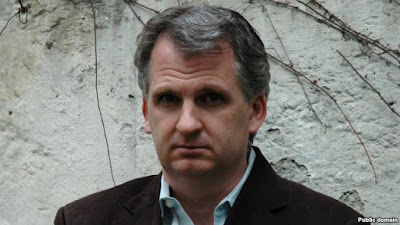 Dr. Snyder has studied the construction of nations and the destruction of states in the bloodlands of Poland, Ukraine, Belarus, and the Baltic states. In 2003 he wrote The Reconstruction of Nations: Poland, Ukraine, Lithuania, Belarus, 1569-1999. This multinational approach has set him apart from the increasingly narrow studies of academia. It gave him a much wider historical canvas to write the Bloodlands (2010) which deals with the 14 million civilians killed in those lands from 1933-1945. Dr. Snyder also brings a more vivid linguistic palette to his studies. He can speak and write in English, French, German, Polish, and Ukrainian. He reads Czech, Slovak, Russian, and Belarusian. His work crosses many specialty lines, and he has notably disturbed the jealously guarded enclave-holocaust studies experts with his most recent The Black Earth: The Holocaust as History and Warning (2015). To learn from Mr. Snyder, one might begin by listening to several of his lectures which lay out the whole of his narrative. He is trying to explain a particular spatial/temporal occurrence—lands from the Baltic to the Black Sea from 1933-1945.  He tells a coherent story and tells it differently than we have heard before. He is deliberately avoiding history as a memory motif or identity claim. This is a contribution toward the truth in itself and is a fitting use of his prodigious intellectual gifts.  In talking about Russian religion and his promiscuous use of the fascist pejorative toward national identity parties throughout Europe, he reminds us that he is indeed a Yale professor.

Here are three lessons for a Christian realist:

1) The political history of the 20th century in Europe is a movement from empires to nations to the ideological land-based colonialism of Nazi Germany and Soviet Union to new types of unions of states. This is a political history of emerging communal forms. Because of his leftist biases, Snyder can barely talk about religion and disparages the nation as it remerges. But he is a recovering leftist, and while he has retained his old blind spots he is no longer driven to shape the narrative toward a socialist utopia. Thus, he is an irritating but great reporter. He incorrectly treats the reemergence of nations as a fascist throwback, but he is describing  political history in a most useful form. He knows the nations of this region as separate but intertwined political entities and he tells their stories with a sense of historical geography that marks the great teacher.


2) The emblem of the Holocaust is not the  mechanical gassing at Auschwitz by an efficient bureaucratic state. Less than 1 percent of Germans were Jews and more than 95% of European Jews lived outside of Germany. The great majority of deaths were mass killings, often in fields and forests in the lands which became stateless as Stalin and Hitler colonized them. To know where the Jews died in the Holocaust one must pay history and geography their due, and study where the Jews lived. Above all, that is to study the Pale of Settlement where Catholics and Jews lived in the western portion of the Czarist Russian Empire. To know why these lands had to be cleansed of racial and class enemies one must understand the different agricultural strategies of Stalin and Hitler toward the Black Earth of the Ukraine.

3) The most important lesson that emerges from this literary triptych is the profound understanding of the racial ideology of Adolf Hitler which rises from the professor’s insistence on a serious engagement with Hitler’s Mein Kampf.  No historian can understand the unique roles of Ronald Reagan and Mikhail Gorbachev in ending the Cold War without understanding the humanist Marxism of the one and the Protestant Christianity of the other. No one can understand the Bloodlands or the Holocaust or Nazi Germany without understanding the Darwinian worldview of Adolf Hitler.
[That will be our subject on the Thursday after Thanksgiving]. 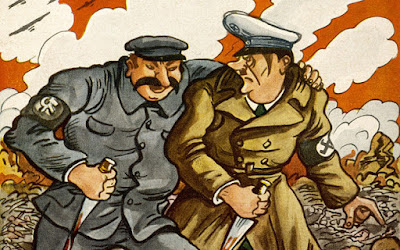 Ukraine and The Bloodlands

Black Earth: The Holocaust as History and Warning