You may remember the Havana-born Miss Ruiz, that Artful Dodger who was cheered to victory across the Boston finish line, before it became clear that she had run only a portion of the twenty-six mile race. (Her best line: "I got up with a lot of energy this morning.")

She sometimes comes to mind when I hear Lyndon Baines Johnson mentioned in the same breath as Abraham Lincoln. (One of those who accepts the comparison is the estimable Robert Caro.)

There is no question that LBJ was a legislative genius, but much of his power lay in his viciousness and absence of normal scruples. President Kennedy's death was the only thing that saved the Vice President from probable indictment at the time of the Bobby Baker scandal. Years earlier when the IRS was closing in on the criminal corruption of one of Johnson's campaigns, it was President Roosevelt who saved his bacon by calling off the investigators [see chapter 35 of Mr. Caro's The Path to Power].


LBJ was as self-aggrandizing and crude as Lincoln was humble. (As one commentator said of Johnson's preferred mode of humiliating Hubert Humphrey and many others: "In the full flush of his egotism, a toilet for LBJ was just another seat of power.")

He consistently voted with the segregationists during his congressional career. As a new senator in the spring of 1949, Johnson's first speech was a ninety-minute defense of the South against President Truman's anti-lynching law.

Lyndon Johnson shamelessly employed McCarthyite tactics -- months before the Wisconsin senator rose to prominence -- as he set out to destroy the reputation of Leland Olds and drive him from the chairmanship of the Federal Power Commission. The Texas oil and gas interests didn't cotton to Mr. Olds (an Amherst-educated economist who had worked for FDR during his governorship of New York) or his push for more cooperative public-power systems. 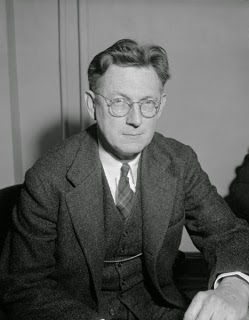 [Take a look at Caro's Master of the Senate for the details of the Olds case, and the spineless reaction of the New Deal crowd to the character assassination. No wonder that Joe McCarthy came tearing out of the scoundrel gate with a full head of steam!

LBJ railed and ranted on the Senate floor against Mr. Olds, who had been chairman of the power commission for more than a decade: "Shall we have a commissioner or a commissar?"

And despite Democratic control of the White House and both houses of Congress, the vote against Olds was overwhelming -- with only 13 of the 53 Democratic senators supporting him.]


Folks can make up their own mind about President Johnson -- you won't find a nobler guide than Mr. Caro -- but the image that's left with me is of a jumbo sleazeball crashing the civil-rights party, basking in applause as he carries the torch of equality into the winner's circle.


"If you want the truth to go round the world you must hire an express train to pull it... It is well said in the old proverb, 'A lie will go round the world while truth is putting its boots on.' "   (English preacher Charles Spurgeon, d. 1892)

UPDATE: From a profile of Mr. Caro several years ago in 'Smithsonian Magazine':

When Caro set out to write his history, The Years of Lyndon Johnson, he thought it would take two volumes. His new Volume 4, The Passage of Power, traces LBJ from his heights as Senate leader and devotes most of its nearly 600 pages to the first seven weeks of LBJ’s presidency, concluding with his deeply stirring speeches on civil rights and the war on poverty.

Which means his grand narrative—now some 3,200 pages—still hasn’t reached Vietnam. Like a five-act tragedy without the fifth act. Here’s where the suspense comes in: Will he get there?