The Trump Strategy to protect Christians, end the Syrian War, ally with Russia, and destroy ISIS


[It will help most readers to understand the change in Syrian policy if they review a short video on the history of the conflict. It is embedded at the bottom of our Syria 'Map on Monday.']


Donald Trump ran an aggressive primary campaign criticizing the befuddled and bloodied neo-con Republican strategy in the Mideast. He condemned the Bush error of attacking "the wrong country" after 9/11. He repudiated the plan of making enemies of Russia, Syria, and Libya -- all of whom were enemies of ISIS. While he vowed to destroy ISIS, he was truly an antiwar candidate compared to his opponents. His desire to focus on a single foe was in stark contrast with the exhausting list of enemies that John McCain, Lindsey Graham, Marco Rubio, Ted Cruz, and Jeb Bush were naming as dire threats to America. When Carly Fiorina and John Kasich offered themselves as different kinds of candidates, their foreign policy ideas were expressed in even more stridently bellicose fashion to show they too were "serious."

After Trump won the Republican primary he downplayed his foreign policy strategy as he tried to win back the support of a Republican establishment he had just steamrolled. Now that the election is won, the remarkable change in foreign policy he has advocated is emerging. Christians of both parties, Rand Paul-type Republicans, and antiwar Democrats (who were silent in deference to Mrs. Clinton) should help Mr Trump effect his daring policy change.


Christians in Syria are being protected by the Assad government, not the "rebels." That has always been true, but the security of Mideast Christians has never been a priority of Republican war hawks. That is about to change under Mr. Trump who was truly angered by the beheading of Christians for their faith. Possibly, the intellectuals who were too pure to vote for him could help him in this cause. Eliminating ISIS will stop real Christian persecution -- so much more deadly than the tiny sleights in America that cringing souls confuse with the end of religious liberty.

The first step in Trump's policy is to normalize relations with Christian Russia, and withdraw support for "rebels" trying to overthrow the Syrian government of Bashar al-Assad. Mr Trump correctly sees the rebels as a forerunner of Sunni jihadists who will rule if Assad falls. Mr Trump and his advisors learned the real lesson of deposing Gaddafi in Libya and unleashing the killers of  Benghazi. This is a dramatic change in policy and will be opposed by the Republican war faction and think-tank specialists who have staked their reputations on their mistaken analysis of both the Libyan and Syrian  versions of the Arab Spring. President Obama broke with the Washington think tanks when he resisted escalation against Assad in 2013. Since then, he has been a half-hearted supporter of certain rebels. Hillary Clinton campaigned to escalate  support for the Saudi-financed "rebels" by enforcing a no-fly zone against Russian and Syrian planes.

Julian Assange of Wikileaks says the most important of all the emails he has revealed was Hillary Clinton’s note to John Podesta showing her understanding that ISIS was funded by Saudi Arabia and Qatar. Such was the abysmal ignorance of journalists about foreign policy that the $10-25 million in Saudi donations to the Clinton Foundation was never considered a topic worth investigating. Congress opened the way for families of 9/11 victims to sue the Saudi government, but even that didn’t pique media interest in the foreign policy dimension of the story. This bizarre approach to an enemy government was better than calling them "our dear friends," but it fell short of how our nation and the families of the Pearl Harbor attack responded to Imperial Japan. We certainly didn’t ask families of the servicemen to hire a lawyer, and go looking for individual Japanese pilots to sue.

The realignment of allies advocated by President-elect Trump is good for Christians and good for America. But the task before him is full of danger and uncertainty. We are talking about changing sides on an active battlefield in which the influential Saudis are major funders. The consequences of this election are just beginning to appear. We should no longer isolate Mr. Trump, his family and his band of loyalists to fight alone against the entrenched foreign and domestic interests who have harmed our country so grievously in the war against the salafist jihadists of ISIS and the Wahhabi ideology of Saudi Arabia. Mr Trump will need his countrymen (including journalists) to form a new American alliance because his enemies in the Republican and foreign policy establishment are reappearing to foil his leadership. 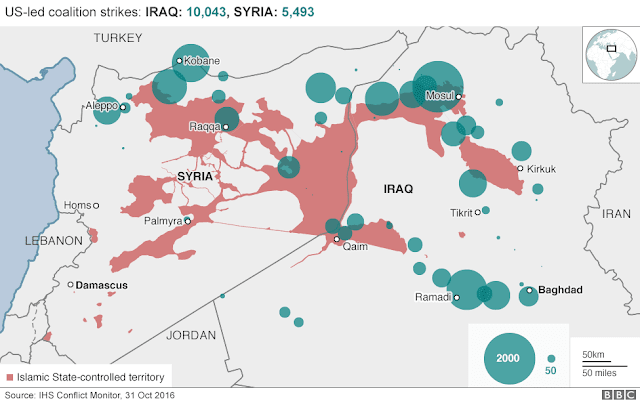