An interview with David Pence:


Few predicted it, but the Trump campaign prevailed. What do you make of the election?

Praise be to God. It is a miracle and an answer to prayer. First and foremost, thanks be to God who has given us a reprieve. I have never seen so much prayer for the country asking God to intervene because it didn’t look like we were going to get it done on our own.

This year saw the stunning Brexit vote in England, and now the Trump insurgency has toppled the elites in our country. What's going on?

Nationalism! The driving force of this election is a drawing together of American men as Americans under a strong leader -- whose love of country and countrymen was palpable. First, Mr Trump broke up the globalist Republicans, then the growing movement beat the globalist Democrat. This was not Bernie Sanders' envy-based populism. I hear very few commentators discuss the territorial masculine protective populism which is nationalism. In our time, but not our fathers, a male nationalist identity in the working class is much stronger than in the more career-oriented individualists of the university. This American identity is very present in black and Latino men as well. This is not a racist whistle but an interracial bond. Nationalism as an interracial territorial identity is another story missed by the media. Donald Trump personifies a shared loyalty which is a force in nature and history. White working men recognized him first. They will soon be joined by many brothers.

What are a few of the strategic foreign policy shifts you hope to see?

Mr. Trump said to countries abroad that he seeks to build partnerships, not conflicts. That, obviously, starts with the large countries of Russia and China whom we are presently threatening and encircling as part of our failed conflict-driven theory of foreign policy.

I look for a new relationship with India whose good will we have subordinated to our old alliance with Pakistan.

President-elect Trump has beaten the Bushes in the Republican primary, and now the Clintons in the general election. Our country’s greatest enemy is the Wahhabi jihadist movement centered in Saudi Arabia. They are the teachers of Osama bin Laden and the cause of the 9/11 killings. Will Mr Trump and his foreign policy team be able to identify and defeat them as well? Forging a new Russian alliance and working with Assad in Syria is a necessary first step in achieving this central goal.


Can Mr Trump bring black and white men together in a way that eluded Mr Obama?

The thing that black men and white men share -- is that we are Americans together. About 90 percent of us are Christians. This brotherhood initiative in the inner cities should be led by his Evangelical and Catholic supporters. President Trump will employ his bully pulpit to this initiative in a way Presidents Obama and Bush never exerted. Mr Trump really does feel a loyalty to black American men in Detroit, more than to Swedish white guys at Davos. He sees rebuilding infrastructure and remembering the forgotten man as a common project. Putting the working man back to work is fundamentally an interracial initiative. 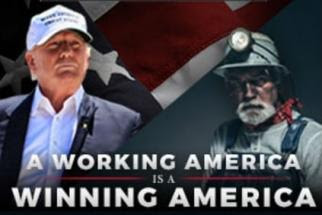 Do you think conservative publications such as National Review and the Weekly Standard are capable of re-inventing themselves, or will they become more and more enervated?

Are they capable of soul-searching? It should strike the rest of us as odd that so-called "conservative intellectuals" George Will and Charles Krauthammer are not only atheists, but dismissive atheists. The failure of "principled conservatives" to deal with a masculine personality acting in history exposed the soulless verbosity of these self-referential journals and the intellectual pomposity of TV journalists. These magazines and journalists do not treat religion, nationalism, or masculinity as fundamental. Other than that, they are really profound thinkers who just had a bad 400 days in missing the Trump phenomenon.

Mr Trump took a sledgehammer to the kneecaps of Political Correctness. Is it permanently disabled?

I wish it was. I worry about this most of all. Mr. Trump has taught us an attitude and courage. He will not formulate a Christian biblical judgment on our nation. He will appoint the right judges, but he will not name sodomy and abortion as abominations. I am content that he has no interest in enshrining them as constitutional rights. Christian men have to come together in brotherhood to denounce the political correctness of atheism and gender ideology. We need to bring reverence to God’s name in public, and prayer to God’s people in civic life. Ronald Reagan and George Bush each had the presidency for eight years and political correctness marched unabated. That is not their fault, but the fault of emasculated Christians. This opportunity should not be squandered again.

What impact will the political sea-change have on the three branches of Christendom: Roman Catholicism, Eastern Orthodoxy (esp the Russian church), and Protestantism (esp Evangelicalism)?

President Trump is open to new relations with Russia and President Putin, just when Pope Francis is opening to the Russian Orthodox Patriarch. These monumental concords are the unpicked fruit of ending the Cold War and convoking the Second Vatican Council. President Obama tried his own hand at this with the Russian reset. Mr Trump understands how the residual animosity of the cold war and the immaturity of the baby-boomer presidents and their secretaries of state have squandered the potential of a real American-Russian accord. Pope Francis, too, sees building a deep accord between Catholic, Protestant, and Orthodox nations as a path to Christian fraternity.

President Trump will be very open to a Great Awakening in Protestant America. His presidency will be heavily influenced by some evangelically convicted and politically astute Protestants who stood by him when the waters were troubled. We will see his faith deepen -- maybe even a conversion -- fairly soon in his presidency. Christians in the Mideast will have a serious armed champion.

Her concession speech was perfect. But her glass-ceiling project of getting a woman to be commander-in-chief of our military in a time of war was a demonic enterprise against a Christian nation. Let’s see a pro football team win the Super Bowl with a female quarterback before we fracture the male solidarity of our military. Mrs. Clinton's decades of  ambition cannot be dressed up as a moral quest for the species. The grotesque props she had assembled for her victory speech were signs of a national psychosis. Are we really supposed to be inciting our daughters to break up every male hierarchy in sight? Sacral order and sexual order are partners, not enemies. The American battle for interracial justice is not a battle against our sexual natures. President Obama stopped this lie in 2008 and President Trump stopped it in 2016. Mr. Trump has taught men to stop stuttering. Let us politely say good-bye to Mrs Clinton. Let us, not so politely, extract the feminist implant from our national psyche.

We've heard of the gender gap, with Trump winning the males and Clinton the females. How about the education gap?

Mr. Trump won the non-college educated by a bigger gap than any other parameter. We have an education socialization process that favors females and indoor workers headed to college for credentials. One candidate showed a familiarity with the lives and concerns of construction and manufacturing workers. The voting differential is a judgment about who would address good-paying jobs and educational paths for working men that we now so liberally provide for gender equity specialists in Human Resources departments.