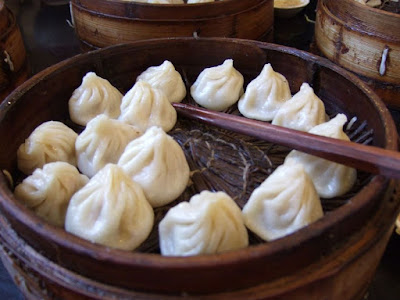 A woman who helps run a travel concierge company in China offers a reminiscence:

"Some of my favorite childhood memories are celebrating Chinese New Year in China. For a couple weeks leading up to it, red and gold colored decorations were everywhere and people would greet each other with lucky sayings such as 'Gong Xi Fa Cai' 恭喜发财 (wish you wealth) or 'Wan Shi Ru Yi' 万事如意 (all your wishes come true). Mom and Dad would take me around and visit our relatives around town for dinner. Of course my favorite part was receiving my red envelopes full of money from the aunts and uncles. New Year dinners were always the most delicious. The families normally pull out all the stops: Chinese pork sausages, freshly fried spring rolls, 'eight treasure' sweet sticky rice... After dinner, oranges and tea were served and the adults would eat sunflower seeds and chat for hours about the their year. I would play with cousins and was fed candy and treats in the other room. On the way home, I would sit on the bar of mom's bike all bundled up. I can only hear the wind blowing by... 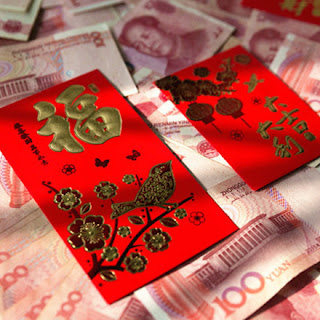 "For New Year's Eve and as long as I can remember, we had dinner at home with grandma. After dinner we would all anxiously sit in front our television, and watch CCTV's five-hour-long Chinese New Year Celebration show until midnight. Imagine it being watched by an entire country of 1 billion people at the same time! I am pretty sure it is the highest rated show in the world every year. We would, of course, eat sunflower seeds, oranges, and drink tea during the show. The comedy sketches were always my favorite.

"When midnight hit I would rush to the balcony and watch the fireworks go off all around us. The sky would be lit up bright, one flash at a time.

"The next day, I would sleep in and wake up to breakfast of New Year dinner leftovers. Mom would put me in a new outfit. We would walk around the neighborhood and chat with the neighbors. Everywhere we went, people would feed me candy and sweets.

"Chinese New Year lasts for 15 days. But it never seemed long enough in my memories. I blinked and it was time to head back to school."


From a trade publication:


"Goodbye, year of the rooster; hello, year of the dog. The Chinese New Year is upon us, and the holiday has global effects on freight flows and supply chains. Millions of factory workers leave China’s coastal belt of megacities—from Tianjin in the north to Beijing, Shanghai, and down to Guangzhou and Shenzhen—and head back to their hometowns in the rural provinces, shutting down production and exports for up to three weeks."

Of the twelve animals in the Chinese zodiac, which is the only legendary creature?
The dragon!

In Western tradition, the dragon is an evil fire-breathing monster. The Chinese people have a very different view: dragons are noble and lucky. They live at the bottom of seas or rivers, with the power to deliver water at times of drought.

The ancient emperors called their sons "seeds of dragons," their robes were "dragon robes," and their chairs were "dragon chairs." 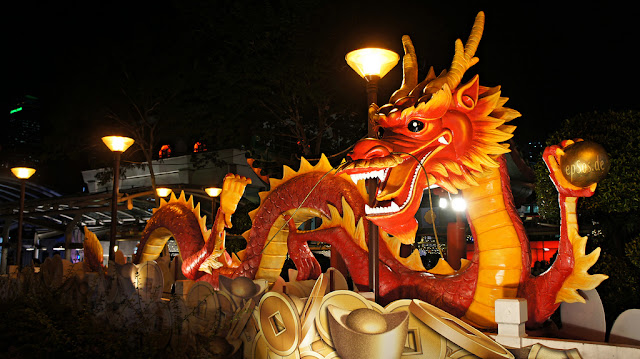 At AOA, we wish the elder brother of civilizations a happy and blessed New Year!
For the Catholic Church and the American nation, getting China right is the key question of the next century. The Chinese return to their ancient homes to celebrate the New Year. As Christians let us remember there is no Body of Christ without the Chinese, and they come as a people. As Americans let us remember our great ally in WWII who bore the brunt of the racial aggression of the Japanese against the nations. Let us return home again as sons of Adam to sit with them at the table of brotherhood.