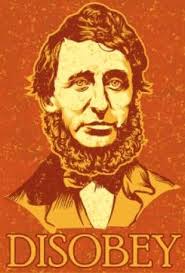 For HENRY DAVID THOREAU, civilization was nothing but a contaminant. A worshipper of nature, he held humans in contempt.

This 'New Yorker' essay asks: why does our culture revere such a man?

Here are the opening paragraphs, describing the reaction of Thoreau to the battered victims of a shipwreck southeast of Boston --


On the evening of October 6, 1849, the hundred and twenty people aboard the brig St. John threw a party. The St. John was a so-called famine ship: Boston-bound from Galway, it was filled with passengers fleeing the mass starvation then devastating Ireland. They had been at sea for a month; now, with less than a day’s sail remaining, they celebrated the imminent end of their journey and, they hoped, the beginning of a better life in America. Early the next morning, the ship was caught in a northeaster, driven toward shore, and dashed upon the rocks just outside Cohasset Harbor. Those on deck were swept overboard. Those below deck drowned when the hull smashed open. Within an hour, the ship had broken up entirely. All but nine crew members and roughly a dozen passengers perished.

Two days later, a thirty-two-year-old Massachusetts native, en route from Concord to Cape Cod, got word of the disaster and detoured to Cohasset to see it for himself. When he arrived, fragments of the wreck were scattered across the strand. Those victims who had already washed ashore lay in rough wooden boxes on a nearby hillside. The living were trying to identify the dead—a difficult task, since some of the bodies were bloated from drowning, while others had struck repeatedly against the rocks. Out of sentiment or to save labor, the bodies of children were placed alongside their mothers in the same coffin.

The visitor from Concord, surveying all this, found himself unmoved. “On the whole,” he wrote, “it was not so impressive a scene as I might have expected. If I had found one body cast upon the beach in some lonely place, it would have affected me more. I sympathized rather with the winds and waves, as if to toss and mangle these poor human bodies was the order of the day. If this was the law of Nature, why waste any time in awe or pity?” This impassive witness also had stern words for those who, undone by the tragedy, could no longer enjoy strolling along the beach. Surely, he admonished, “its beauty was enhanced by wrecks like this, and it acquired thus a rarer and sublimer beauty still.” 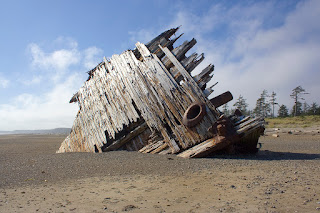