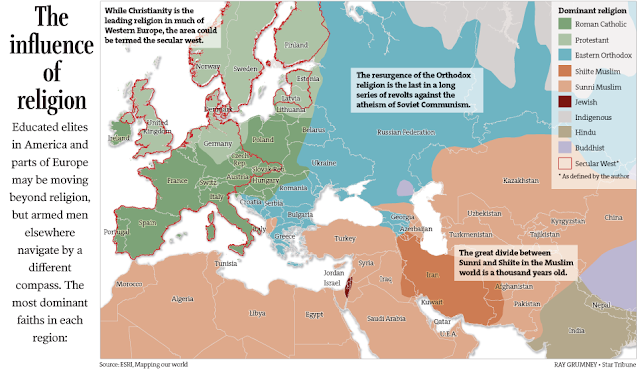 We at the Anthropology of Accord have argued that one must understand religious loyalties if he is to properly understand the interplay of nations. We have attempted to present this to our readers through our essays and weekly "Map on Monday" posts.

We further argue that a deeper appreciation of these religious loyalties should foster a re-examination of America's alliances. This is particularly true when we consider our relationship with Saudi Arabia and Pakistan - both home to the Salafist Islamic movements that foment terror organisations like Al Qaeda, ISIS, Boko Haram, and Al-Shabaab.

Four posts in particular - two essays and two map posts - strongly make this case. Two of these essays were first published in the Minneapolis Star Tribune as Commentaries.  We suggest you read them as a whole to better enter into our argument: