The threat from assorted Sunni nations 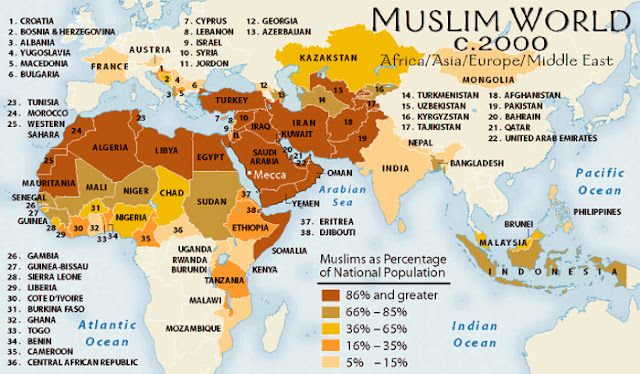 In the Sunni/Shia war (where the Sunnis make up 85 percent of the world's Muslims), are you saying we should side with the outnumbered Shias?

Dr. David Pence: About 95% of terrorist attacks in the world stem from a “reformist" Sunni movement called the Salafists. 'Salafi' means ancestor, and this movement wants to purify Islam by going back to the practices and purity of the first-generation ancestors. The Wahhabis who run the religious establishment of Saudi Arabia, the 9/11 hijackers, the Taliban, Al Qaeda, ISIS, AQAP and Boko Haram are all Salafist Sunnis. When the U.S. toppled Saddam Hussein (a secular Sunni), we inadvertently allowed a new Shiite-majority state to come into existence in Iraq. They are and always will be an ally of Shiite Iran. The Salfaists hate the Shiites more than they hate Jews and Christians, because they see them as traitors. Jihadist Sunnis across the Mideast could not tolerate a Shiite democracy in Iraq. They  blew up Shiite holy sites to turn the war into a Shia-Sunni battle. ISIS is their most successful creation. Because of our long ties with the Sunni states of Pakistan and Saudi Arabia, and the hostage crisis with Iran in 1979, we have been unable to see that our natural allies in the fight against Salafist Sunnis will include the Shia. There are many Sunni governments like Indonesia, Jordan, and Egypt who are set against the Salafists. They will join us once we name the enemy clearly and show we are going to destroy them.

Let's talk about several of our ostensible Sunni "allies" -- beginning with Pakistan. It is the 6th largest country in the world (almost 200 million). And it is where Osama bin Laden was living in peace, an easy walk from their main military academy.

Pence: They also hold the "Muslim bomb." Their first nuclear bomb test was in 1998. They have over a hundred warheads. AQ Khan, the father of Pakistan’s nuclear program, is widely believed to have sold significant information aiding the development of both the Iranian and North Korean programs. Pakistan’s intelligence services and military are rife with an extreme Salafist ideology, and many of the Pakistani mosques are financed by the Saudi Wahhabi movement.They are our true enemy in South Asia, and we should help Afghanistan and India oppose them. There is much more realism in Washington foreign policy circles and think-tanks about them than about the Sauds.

Our review of five books on Pakistan.

In Egypt (pop. 91 million), the Obama administration took a neutral stance toward the Muslim Brotherhood during its year in power.

Pence: The Muslim Brotherhood won the 2012 election by a million votes and without fraud. They are part of the Salafist Sunni movement but work through elections and education. Their "democratic" government, however, was a real threat to the Coptic Christians of Egypt and the few Egyptian Shiites (less than a million) and the Egyptian secularists. The Saudi ruling family viewed the Muslim Brotherhood and its populist tactics  as a threat to their royalist ideology. The Saudis actually supported the 2013 military coup by Egyptian General Abdel el-Sisi against President Mohammed Morsi, who is now in prison under a death sentence. President el-Sisi has gone to Coptic Easter services as a sign of religious toleration. In January 2015, he made a major speech to Islamic scholars and said, "We are in need of a religious revolution. You, imams, are responsible before Allah. The entire world is waiting for your next move." So, we have a government which overthrew a democratically elected salafist party (the Muslim Brotherhood) but protects religious minorities. And in this case, the Saudis who are the ideological center for salafist Sunnis were against the Muslim Brotherhood.

How do you view Turkey (79 million), one of the members of NATO?

Pence: With the fall of the Ottoman Empire in the early 1920s, the secular nation of Turkey emerges. There was great affinity in post-WWI Germany for their nationalist project and rejection of the Versailles Treaty. Turkey’s Kemal Ataturk was a militant secular nationalist.  He was a Turk, not an Arab. He banned the headscarf, and exiled the Caliph in 1924. The present party (AKP) under President Erdogan has won pluralities since 2002. They formed to oppose the militant secularism and corruption of Ataturk's successors. They favor EU membership as well as Islamic principles. It is a contested country, but the present government seems much more interested in fighting independence-minded Kurds and arch-enemy Russia than their Sunni cousins in ISIS. Because Turkey is in NATO, they would claim any battle with Russia should involve the US and Europe on their side against Christian Russia. It would be an ugly replay of the Crimean War [mid-1850s] when the Christian nations of the West teamed up with Ottomans against the Orthodox czar of Russia.

There is a growing movement in America to question our alliance with Saudi Arabia (31 million people). Do you favor an abrupt rupture in our relations?

Pence: The collusion with the Saudis by both the Bush and Obama administrations is mind-boggling. I think when some of our more ambitious senators stop running for president, they will start exposing this disaster and take actions. Donald Trump has been alluding to this through his campaign but the foreign policy challenged journalists have missed his messages. Even a little US pushback will be too much for the spoiled royals, and they will probably break off relations with us. We should prepare now by evacuating our people. I see the Saud family as protecting an ever-narrowing base within the area. About 9 million of that population you cite are foreigners who do all the manual and service labor. Like Iraq and Syria, the country is going to be reconstituted along new borders and loyalty patterns. Relinquishing control of the Muslim holy cities by Wahhabi Salafists has to be part of any counter-reformation in the Sunni world. The Eastern Province, with large Shia populations, is where the oil is.

Qatar, a tiny nation of 2.5 million people, is home to Al Jazeera. The network was started twenty years ago, and now has 82 bureaus around the world. What role are they playing in the Sunni revolution?

Pence: Qatar has the worst record in the region for fighting terrorism, and most Qataris follow a Wahhabi interpretation of Islam. Despite this, the United States has strong ties with them, maintaining CENTCOM's forward regional headquarters at Qatar's Al Udeid Air Base.
Qatar is a force inside the Wahhabi movement that is often at odds with the Saudi monarchs. Their support of the Muslim Brotherhood in Egypt and more populous forms of Salafism ultimately threatens the hereditary rulers of the House of Saud.

Our Maps on Monday series looked at the Sunni Gulf States and an overview of the Sunni Arabs.