Hillary and Holt take Round One -- Lessons for Mr. Trump


In football when a coach is asked what went wrong after a defeat, he often waits "to look at the film." Hillary Clinton dominated the September 26th presidential debate. Much of the time, Donald Trump and a huge TV audience were listening to her well-prepared explanations of US policy and government. The possibility of a first female president was normalized. Indeed, for an hour that evening, the probability of this monumental change in American sex roles seemed assured. Her well-prepared zinger on being prepared was the best line of the night. Her surprise introduction of a woman whom Mr. Trump had called "Miss Piggy" and "Miss Housekeeping" was amplified with a post-debate release of video interviews with the beautiful Miss Venezuela. Even Mr. Trump was asking, "Where is this coming from?"

To radio listeners, Mr. Trump’s sniffles were distractingly diminishing; and on TV, Mrs. Clinton seemed the more vigorous and healthy of the two.

The moderator Lester Holt was serious, authoritative, and professional. He got out of the way when the candidates were sparring. He let the candidate exchanges dominate. On first impression he was impressively unobtrusive. After reviewing the film and watching the referee, a different conclusion emerges. Mr. Holt introduced the discussion of our nation's longest war by stating as a fact that Donald Trump was for the Iraq War. Mr. Trump, who took over the Republican primary by opposing the Bush/Rove/ McCain /Romney/Rubio narrative on Iraq and the Mideast, spent the next few minutes disputing the moderator who sidelined the important policy debate by blowing up a single comment of Mr. Trump on a Howard Stern radio show as his "support for the war." This 'fact' did allow Mr. Trump to explain his very early role in opposing Fox News (and his friend Sean Hannity) and the Republican foreign policy establishment on their strategy in the Mideast. Mr. Holt introduced (and Mrs. Clinton reiterated) that President Obama’s birth certificate controversy was a "racist" attack on America’s half white/half black President. Mr. Trump did not answer that this was a question of nationality, not race -- even though he once explained away Ted Cruz leading him in Maine because it is so close to Canada (Mr. Cruz’s birthplace.) Mr. Trump’s whole nationalist campaign is based on his ability to lead all Americans as a common territorial community against others with globalist loyalties, racial identities, and no concern for territorial integrity and nationalist identity. Mr. Holt identified such territorial concern with racism. He has a lot of journalistic company in making that assumption. For Mr. Holt the right of Americans to see Mr. Trump’s tax returns was more pressing than our claim on Mrs. Clinton’s destroyed emails, and her ties to foreign donors at the Clinton Foundation. Very unobtrusive, indeed.

Mr. Trump squandered openings by not turning the cyber question and his tax question to Mrs. Clinton’s security record. He lost the debate to two people, but he has beaten 17 before so we will cut him no slack in our halftime analysis. The only question (and it is a presidential one): will he and his team learn from the battlefield to make adjustments that win the game? 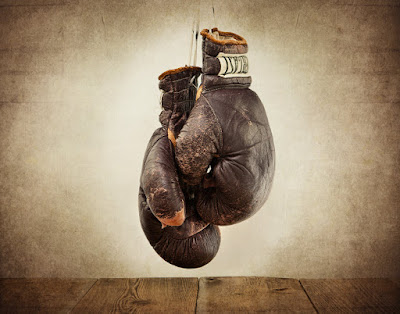 If your beauty queen gains weight while still representing the pageant you cajole her into regaining her discipline because her looks matter for the whole year. So Mr. Self-Centered, no sniffling! Get back on Hillary’s lack of stamina during the Benghazi attack when she went to bed early, sent Susan Rice to lie on talk shows because of "her fatigue in talking with families," and missed the Congressional hearing because she fainted. And remind us again that America can defeat ISIS and rebuild our economy because your leadership will unlock the fighting power of American men and the productivity and love of all Americans. You are running to make America great again by organizing protection and production -- the tasks of governance. You say you are a "winner" because you know how to set high goals and then figure out how to accomplish them. Hillary and Bill Clinton in their open marriage and their closeted criminal syndicate of foundation, public office, and a segment of the Democratic party have been preparing to take back the presidency for a decade. She is prepared not to govern well or organize protection, but to win the election and be the first woman president. The baby-boomer power couple thinks that is the ultimate achievement in itself. They are aiming to complete the baby-boomer sexual revolution. It is not governing, but becoming president that is her goal. The Clintons and the many cultural revolutionaries that accompany them really do believe that overthrowing human nature is being on the right side of history. They aim to fracture our masculine protective republic under God our Father. The "Moral Outrage against Donald Trump" Emmy Show was best summed up by one starlet leaving the stage smugly announcing their real slogan: "Smash the Patriarchy." No more beauty pageants for these ladies or all-male military units for our country, or safety from the domestic violence of abortion for our children. The culture of protection and life shall be subverted and the protectors shall be called bullies, whether they are husbands or local police or young males in the military. Donald Trump stands for all those protectors and he must be shamed. Give a big smirk and call him "Donald" as he addresses you as "Secretary Clinton." Then paint him the monster bully  with millions of dollars of TV ads. Crush the men who get "off the reservation."

Like Israel of old, our country must choose. There is before us an elaborate new pageantry of crashing glass ceilings and crowning the feminist Queen of careerism and abortion. The sexual license and moral anarchy unleashed by this electoral inversion ritual will make the revelry at the Golden Calf look like a Baptist picnic. For some unknown reason in God's Providence, Mr. Trump is the instrument afforded us to stop that unholy revolution masquerading as Moral Outrage. Let us all learn from Round One.