If you read Robert Jones' new book The End of White Christian America or listen to assorted progressive commentators, you might think the Donald Trump campaign is one last gasp by Christians to recover their lost status in the new improved United States of Diversity. But is that rich white man the real standard bearer for America's WASP elite? 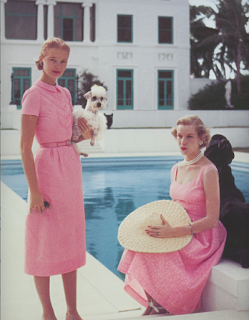 The white Anglo-Saxon Protestants who once shaped their young in the Christian denominational schools of Harvard, Princeton, and Yale no longer employ those schools to transmit Christian dogma. Their philosophy is very different today, but the schools still shape the educators and journalists who   shape American culture. The modern consensus of the WASP elite is also transmitted by the white clergy of the mainline Anglican, Presbyterian, and Methodist Churches. While membership in these churches has had a precipitous decline, the interplay of elite schools’ ideology and the mores of mainline Protestant clergy still plays a significant role in shaping American culture. The Soul of the American University: From Protestant Establishment to Established Nonbelief by George Marsden is a good place to understand how the WASPs first lost belief in the Divinity of Christ and then gave up religion in general. The WASPS held on to the schools, the foundations and the paying church jobs as they outgrew Jesus Christ, that embarrassing sectarian. This prepared the way for today's globalist individualists who have outgrown nationalism, and now condemn the exclusionary violence of patriotic loyalty in the same churches that once blessed "the sword and shield of the Spirit."

The modern moral consensus favors negotiation over the use of force, rational discussion over appeals to authority, credentials over charisma, globalism over nationalism, individual autonomy over Divine Sovereignty, and individual identity over biological determinism. This consensus is taught at universities and enforced through human resource policies. While the media trumps the clergy in shaping culture, their intellectual consensus about reality, morality, and human relations is still transmitted in Christian ceremonials.

The consensus is transmitted as an "inclusive church" for all. Congregations celebrate their own righteousness more than the majesty of a Father God. They pay special homage to a new code: human autonomy in all matters sexual and strategic nonviolence in all matters political. Living out the mandates of their new code has blunted the older emotional commitments to defend or even discuss the Virgin Birth, the Resurrection and Ascension of Christ, the Second Coming, the historical reality of original sin, the perfidy of Satan, the mystery of the Trinity, or the truth of Scripture. It is no longer the creed or cult that defines the congregation but the new code. The code is not peripheral to the great tradition but at its heart… for it is sincerely their new definition of love. And, as Scripture tells us, love covers a multitude of sins.

There is a problem, though, for the American white mainline churches. It is a problem born of their own success. Their forefathers were missionaries and now the numerous worldwide churches which they seeded have a role in worldwide church governance. The Africans who received the faith from the great grandparents of today’s white Methodists and Anglicans cannot believe what they are hearing. The Christians of Africa and Asia still believe in cult and creed. They see sexual roles as a manifestation of a sacral hierarchy, and they still treat the sacred as the ultimate reality. The white Anglo-Saxon Protestants are a dying but still wealthy clan. The global Christians are racially diverse, dynamically  orthodox, and joyously populous. The WASPs still hold sway in the post-nationalist European institutions (and their paradoxically well-financed national churches). They rule supreme in American universities and the mainline American clergy. (Why they make covert alliances inside the Catholic clergy, but open war with the Orthodox nations, is another story). 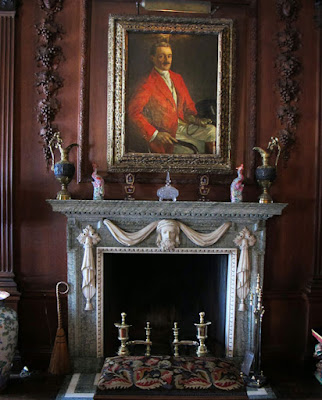 The most recent conferences of the Anglican and Methodist worldwide churches portend defeat for the tired old white elite. Religiously exhausted, the de-Christianized and emasculated whites have a lot more money and buildings than the dark-skinned South. But they are being out-prayed and out populated everywhere. The notion that Christianity is evolving into a gender-less commune of soft-spoken Scandinavians is not playing well in Nigeria or Alabama. The racial divide in America among evangelical white Christians and evangelical black Christians is thin as gossamer compared to the wall arising between the global Christians of Africa and the gender-ideologues of America. The rich white globalists rule for now, but the global Christians of the South with their Catholic, Evangelical, and Charismatic allies in the US are ascendant.

In America the separation of the believing Christians into opposing parties has placed us under secularist or nominal Christian party leaders who horde our votes and ignore our souls. Breaking up the present party coalitions in a new era will help a robust racially integrated public Christianity emerge as America’s greatest font of social capital. Donald Trump, who busted up the Republican side of the dysfunction, now faces the Democratic power couple who continue their syndicate’s rule of the old workingman’s party of black Baptists, urban Catholics, and progressive evangelicals. Trump gave a major address on Christianity and America at Liberty University in January 2016. His core message was barely reported:


"But we are going to protect Christianity. And if you look what's going on throughout the world, you look at Syria where if you're Christian, they're chopping off heads. You look at the different places, and Christianity, it's under siege…

"And we've got to protect because bad things are happening, very bad things are happening, and we don't -- I don't know what it is. We don't band together, maybe. Other religions, frankly, they're banding together. And if you look at this country it's got to be 70 percent, 75 percent, some people say even more, the power we have, somehow we have to unify. We have to band together... the country has to do that around Christianity. So get together, folks, and let's do it because we can do it."

That is not the language of the WASP elite. It is not a dog whistle to racists—it is a call to Christians to unite as Americans. Forget the parties; let us be Christian patriots.

The WASPs make a different appeal. Their cultural imperative is a worldwide sexual revolution. Pope Francis has called it "ideological colonization." The WASPs are like their allies, the European Catholic bishops, who are organizing to mainstream homosexuality in Europe in the manner it already inundates the Roman clergy. A German cardinal recently warned white reporters not to listen to African cardinals on the subject because Africans consider "homosexuality a taboo." That is how the highly-educated Americans look at their domestic black allies as well -- they are a good bloc of votes, but the rank and file is still primitive on the gender question. Gender ideology involves killing the patriarchal God, neutering the Divine Sonship of Christ, disbanding the masculine bond of national brotherhood and redefining the heterosexual character of marriage. The darker-skinned worldwide Christians of the global south and the black Christians of American inner-cities are not drinking the Kool-Aid. This represents a serious racial divide, but this rupture is too shocking for the white sexual revolutionaries to even consider. It seems a very hard story for mainline media to tell as well. The first biracial American president came down resolutely on the side of the WASPs against both inner-city black sensibilities and the African Christians on the world stage. On religion, race, and gender he remained the son of his white anthropologist mother.

The death swarm of the WASPs draws near. Soon they will lose President Obama as their unique spokesman who had a claim on black Christians. The new spokeswoman for the old-money WASPs looks a lot more like them even if her wealth is more garishly nouveau riche. If she can win, the WASPs may have one more decade of cultural prominence in them. But the Christocentric Americans now divided by color into the two parties will not be ruled by secularists forever. Anti-Muslim soldiers led by Ataturk in Turkey and anti-Shiites with the Shah in Iran eventually gave way to the deepest religious commitments of their nations. So, too, with America’s secular elite dressed up as old-line Protestants ruling over authentically Christian populists.

Candidate Trump is not the voice of dynamic Christian orthodoxy, but he is the voice of one component of Christian culture. He sees the nation as the primary community of social protection. For biblical Christians that theme reverberates through the pages of Scripture into the marrow of our bones. If Mr. Trump draws men together as American citizens, he makes it more likely we will rediscover our even deeper ties as fellow Christians. The parties will realign and the color barrier will be breached. Mr. Trump is not a frequent church-goer but he has a tribal loyalty to Christians, in the same way he has a tribal loyalty to Americans. (Scots are like that.) He is viscerally offended by the decapitation of black Christians in the Mideast. His response is not one of sadness or disbelief, but anger. Our collective honor as Christians must be avenged or our women and children will be enslaved. Effeminate clergy and Christian university intellectuals don’t think like that. Scottish tribal chiefs do. The 4th-century emperor Constantine was no Christian saint, but he turned the sword of Rome to defend Christians against the old pagan elite who had been killing them. He waited till his deathbed to be baptized in case of future sins, but that old sinner performed one of the greatest acts of peacemaking and protection in the history of Christianity.

The WASPs have their candidate. She and they share an aversion to selectively defending Christians at home or abroad. Such "sectarian favoritism" contradicts their inclusiveness ideology. They are much more comfortable with their class and social allies of old white atheist Europe. In fact, they would much rather make war through bureaucratic dealings and personal contacts in NATO than the public forum of the U.S. Senate (see airstrikes on Serbia with B. Clinton, and airstrikes on Libya with H. Clinton). The gender-bending power couples of America’s foreign policy elite have much more in common with the feminist defense ministers of Scandinavia than with the foot soldiers of Serbian Orthodoxy who fought at the front of the Muslim/Christian divide in the 1990s. 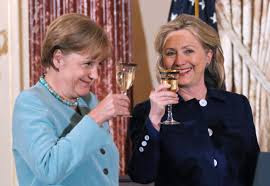 So let us ask: who really is the candidate of a dying white tribe? Is it the man who is calling black, white, and brown Americans together as fellow nationalists? Or is it the career feminist toasting her white sister Angela Merkel as they become dowager empresses for the crumbling West? A form of white Protestantism is dying before our eyes. It is part of the de-Christianized West which is dying as well. Don’t weep! It is neither Christian nor American. Christianity is alive and well -- speaking many languages, sacralizing many nations, wearing many colors in America, and even more so in the global South. The dying WASPs are overwhelmingly white. They claim to speak for all races and individuals because of their diversity ideology. The WASPS have always said they speak for everyone. But they have lost their claim to transcendence because they quenched the light of Christ. They are losing their political heft because they have forsaken the nations as the fundamental political form. They are losing the appeal of the common touch because they are at war with human nature.

When you read about the death gasps of a decaying white Christianity -- don’t look to West Virginia or Louisiana. Look to the churches and universities of the East Coast elites. See their abortion-hardened female bishops and their soft coming-out clergy. See their war with African Christians. The future of the WASPs is colony collapse. It could happen as well to their queen bee.