Two of the leading lights of Russian Orthodoxy


Of all the Christians in the world, the Eastern Orthodox comprise only about 12 percent.


By far, the largest of the Orthodox Christian branches is the Russian Church.


(And who ranks second in number of Orthodox believers? Not Greece, but Ethiopia!)


Among the bishops who may one day succeed Kirill, Patriarch of Moscow and all Rus':


This interview with the musical composer (that appeared in 'Crisis' magazine a couple of years ago) is a fine introduction to Hilarion.

Elsewhere he made this remark about our Lord's suffering, Cross, and Resurrection:


"People often ask: why did God save man in this manner? Could he not have chosen a less painful method? Why was it necessary for God to endure the Cross? This is my answer: there is a difference between the person who sees someone drowning overboard a ship, throws him a life ring and looks on sympathetically as he struggles free of the water, and the person who for the salvation of another, at the risk of his one life, plunges into the stormy waters of the sea and surrenders his life so that another could live. God resolved to save us precisely in this way. He plunged into the stormy sea of our lives and gave his own life so that we may be saved from death." 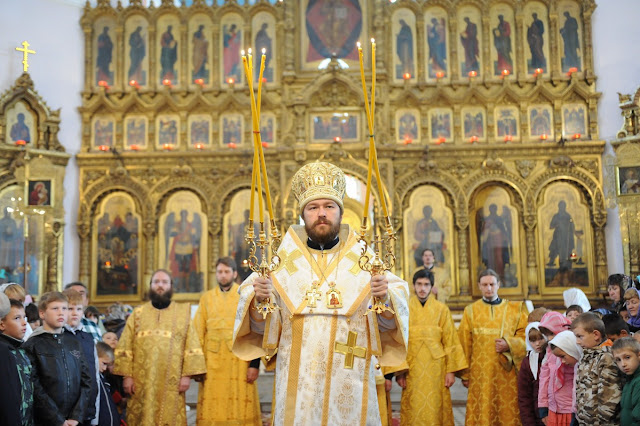 Tikhon, as a young man, studied film screenwriting. Nowadays -- often referred to as President Putin's confessor -- he creates films such as this on the world's longest-lasting empire [the narrator of the English version is very distracting], books such as this bestseller, and an extensive website. 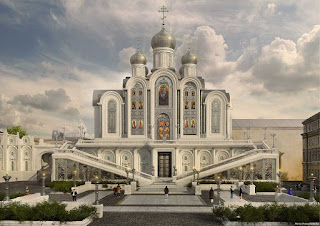 He has also organized the construction of a new church in Moscow (sketched above) which will be dedicated to the thousands of martyrs during the Soviet era.

Tikhon says: "After 80 years of militant atheism, Russians have gained unique experience not only in preserving Orthodoxy under the conditions of a totalitarian state, but also of an active contemporary Orthodox mission within one's own nation, in a society which is often called 'post-Christian.' The main bearers of Orthodox spirit were the new martyrs and confessors of Russia. Amongst those confessors were those who have lived even to our own days. One of these was my spiritual father, Archimandrite John (Krestiankin), who lived through the Stalinist camps. He remained unbroken, and was an example of the greatest Christian love and faith to the end of his life..." 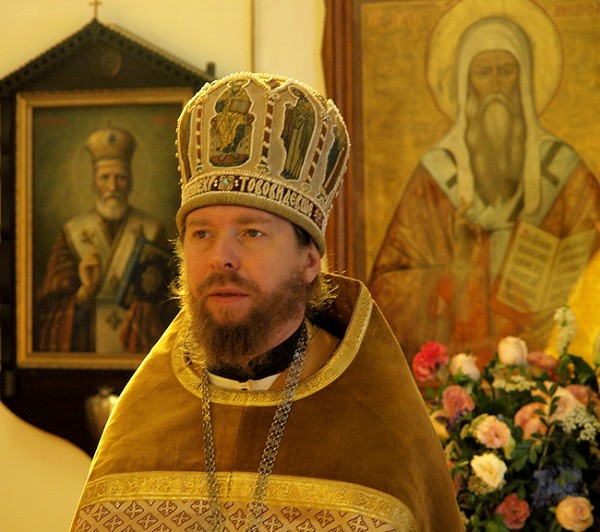