Francis Fukuyama (shown here), in the first of his two-volume work on Political Order, began by weaving the evolutionary history of primates to the development of political states. 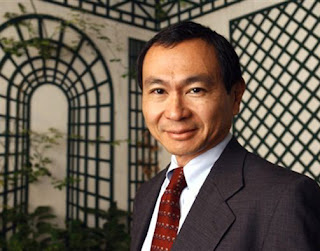 E.O. Wilson, the world’s leading 'myrmecologist' (student of ants), is also the father of sociobiology. He, too, has sought  to base the social sciences of history and sociology in the natural sciences of evolutionary biology.

Neither man believes in God. Both are intellectually dismissive of Divine Providence WHO reveals the bond of nature and history.  Both came from backgrounds deeply entwined in Christian belief. Both men are conversationally approachable as teachers and stunning intellectuals in their fields. They are honest prodigious thinkers. But they have lost the transcendent horizon. We attempt their task informed by religion: Natural Selection and Reproductive success: Catholic Culture as the Strategy for Life.