The Playboy and the Feminist: A lesson from the Chinese cultural revolution


Hugh Hefner, founder of Playboy Enterprises, was always for the feminist revolution. He saw women’s liberation as an ally in the battle to divorce sexual relations from the covenant of marriage. He saw abortion as an important antidote to the natural consequences of heterosexual coitus. He was liberating men from the outdoor magazines of 'Field and Stream' so they might cultivate a more indoor lifestyle of cocktails, conversation, comfortable dress, voluptuous women and sumptuous surroundings. He wanted to be James Bond without assuming the risk of a warrior’s death or the burden of a patriot’s duty. JFK was more the James Bond patriot.  Hugh Hefner was something else. 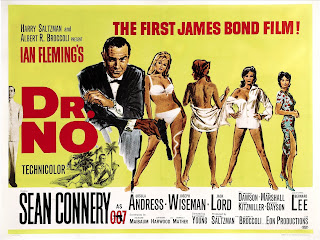 Hefner was the male side of the sexual revolution until the promiscuity of homosexuals and the vulgarity of  'Hustler' magazine made him obsolete. However, a lot of wealthy heterosexual men got the memo and were liberated in thought, word, and action to live the dream. Donald Trump is their poster boy.

This does not mean he should resign from his elected role as the leader of a nationalist movement to reform American political life. Better to follow King David—he should repent and turn his heart to the Lord for the good of his nation. Like Paul on the road to Damascus, he should speak as a repentant and converted man. He should encourage his Christian brothers to sermonize on how promiscuity and the sexual revolution break down intimate permanency as well as social protection. Running for president forces a man to  become more deeply aware of the bonds that tie us together. He is running because he loves his country. He saw a nation of lions being led by a herd of donkeys and it angered and inspired him. But coming to grips with the nature of civc life and the bonds that tie us together has ben a real school in the importance of God and sexual decorum in restoring our shattered American civic life. He is being schooled in the interrelated loves of religion, patriotism and marriage and he is finding himself not as terrific as he once thought.  Nothing makes us more aware of our bad behavior than seeing it played back in our lives by video, or even worse in the imitative acts of our offspring. But these are opportunities to repent and come to realize how much both men and nations depend on God to love well and do our duties.  It is not just Donald Trump who needs to learn this lesson. Maybe the shaming of Donald Trump will awaken black comedians, white shock jock radio hosts, and American college men that the ubiquitous mainstreaming of pornography and the cultural flight from God has diminished us all. The sexual, drug, and conspicuous-consumption revolutions have turned us away from the religious and civic duties that tie men together as fellow citizens. Those revolutions have made men less potent to live with one woman as a  faithful spouse. Let us repent!

Both candidates in the presidential election are in the elder years of the baby-boomer cohort. They are each creatures of their age and generation. One however is seeking repentance while the other awaits her coronation. Mrs. Clinton is an unapologetic feminist seeking to command the overwhelmingly male protective covenant of our armed forces. Her approach to female protective duty has been to poison a generation of American women by painting abortion as a rite of passage to modern womanhood. Her almost ritualistic devotion recalls the Aztec cult of human sacrifice. Then and now, the collaboration of the civic order in such unnatural killing places the nation in great spiritual danger. This rejection of maternity in the name of choice has been the signature of her career. She has modeled coarsened careerism as the highest female status especially if the career was once restricted to males.  She asserted the dominance of the will over the duties of the womb and so destroyed a mother’s heart.  She has tolerated, defended, and promoted a selfish male predator as her political and business partner while discouraging the emergence of younger masculine public protectors as national leaders in her urban-based party. She will seal the cultural revolution of her generation if she takes the Oval Office to preside over public life, while her partner employs the White House pursuing more private affairs.

There is a man in her way. For most of his life, he played the playboy and like many a spoiled prince has a hundred bad tales to tell and a thousand who will tell tales on him. But now it is he who is called to slay a dragon for the nation. To slay the dragon, he must call the men of our nation into protective attention and brotherhood. He must build the strongest alliances with the strongest nations possible to isolate and defeat our civilizational enemy. Dark-skinned Christians are being beheaded and our nation is being summoned to defend them. He is the one candidate who has not been saddened by these deaths, but angered. He has proposed an alliance of great powers -- a concert of nations to eliminate ISIS. The Salafist jihadists seek to turn a billion Muslims into our enemies. Islam is not our enemy, but our enemy takes the name of Islam. This election is about choosing the best protector for our nation. Who will build the strongest alliances and who will define, isolate, and destroy our foe? Unlike all the chief candidates of both parties including his own running mate, this man does not seek a war with the main regional powers of Eurasia, East Asia, and the Mideast. Mr. Trump would quit trying to fight the whole world because they are not feminist westerners. He would ally with the big guys (in Syria that is Russia, China, Syria, and Iran) to eliminate ISIS in the Mideast. He would ally with our policemen and galvanize the male citizens of our inner cities to join as city fathers and brother protectors across the color line to socialize our young men in a new culture of city life. Blessed are the peacemakers for they shall bring law and order.

The American sexual revolution, like the Chinese cultural revolution (1966-1976), was a disaster for both countries. The American cultural revolution of atheistic sexual confusion and fiscal irresponsibility was supported by both parties and the coastal media elites. Our nation is 20 trillion dollars in debt. Even worse, we are morally bankrupt -- having turned our national soul to other gods. As always when the sacred is lost, sexual chaos ensues. The public masculine bond of military protection and the private male/female bond of marriage are frayed and shaken. Abominations are celebrated. We are poised for war with Russia, China, and Iran by a series of outdated entangling alliances. Politicians outdo themselves in exacerbating these conflicts to show how tough they are. We insult strong male national  leaders as bullies or religious fanatics. Meanwhile, we subsidize the population bombing by Saudi Arabia against the Shia Houthi tribes in Yemen. Mrs. Clinton  particularly has been at the heart of  our failed foreign policy. She advocated the destabilization of both Libya and Syria and failed to diplomatically build an alliance with Russia in our common war against the jihadists. Now she has  announced to ISIS that she will send no ground troops to destroy the Christian killers. The American cultural revolution of sacrificing social protection to promote female careerism continues.

For China there was a different story. In the late 1970s a group of adult men in China put an end to their terrible bloody farce, and set China on the road to a great moral and economic recovery. The last group of ruling cultural revolutionaries were called "the gang of four." They included the wildly ambitious last wife of Mao Zedong—Jiang Qing. She was imprisoned in 1976. The three males were executed.

In China, after a decade of the destructive Cultural Revolution, the grown-up men came back and saved their land from the crazed frenzy of the student mobs. There is a violent American frenzy as well: police assassinations in our inner cities, flag burnings against Trump at political rallies, and thought Gestapo on our campuses suppressing the speech of religious traditionalists and allies of Israel.

Americans have our own Jiang Qing of "unbridled ambition." The media are in their own frenzy to push us to complete our cultural revolution by electing her. They press us to embrace the wide smiling heavily-caked face of a debilitated grandmother. They agree she has the resume. Donald Trump is to be humiliated. Men will see what happens when one "gets off the reservation." The feminists and gays will take care of politics and the military -- that should stop the harassment of women. Small infractions will be expanded as great sins go unconfessed.

But in this maze of disproportion and misdirection the most over inflated image is the balloon doll figure of Hillary Clinton as "the strong and competent woman." Her image is floated across media screens as the culmination of all social revolutions. But her story is really about a well connected white woman reaching for the top step of the status ladder.  Recall the female President Coin of Hunger Games -- no woman of the people but a woman for herself. Americans now face the same problem of the citizens of the outer districts in that great fable. How can we cast off the bizarre personalities of the Capitol and restore just government for working people? The Chinese ended the cultural revolution by jailing Mao’s ambitious spouse. Better that we American gentlemen send our Dowager Empress home to bake cookies. She really is physically failing and it was our own negligence that allowed that super sized balloon such altitude.

This is the baby boomers' last chance at political leadership. The failure of our generation to build on the peace of Reagan-Gorbachev can still be redeemed. Let us repent and turn our nation’s soul back to God. Let us restore the bond of protective brotherhood across the generations and color lines. It will take all of us in rightly ordered formation to fight the religious war in which we now engage. So it always was with the Israelites. When they abandoned God, they were weakened from within by immorality and overrun from without by their enemies. When they returned to God, the men could "fight like one man”  and their foes were vanquished. Let us repent and return to God... and let us vanquish our foes.