Catholic Sociobiology: The Idea of the Holy


Rudolph Otto (1869-1937) was the Chairman of Theology at Marburg University in Germany. The Lutheran theologian’s book Das Heilige (1917) has never gone out of print, and has been translated in over 15 languages. It influenced both Karl Barth and Mircea Eliade. Otto’s unique depiction of the Divine was triggered by his 1910-1911 trip to the East when he visited North Africa, Egypt, Palestine, India, China, and Japan. After that (says his friend and English translator, John Harvey) he would see Christianity always in terms of humanity and as a culmination of the world religions more than a truth to be upheld against the arrogance of Western science. He set aside his argument with the materialists and took up a broader conversation with men trying to know God. He thought his earlier work was important, but now he had become a global Christian not a disputant in the quarrels of the West. In his introduction to the 1923 English translation he wrote, "I spent many years of study upon the rational aspect of that Supreme Reality we call God and the results of my work are contained in my books (e.g. Naturalism and Religion, 1907). I feel no one ought to concern himself with the ‘Numen ineffable’ who has not already devoted assiduous and serious study to the ‘Ratio aeterna.’"

Otto objected to reducing God to a set of ethics or a universal morality of humanity. Something fundamental to religion was missing in such projects. He defined this as "Holiness -- the holy -- is a category of interpretation and valuation peculiar to the sphere of religion." He had taught comparative religion enough to know that such studies often lead to a subjectifying of religion. It was no longer the divine that was being studied, but men and their many ways of mistaking psychological experiences for an encounter with God. Such a book was written by American psychologist-philosopher William James: The Variety of Religious Experiences (1902).

Rudolph Otto wrote a very different book. He set out to explain certain characteristics of the Holy -- of the mysterium tremendum et fascinans.  He has several important things to say about the human soul and man’s capacity for the holy, but first he described what was outside of man. He tried to isolate the particular element of the holy that is beyond absolute goodness or ethical perfection.
"Our inquiry into that element which is separate and peculiar to the holy… minus its moral factor… minus its rational factor all together. By means of a special term we shall keep the meaning apart and distinct -- beyond the meaning of goodness. For this purpose I adopt a word coined from the Latin 'numen.' Omen has given us ominous and there is no reason why from the word numen we should not similarly form a word numinous." 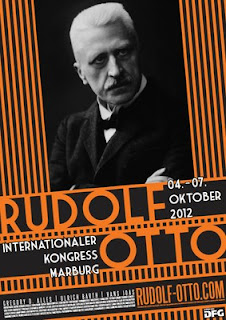 He proposed studying the external fact of the numinous as well as the numinous state of mind, but it is contrary to his project to identify the object with the one who perceives it. We can talk about listening and appreciating music but that would never give us permission to discard the orchestra. This is always a problem in talking religion with the modernists who reduce the conversation to the faith of believers, which starts as psychology and ends in pathology. The modern must reduce the experience of the numinous to a state of mind or desire or deficiency on the part of the believer without paying any heed to the reality of the spiritual being encountered. Otto is not trying to convince moderns of God’s presence. He is helping those around the world and through history who have reported their encounters by introducing a vocabulary -- the numinous, the mysterium tremendum et fascinans. In the early chapters he even requests "those who cannot call to mind a moment of deeply felt religious experience to read no farther." He will not trouble the blind with lectures on color. Otto also insists for his reader that we will understand better the Holy, and man’s capacity for the Holy, if we focus on what is unique in religious experience. To be rapt in worship is one thing. To be morally uplifted by the contemplation of a good deed really is something else.

Otto’s book is 200 pages long and there are a full twenty pages describing these three words. It is worth it to read them.

Mysterious has to do with total otherness. It invites reflection, if not comprehension.

Tremendum is the terribleness inciting wonder, awe, and fear. Something can be so terribly potent that it would be fatal to even innocently touch it -- like the man struck dead after steadying the ark. There are constant warnings in the Old Testament that if one would see G-d face to face, he would not live. When we are confronted by this reality of tremendum we know. We fall to our knees, not to embrace but worship while shielding our eyes. The tremendum is the fear of the Lord. Sensing that one is in the presence of such a power, there is an "inner shudder."

Fascinans: "Love, mercy, pity, comfort, religious bliss and even a strange ravishment, rising often to dizzying intoxication; the Dionysiac element of the numinous."

"These two qualities, the daunting and the fascinating, combine in a strange harmony of contrasts… that from the daemonic dread onwards is at once the strangest and most noteworthy phenomenon in the whole history of religion...The creature cowed and cast down… and yet it allures with a potent charm."

The Holy, says Otto, is 'a priori.' We do not have fathers and project the fatherhood of God. We are not afraid of a snake and then fear the devil. Both the Holy and our ability to perceive the Holy are a priori to other experiences. Experiences are often analogous, but the soul has an eye of its own. A capacity for the divine is a defining characteristic of the human soul. Our three numinous faculties (the intellect, the will, and the heart) let us know, choose, and desire not just physical objects but the spiritual realities. These faculties "issue from the deepest foundation of cognitive apprehension that the soul possesses."

Professor Otto died just as his country was being drawn into a mysterium tremendum et fascinans which most certainly was not holy. It was, however, another kind of proof that what he wrote about was closer to reality than the stunted world of rationalists and empiricists who understood neither the racial movement of the Nazis nor the spiritual depths of religion.

Numen:  a divine presence over a thing;  (derived from a nod, as if the Divine Presence is a gesture from God nodding to us.)    Encounter Him in the Jesus Prayer. 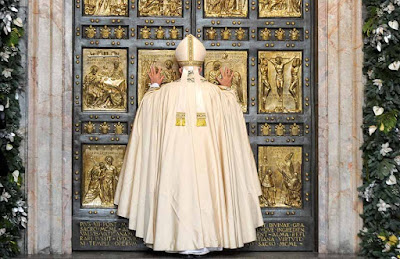