A 17th-century artist and monk of southern Spain 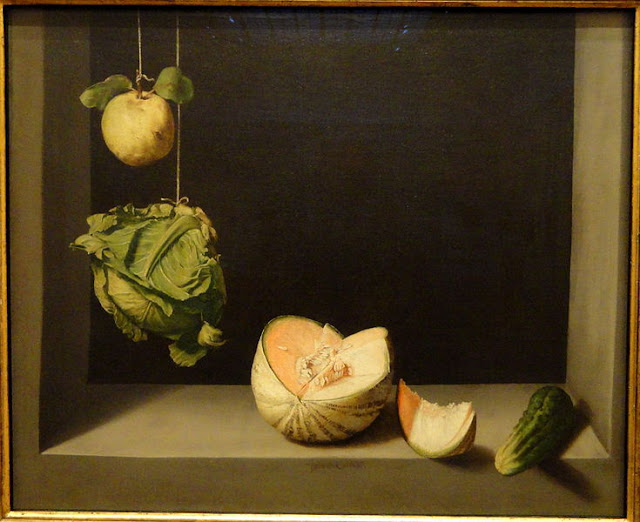 The reaction of Theodore Dalrymple to Juan Sánchez Cotán:


A few years back, the National Gallery held an exhibition of Spanish still-life paintings. One of these paintings had a physical effect on the people who sauntered in, stopping them in their tracks; some even gasped. I have never seen an image have such an impact on people. The painting, by Juan Sánchez Cotán, now hangs in the San Diego Museum of Art. It showed four fruits and vegetables, two suspended by string, forming a parabola in a gray stone window.

Even if you did not know that Sánchez Cotán was a seventeenth-century Spanish priest, you could know that the painter was religious: for this picture is a visual testimony of gratitude for the beauty of those things that sustain us. Once you have seen it, and concentrated your attention on it, you will never take the existence of the humble cabbage—or of anything else—quite so much for granted, but will see its beauty and be thankful for it. The painting is a permanent call to contemplation of the meaning of human life, and as such it arrested people who ordinarily were not, I suspect, much given to quiet contemplation.

Sánchez Cotán (d. 1627) became a Carthusian monk. Their life, says Thomas Merton, "is notable above all for its single-minded insistence on silence and solitude. All monastic orders recognize that the monk is supposed to live in some sense alone with God. The Carthusians take this obligation as literally as they can."

What is the motto of the order? Stat crux dum volvitur orbis ("the Cross is steady while the world is turning.")

Here is another writer's take on the painting.