Max Planck (1858–1947) won the 1918 Nobel Prize in Physics “for his work on the establishment and development of the theory of elementary quanta.” He is considered the father of modern physics and a founder of quantum mechanics. He received his Ph.D. in physics, University of Munich, Germany, 1879 (at the age of 21). He was a Professor of Physics at the Universities of Munich, Kiel, and Berlin. His son, Erwin, was executed by the Nazis for participation in an unsuccessful attempt to assassinate Adolf Hitler. 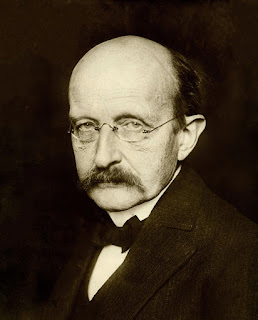 In his lecture Religion and Science (May 1937) Planck wrote: “Both religion and science need for their activities the belief in God.” He concluded that lecture with: “It is the steady, ongoing, never-slackening fight against scepticism and dogmatism, against unbelief and superstition, which religion and science wage together. The directing watchword in this struggle runs from the remotest past to the distant future: ‘On to God!’ ”

Religion Integrates Man to God and the Objects of his Study

“Religion represents a bond of man to God. It consists in reverent awe before a supernatural Might [Macht], to which human life is subordinated and which has in its power our welfare and misery. To remain in permanent contact with this Might and keep it all the time inclined to oneself, is the unending effort and the highest goal of the believing man. Because only in such a way can one feel himself safe before expected and unexpected dangers, which threaten one in his life, and can take part in the highest happiness – inner psychical peace – which can be attained only by means of strong bond to God and unconditional trust to His omnipotence and willingness to help.” (Max Planck 1958, 9).

The "Movement of Atheists" Uses Scientific Knowledge to Disintegrate

“Under these conditions it is no wonder, that the movement of atheists, which declares religion to be just a deliberate illusion, invented by power-seeking priests, and which has for the pious belief in a higher Power nothing but words of mockery, eagerly makes use of progressive scientific knowledge and in a presumed unity with it, expands in an ever faster pace its disintegrating action on all nations of the earth and on all social levels. I do not need to explain in any more detail that after its victory not only all the most precious treasures of our culture would vanish, but – which is even worse – also any prospects at a better future.” (Planck 1958, 7).

A God of Consolation (During WWII)

“If there is consolation anywhere it is in the Eternal, and I consider it a grace of Heaven that belief in the Eternal has been rooted deeply in me since childhood. God protect and strengthen you for everything that still may come before this insanity in which we are forced to live reaches its end.” (Planck, as cited in Heilbron 1986, 195-196).

“That God existed before there were human beings on Earth, that He holds the entire world, believers and non-believers, in His omnipotent hand for eternity, and that He will remain enthroned on a level inaccessible to human comprehension long after the Earth and everything that is on it has gone to ruins; those who profess this faith and who, inspired by it, in veneration and complete confidence, feel secure from the dangers of life under protection of the Almighty, only those may number themselves among the truly religious.” (Planck, as cited in Staguhn 1992, 152).

“There can never be any real opposition between religion and science; for the one is the complement of the other. Every serious and reflective person realizes, I think, that the religious element in his nature must be recognized and cultivated if all the powers of the human soul are to act together in perfect balance and harmony. And indeed it was not by accident that the greatest thinkers of all ages were deeply religious souls.” (Planck 1977, 168).

On the Origin of Matter

“As a physicist, that is, a man who had devoted his whole life to a wholly prosaic science, the exploration of matter, no one would surely suspect me of being a fantast. And so, having studied the atom, I am telling you that there is no matter as such! All matter arises and persists only due to a force that causes the atomic particles to vibrate, holding them together in the tiniest of solar systems, the atom. 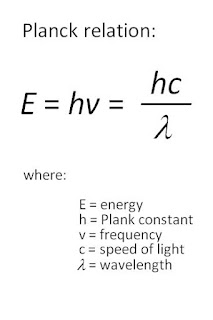 Yet in the whole of the universe there is no force that is either intelligent or eternal, and we must therefore assume that behind this force there is a conscious, intelligent Mind or Spirit. This is the very origin of all matter.” (Planck, as cited in Eggenstein 1984, Part I; see “Materialistic Science on the Wrong Track”).

On Consciousness and Matter